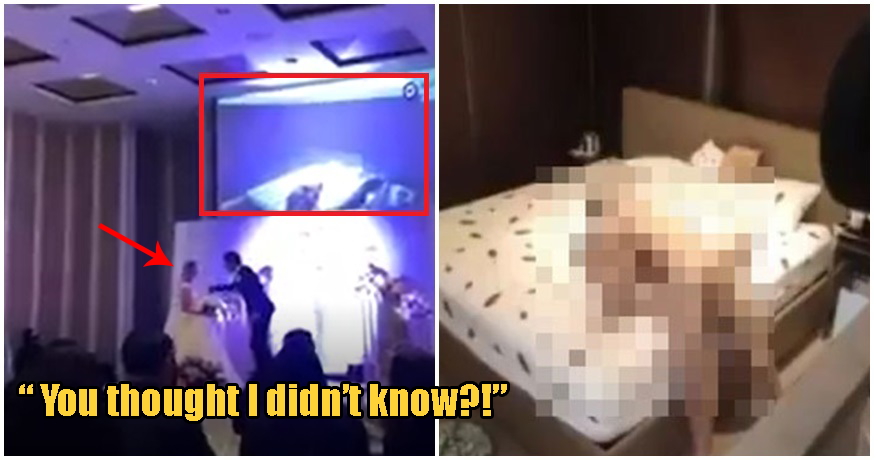 It is usually understood that once a couple is engaged, they are truly committed to one another and are devoted to each other’s goals, ambitions, hopes and dreams. After all, it’s this devotion and loyalty that will take them through marriage and the years beyond that, right?

Well, in a story published by Kwong Wah Daily, this devotion and loyalty clearly didn’t translate during this couple’s wedding! 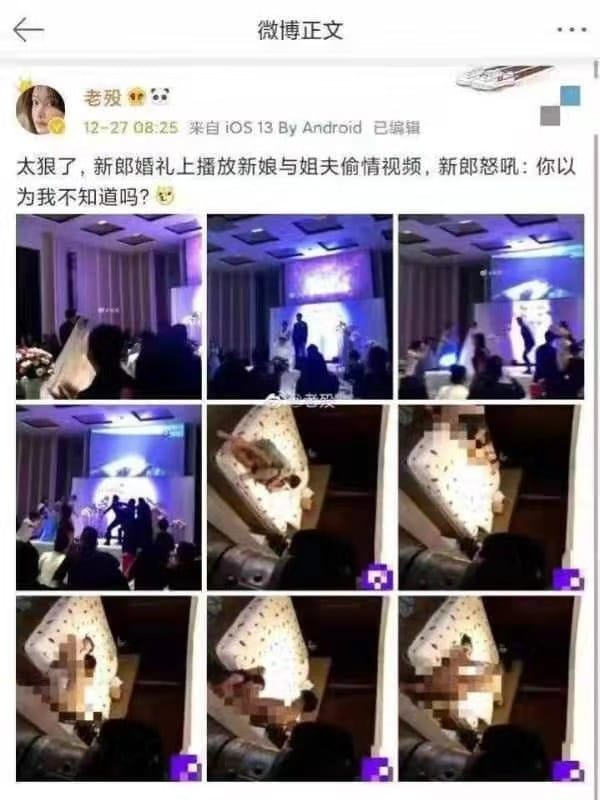 The video starts by showing a bride and groom walking down the aisle, as the emcee introduces them to the wedding guests who attended the ceremony. All appears to be going according to plan, with the couple looking radiant, especially the bride in her gorgeous wedding dress!

They then take their place on the centre stage, and as per most weddings, a wedding video is shown to the audience. You know lah, the ones where they show how the couple looked like as babies, how they met, their dating photos and all. So cute right?

But what the bride didn’t know was that her husband-to-be already knew that she had been cheating on him behind his back with her sister’s own husband!

In fact, he caught them both red-handed in their own new home through the surveillance system he had installed! 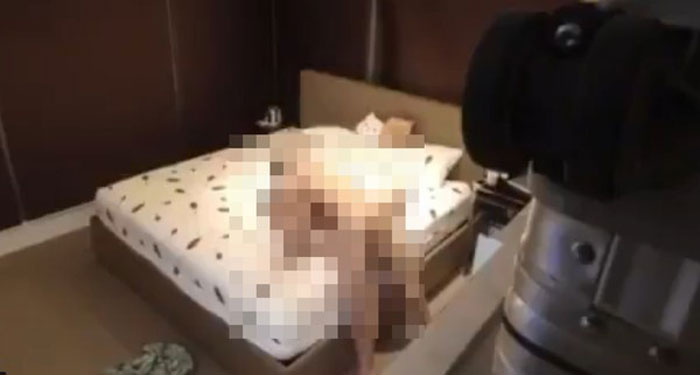 Upon being publicly humiliated at her own wedding, the bride threw her bouquet in a fury at her husband-to-be, while the man angrily asked if she thought he had no idea this was all going on. They were each caught up in such a rage, they had to be immediately drawn apart from each other!

Well, while we certainly don’t think it’s a good thing to go to such lengths to shame someone for cheating, we wouldn’t condone infidelity to begin with either!