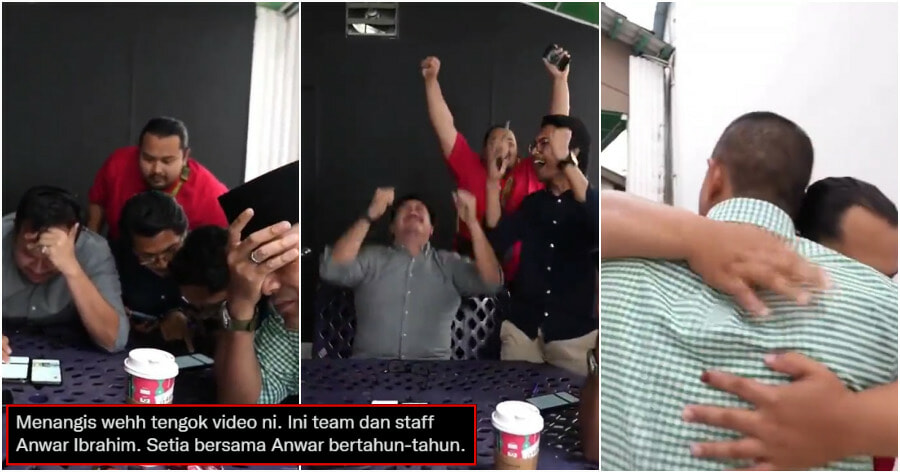 The announcement that Datuk Seri Anwar Ibrahim will be appointed as the country’s 10th Prime Minister may have come as a shock for many Malaysians, considering how long he has been vying for the opportunity to lead the country.

Those who have been through the thick and thin with him are aware of all the struggles he had to endure to get to where he is currently.

Recently, a video which was circulated on social media showed the immense joy and happiness felt by Anwar’s employees after learning the news that he had been selected as the PM. 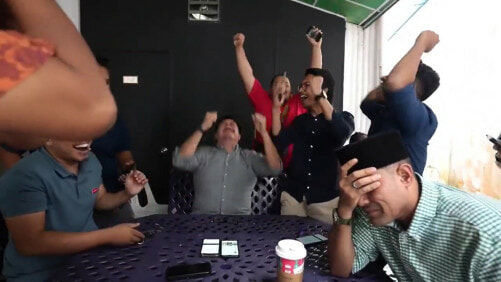 In the video, a bunch of his employees could be seen tearing up and jumping in joy after finding out about the news. 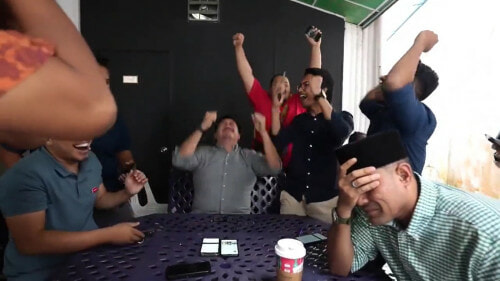 The video started off with a few of his staff crying in disbelief after finding out. This then eventually turned into a moment of celebration as they all hugged one another and celebrated the momentous occasion together. 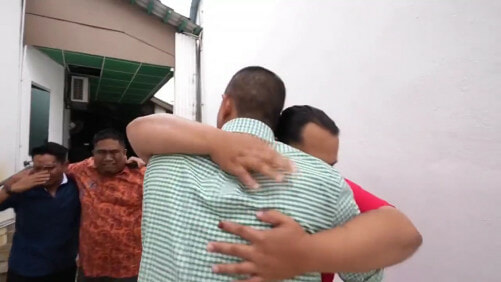 The video which was taken by Anwar’s aide has gone viral. Many Malaysians were understandably overjoyed after seeing how Anwar’s staff has reacted to the news, especially since some of them have been working under him since the very beginning.

Seeing the group of men cry has also made Malaysians tear up.

Meanwhile, a number of netizens urged Anwar to appoint them as his staff under the Prime Minister’s Office to reward them for their loyalty and dedication.

“Competency can be assessed. (But) loyalty can’t be bought or sold. They have been with you through thick and thin.”

Also read: “I used to criticise him” – M’sian Begs For Anwar to Unblock Him on Twitter After a Change of Views 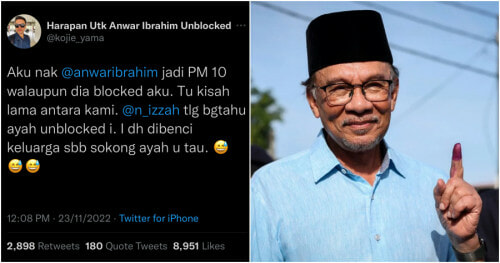