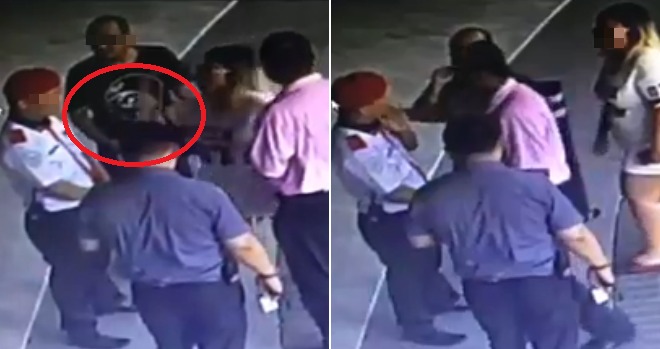 A video went viral recently, showing a woman who claims that she is a “Datin” slapping a security guard. The incident is believed to have happened at around 4.21pm on 29th August at a luxury condominium at Jalan Raja Muda Abdul Aziz, Kuala Lumpur. 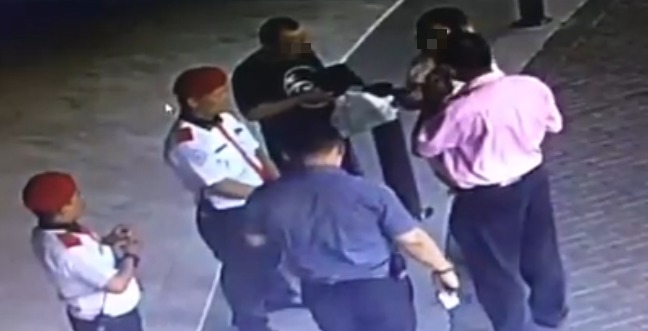 CCTV footage of the incident was widely shared on social media and it was alleged that the Datin was so angry because she was instructed to come down to the lobby to take her food from the delivery person. She had ordered food online and when the delivery guy arrived, the guard had allegedly informed her to come down for her food.

However, recent updates from the person involved and the delivery girl said that the Datin had gotten angry because the girl had been badly treated by the guards. 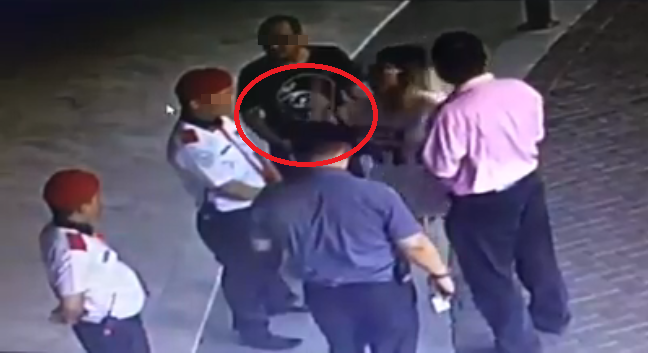 The Datin shared the experience and her side of the story on social media, saying that she was only defending the delivery girl who was treated badly by the guards there.

“I was angry because when I came down, the guards weren’t there and the delivery girl was crying her heart out. She told me that the guards had been very rude and scolded the girl for no reason.”

She said that they had service lifts that could be used from 6am to 6pm which were specially for residents who had deliveries and suddenly, they changed the rules. The system was messed up, and she was frustrated as the girl had been treated unfairly, so she lost her patience. 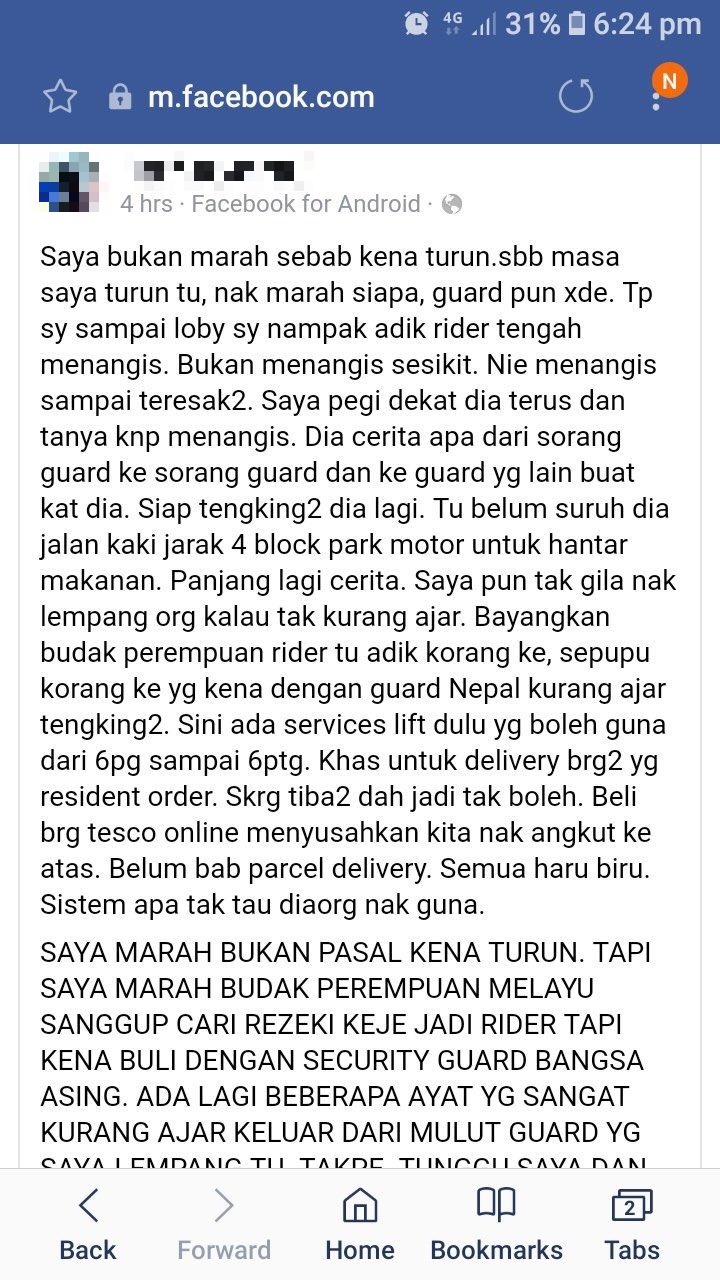 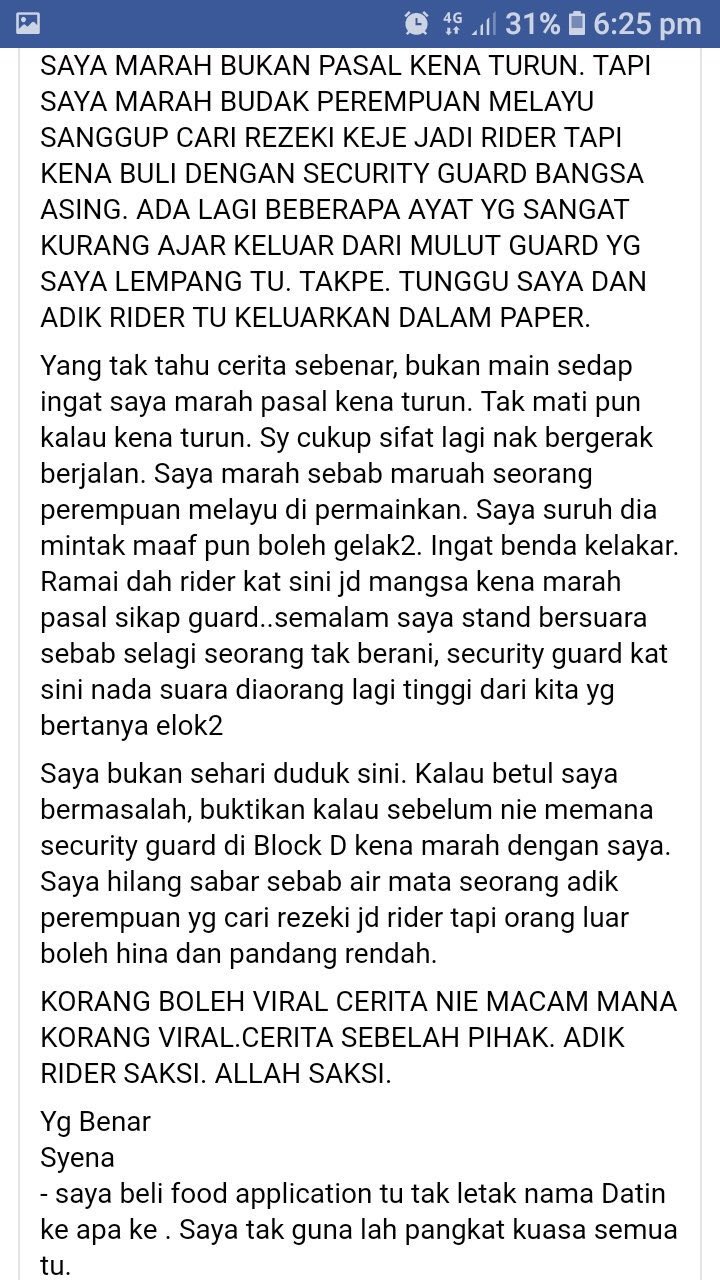 Another netizen also shared on Twitter with the rider’s side of the story, where she said that she was insulted and bullied when she tried to deliver the food. When the Datin and her Dato husband had come down, they saw the girl crying and asked her what happened.

“I felt like I was a foreigner in my own country while those security guards behaved like Malaysians. The Dato asked them to apologise to me but the guards were smiling as if they didn’t do anything wrong while they were doing so, which was probably what caused the Datin to lose patience and slap the guard.”

The girl said that she may be working as a delivery person but this does not mean that they could treat her like a beggar. Meanwhile, the Datin also said that she did not use her title when ordering the food and did not simply use it for power.

Netizens said that although the Datin may have been defending the girl, slapping someone like that was not right and the Datin has addressed this as well, saying that she would bear responsibility for this. However, this provided more clarify about what happened.

What do you think about this case? Did the security guards deserve to be taught a lesson or should she have handled it differently? 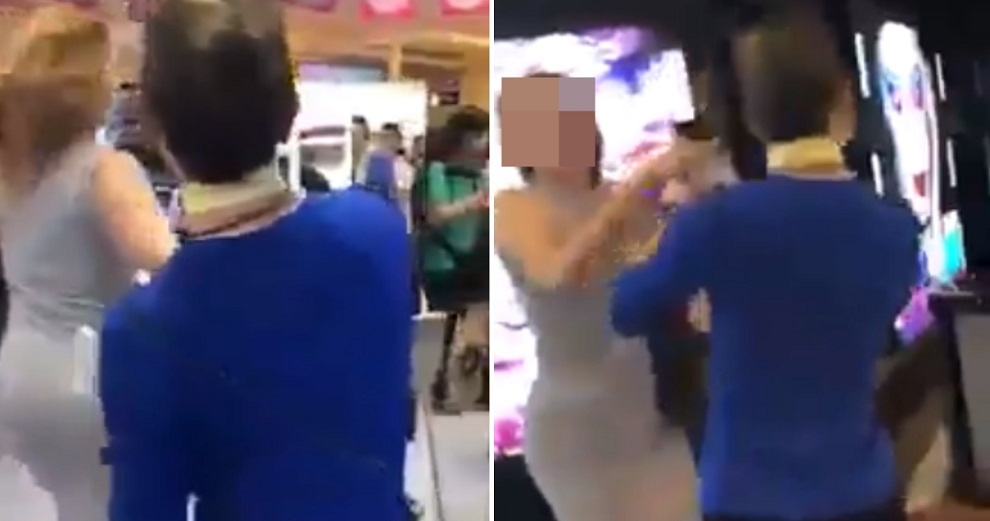