A three-year-old boy from India miraculously survived a tragic fall when a random stranger’s rickshaw just so happened to pass by.

According to Daily Mail, Parv Jain was playing on the balcony of the second floor when he lost his balance and fell 35 feet (10.67 metres) to the ground. However, a man pushing a passenger cart through a narrow back-street walked by just as the boy was falling.

A video captured on 18th October shows a figure crashing right into the cart’s basket which stops the rickshaw driver in his tracks.

He goes to check on the child as other people rush to pick the boy up. Miraculously, he was still conscious and moving!

The boy is then brought out by a woman, probably his mother, who clutches the boy in her arms and brings him out of the shop.

The boy was taken to the hospital where he was later discharged with no injuries. After the incident, the toddler’s family thanked the rickshaw driver by buying him new clothes and sweets for his children. 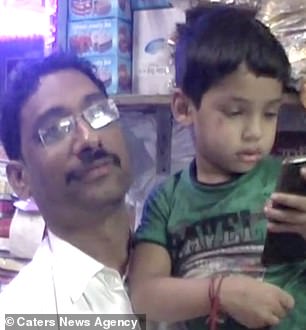 The boy and his father | source: daily mail

What a miracle! It would have been such a disaster if the rickshaw had not been where it had been at the time. Thank God the boy was given a second chance to live!

Also read: Video: 4yo Boy Survives Falling 10 FLOORS After Being Left In Apartment To Play By Himself 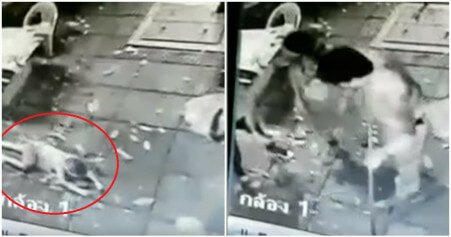