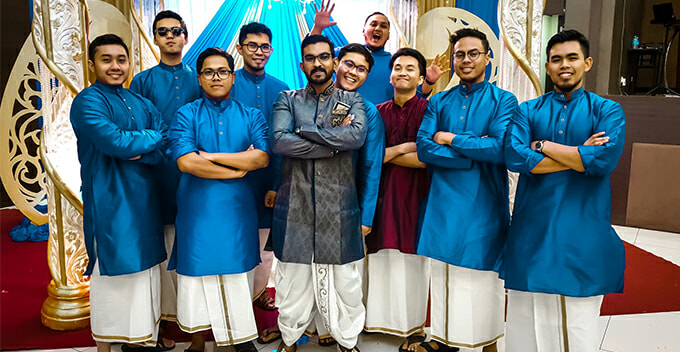 This is the true meaning of unity!

A Twitter user named Firdaus shared on Sunday (23 December) pictures of him and 8 other Malay men who were groomsmen for their Indian friend at his wedding.

Speaking to WORLD OF BUZZ, Firdaus said they have been best friends for at least 5 years as they studied at Cyberjaya University College of Medical Science together. They were classmates and were even study group members, which explains why they’re extremely close. He claims that the groom, Shathes basically grew up among Malays as he even went to MRSM, Muar in Johor. 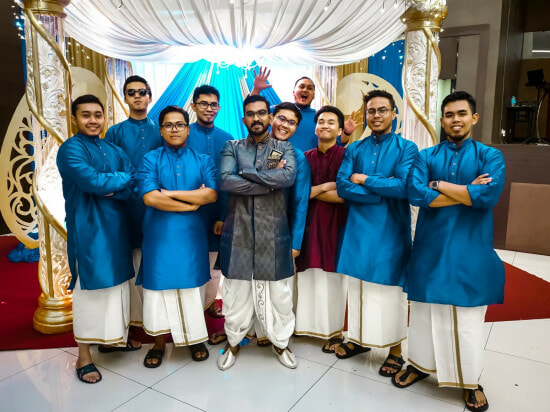 Shathes tied the knot on Wednesday (12 December) and the reception was held last Saturday (22 December) in Kluang. That’s when the groomsmen played their part.

During the event, the emcee made an announcement and gave a shout out to the Malay groomsmen causing the wedding attendees, consisting of Indians, Chinese and Malays, to cheer and welcome them.

“He (Shathes) is a good guy. He’s friends with so many people regardless of race and religion, which is why this Indian wedding was attended by others from different races,” said Firdaus when we reached out to him.

Of course, what’s an Indian wedding without dancing!

“When the bride and groom entered the hall, us groomsmen performed a dance which we choreographed just a few hours before the event. I felt like I was in a Bollywood  movie,” Firdaus added. 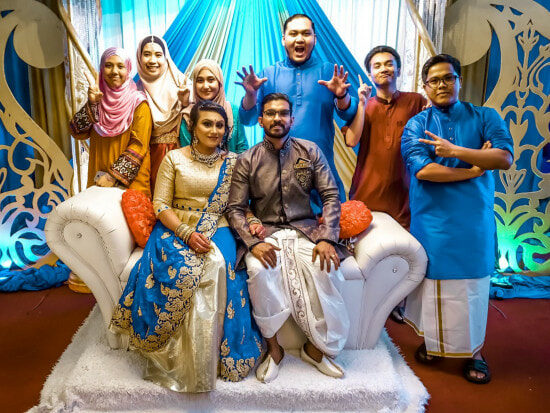 He stated that they assumed all they had to do was arrive in matching attire and take pictures together. However, it turns out each of them had a task to do. From being the DJ, floor manager, lead dancer to being in charge of the wedding speech.

When asked what were his thoughts about his first experience of being at an Indian wedding, Firdaus said,

“It’s totally different from any wedding I’ve been to before. The colours all around, the music you hear, and even the dancing. Let’s not forget about the food! They served us authentic Indian cuisine and most importantly, it was halal. How considerate!” 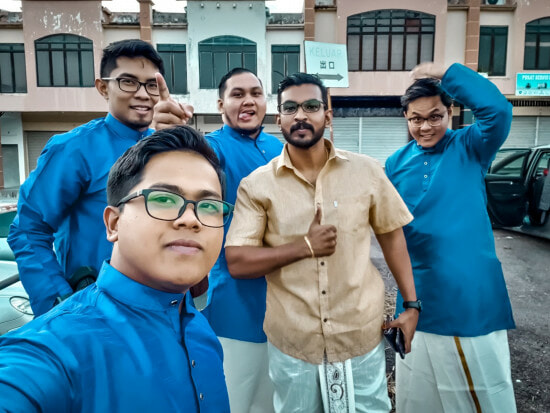 In the end, everyone enjoyed their time and felt lucky enough to have experienced a joyful wedding. It’s something they’ll never forget!

“We’re proud to be a part of the team that made all of this happen,” said Firdaus, proudly.

“Shathes’ family even hugged and thanked us for making this possible,” he added.

My first authentic Indian wedding, with an all Malay groomsmen.

Now that's something you don't see every day. 😎 pic.twitter.com/ZTBp4ijtdU

It indeed is a beautiful sight to see! To the newlyweds, best wishes on this wonderful journey as you build your new lives together!

What are your thoughts on this? Share with us in the comments section below! 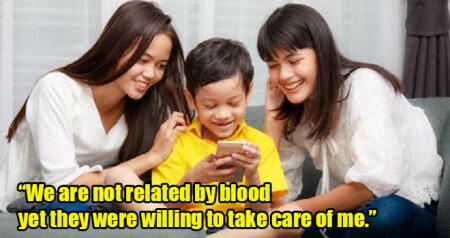