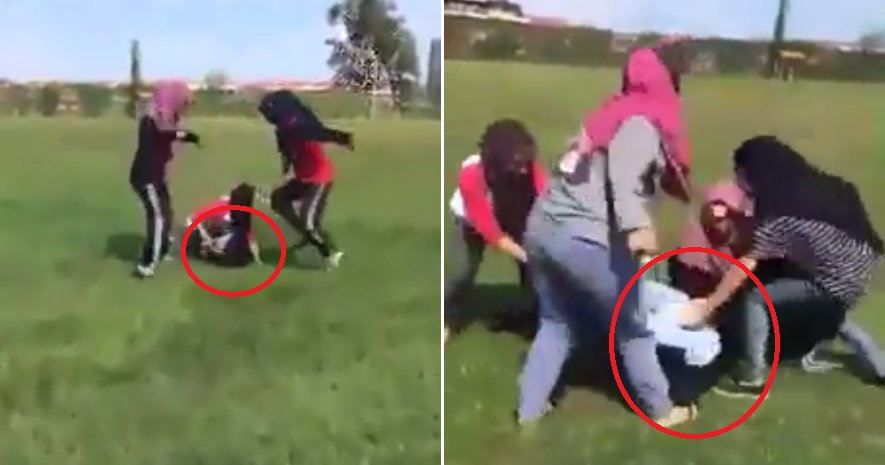 It’s sad to see this but bullying happens more often than you think and sometimes, it may lead to detrimental consequences just like the previous high profile cases we had in Malaysia. Recently, another case of bullying has been making its rounds on social media, which reportedly took place over the weekend. 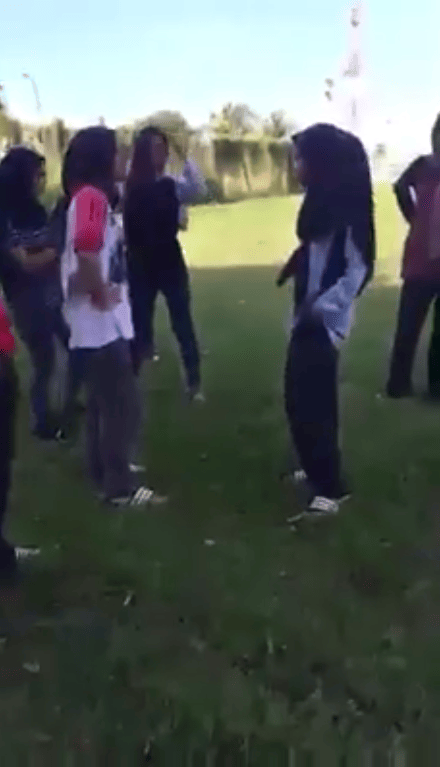 According to Berita Harian, apparently the case happened in a field at a secondary school for girls in Kunak, Sabah. The bullying incident was recorded in a video over one-minute long that depicted a group of teenage girls surrounding another girl who was by herself.

They appear to be confronting the lone girl about something while some of the other teens were laughing as they seemed to be having fun. It’s like they were disgustingly waiting for a show to start! Without any warning, suddenly one of the girls started hitting the girl who was alone. 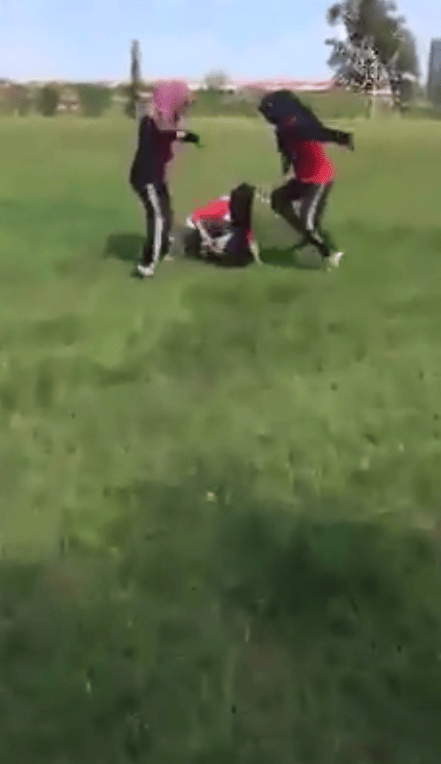 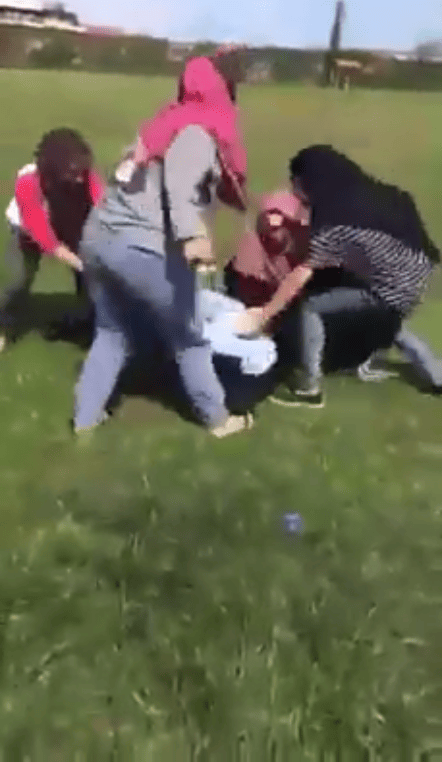 The victim then started to run away but the group of bullies chased after her and some of them even joined in the fight, aiming a few kicks and punches at the defenseless girl. The beating lasted for a while as the victim continued to struggle until even her hijab fell off.

The Kunak police have verified that the mother of the bullying victim has made a police report the next day and they are currently investigating the incident. It is not known what is the motive or reason for them to bully the poor girl but the police have said that they will be questioning all the students involved as well as the parents and teachers.

UPDATE: The Star reports that ten students involved in the bullying case have been detained by the police to have their statements recorded and their parents have also been notified.

That poor girl! Hopefully those bullies will get what they deserve! 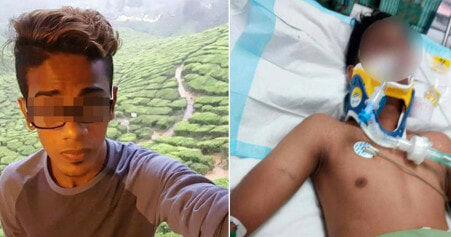