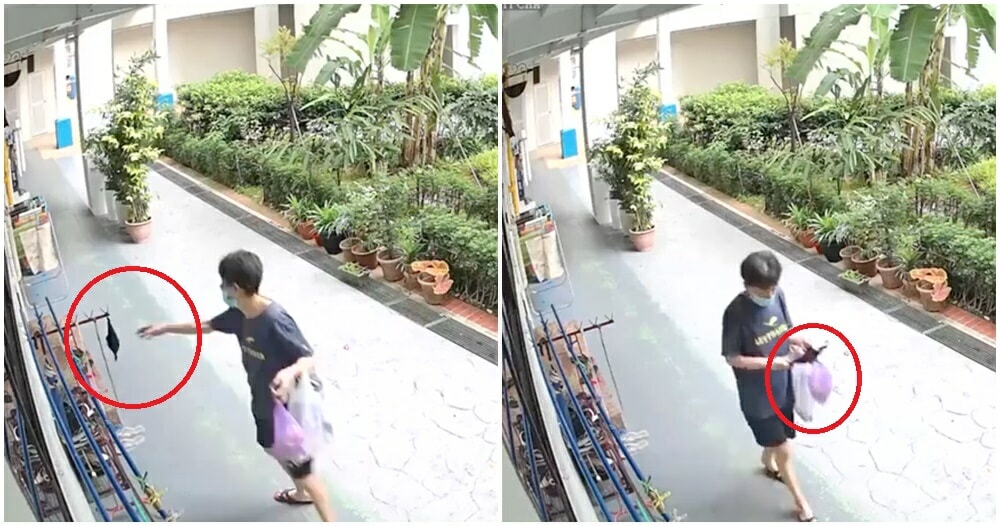 It’s no surprise that face masks are high in demand everywhere given the current Covid-19 crisis. But the occurrence of a worldwide pandemic shouldn’t make stealing a sudden acceptable norm in society.

Recently, a video shared on All Singapore Stuff’s Facebook page went viral after it exposed an aunty for stealing someone else’s mask in broad daylight. In the CCTV footage, a woman could be seen walking along the corridor of the ground floor at Jalan Bahar while carrying a few bags of groceries. 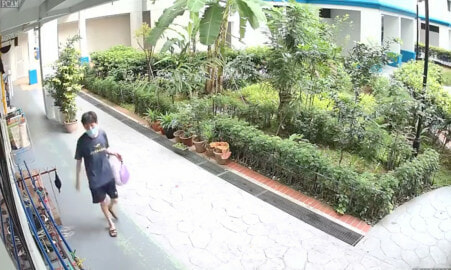 She spots the reusable mask hanging from a drying rack outside a unit in the area as she walks past and abruptly turns around. The woman can then be seen grabbing the reusable mask off the rack before inspecting it and quickly walking away.

When the resident of the unit discovered this theft, they decided to be civil and not pursue the matter. “Ok la cased close since parents said let go cause first timer hahaha! U hamcai sengket (cheapskate)!” 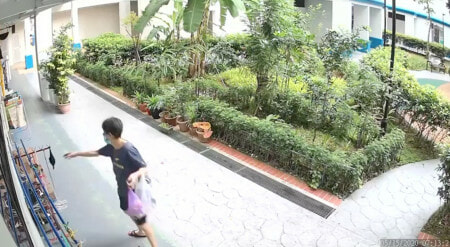 While the original Facebook post was deleted, many netizens have already widely circulated footage of the incident, which is said to occur on 15th May. Many netizens were appalled at the woman’s act and her disregard for hygiene concerns as the reusable mask was probably used multiple times by another individual. 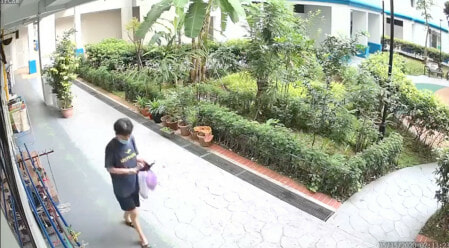 As a measure to stop the growing spread of the virus, Singaporeans were entitled to one reusable face mask each earlier this year. The nation’s government announced that the second distribution of improved cloth masks will take place toward the end of the Circuit Breaker.

Would you use a reusable mask that’s been worn by someone else even after it’s been washed? What do you guys think of this?