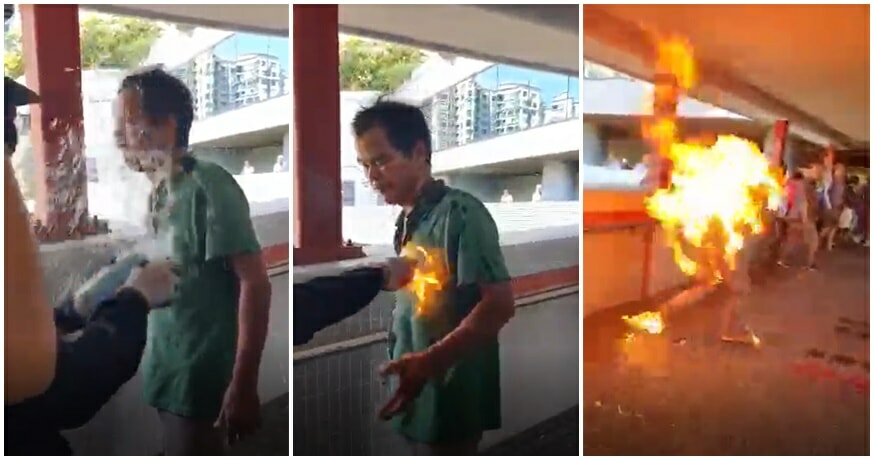 For most of you who have been keeping track of international news, you probably would have heard about the ongoing democracy protests in Hong Kong that have stretched out for months now. The violence and carnage has left the city state in complete disarray, while forcing much of the world to pick between sides.

But as it turns out, the protests may just have escalated to a point of unreasonable severity, as evidenced by this report by China Press. In a video post that has since gone viral, a pro-Beijing man who was arguing with what appeared to be black shirt protesters wound up receiving the brunt of their anger in an incident that was as horrific as it was uncalled for. 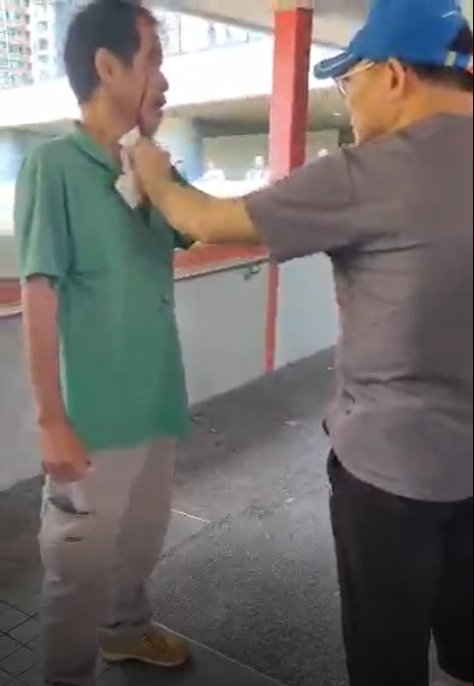 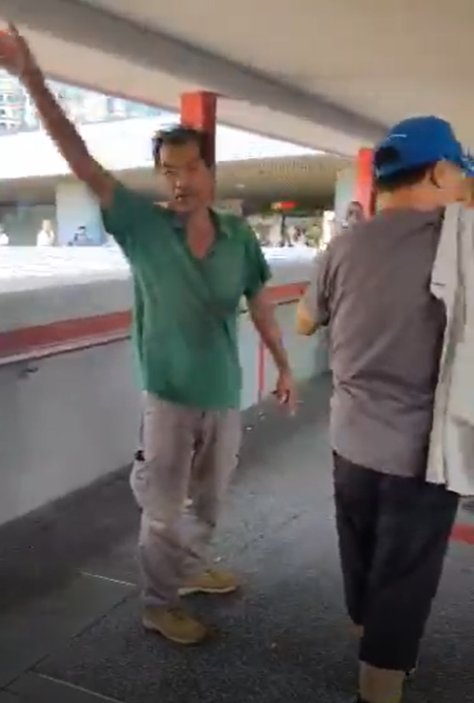 The incident, which apparently happened in Ma On Shan, Hong Kong, involved a middle-aged man dressed in a green shirt who looks to have been injured during a protest rally. He can be seen visibly bleeding, and someone came up to him to help him clean away the blood. 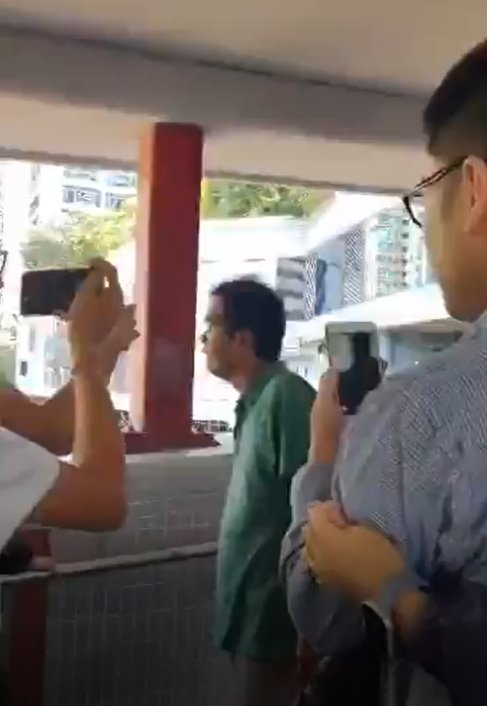 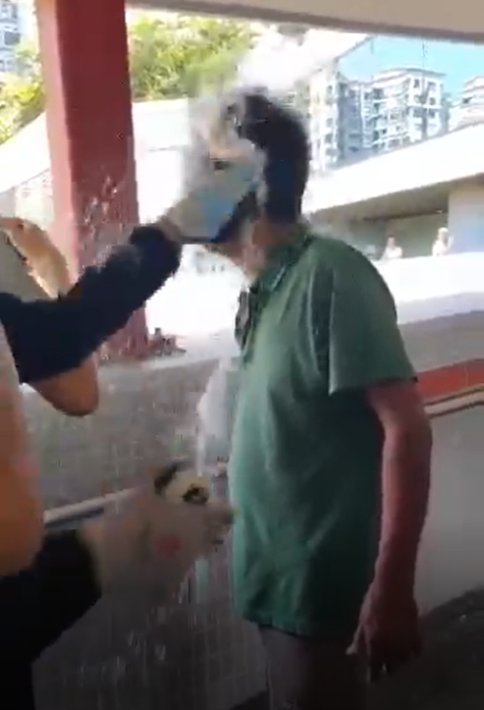 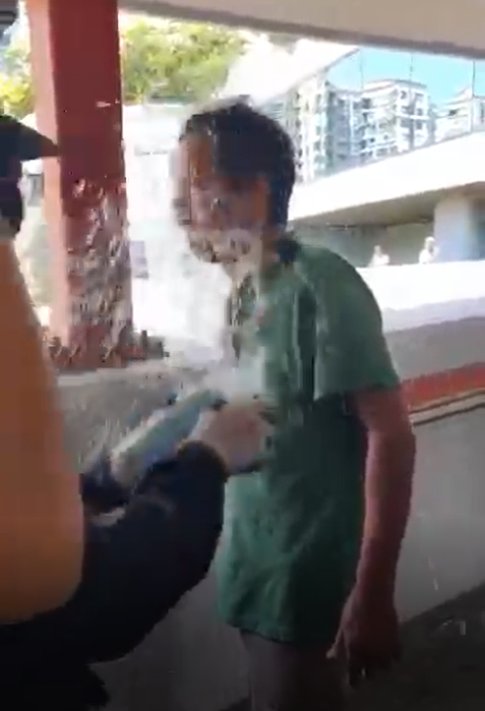 As he was cleaning himself up, we can hear insults being hurled from off-camera, shouting  “F**k your mom,” and “go back” to the mainland.

But what happens immediately after is arguably most shocking: a man dressed in black, likely part of the ‘black shirt’ protesters, suddenly drenches the middle-aged man completely in a flammable liquid before holding up a lighter in front of the man’s shirt! 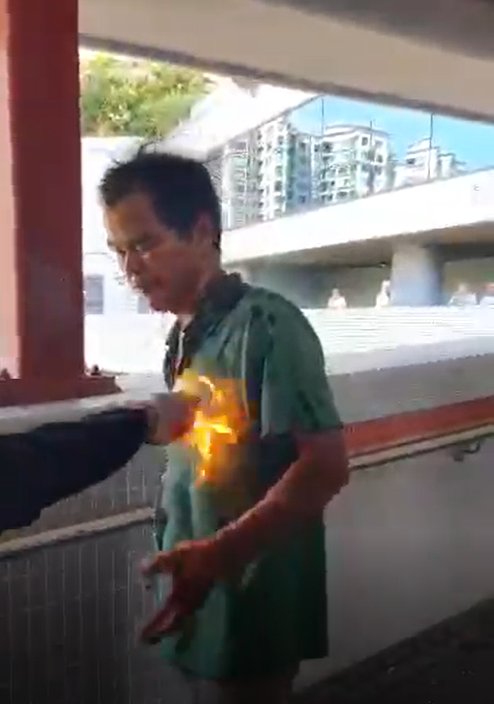 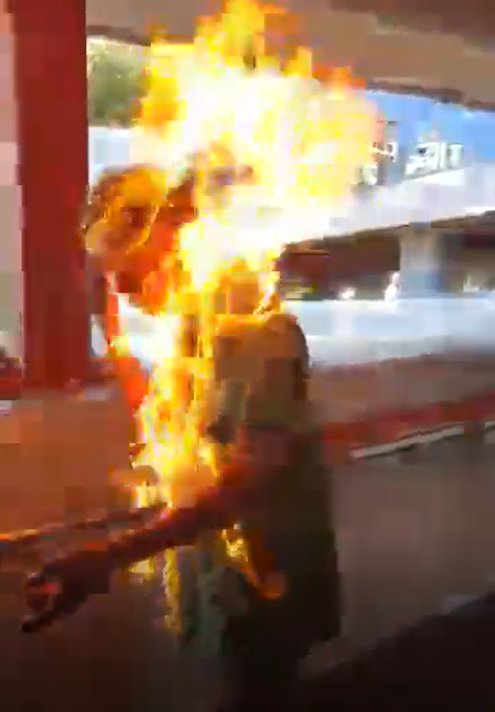 As you can imagine, the man was immediately set ablaze from head to toe! Worse still, none of the bystanders appeared to help him as he scrambled about while on fire!

According to China Press, it was said that the flames that engulfed the man were successfully extinguished. However he suffered from burns as a result of the incident and is in critical condition, according to Free Malaysia Today. 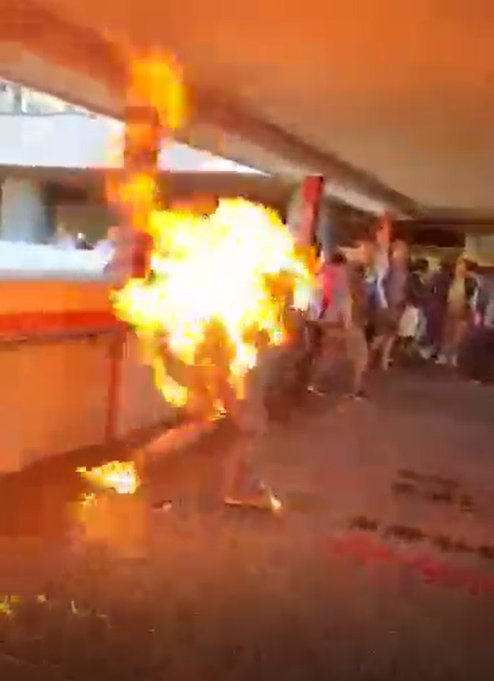 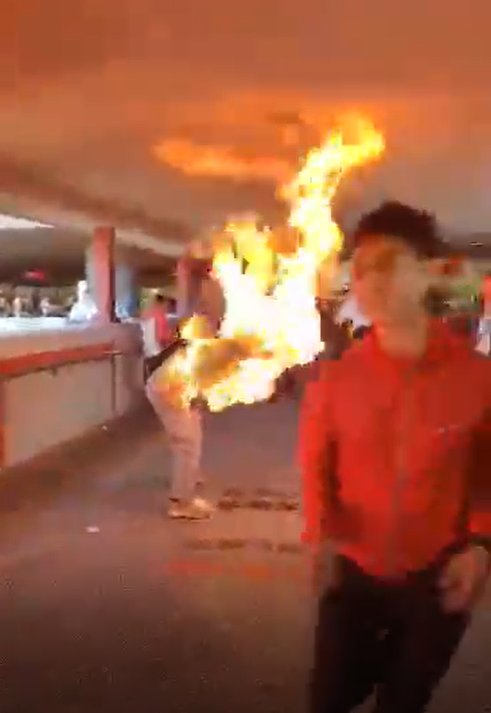 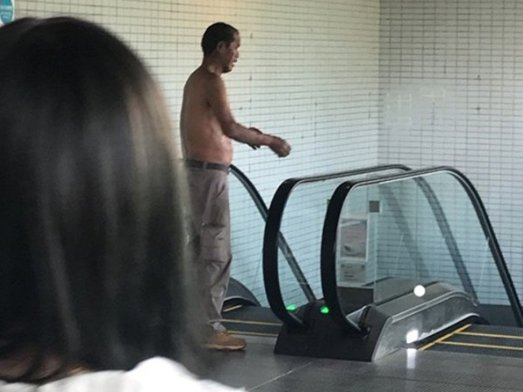 As the riots continue to intensify in Hong Kong, we hope that those who are traveling to the city state are taking the necessary precautions to stay safe! We also hope that those responsible for the attack will be held accountable for their actions!

Also read: 26yo Girl Burned to Death in Blazing House Fire As She Wanted to Save Her Parents First 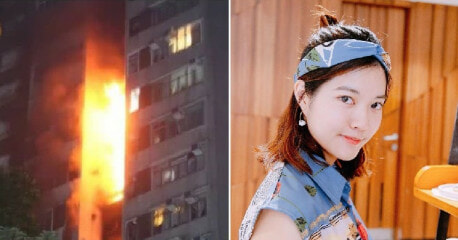