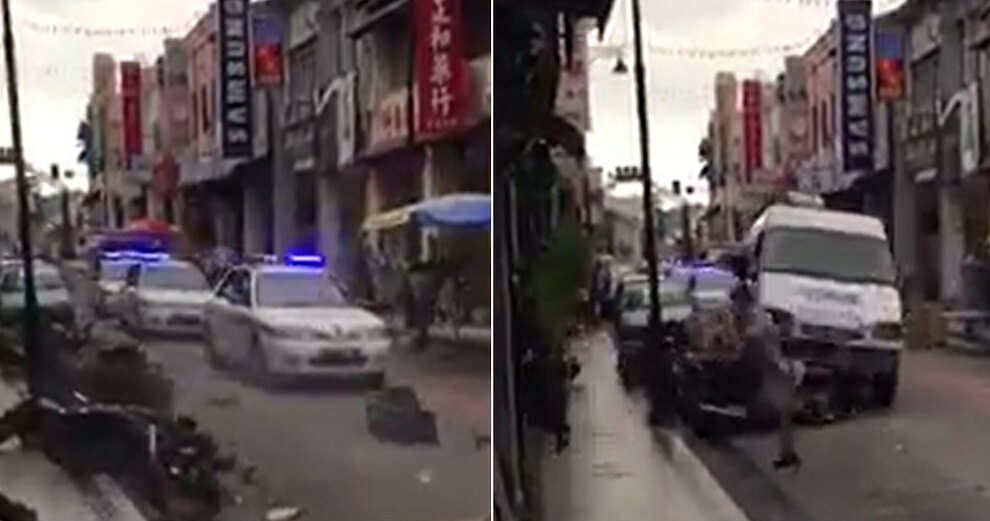 This is definitely something you don’t hear about every day!

A video of a violent police car chase in Penang has been making its rounds all over Facebook, causing mass concern and alarm among Malaysian netizens.

The video shows a white van driving down the narrow street at an extremely fast speed while being pursued by three police cars.

The van can be seen knocking down motorbikes parked on the side of the road while pedestrians were jumping out of the way in an attempt to avoid being run over.

However, don’t worry people, because it was later revealed that the scary chase scene was actually part of an upcoming Hong Kong action movie, according to the New Straits Times.

The road was actually closed and all the people involved in the chase were professional actors and stuntmen. So, you can bet that no one was harmed in the making of this movie. The Facebook video failed to record a camera crew on the other side of the road filming the scene. 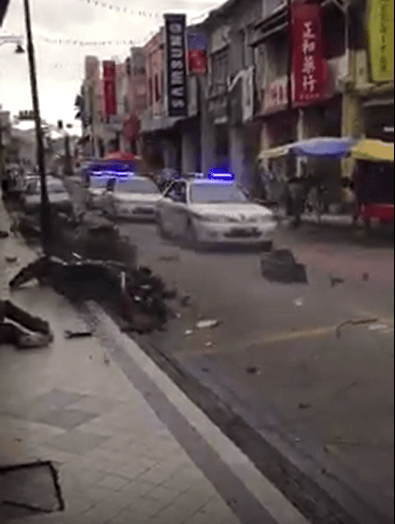 The movie that’s being shot in Penang is an upcoming Hong Kong movie called ‘The Leaker’, and is still in the middle of shooting.

Well, it’s good to know that nobody was actually hurt and that this is just for a movie. We definitely can’t wait to check this movie out when it’s released!