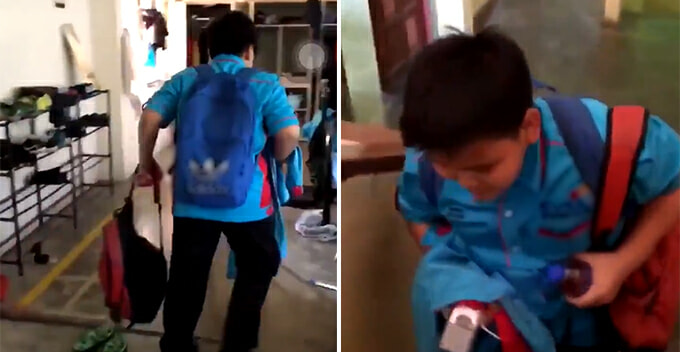 Recently, a tweet went viral, showing a video of what seems to be a senior ragging a junior, forcing him to carry his belonging to his room. After it went viral with over 18k shares, he then claims the video was just a joke and that they were friends. So, what is the truth?

“I don’t care even if you’re the senior, it’s this kind of treatment from people like you that causes juniors to be scared to sign up for boarding school.”

“I don’t mean to get involved but the boy looks so innocent. How dare you treat him that way.” 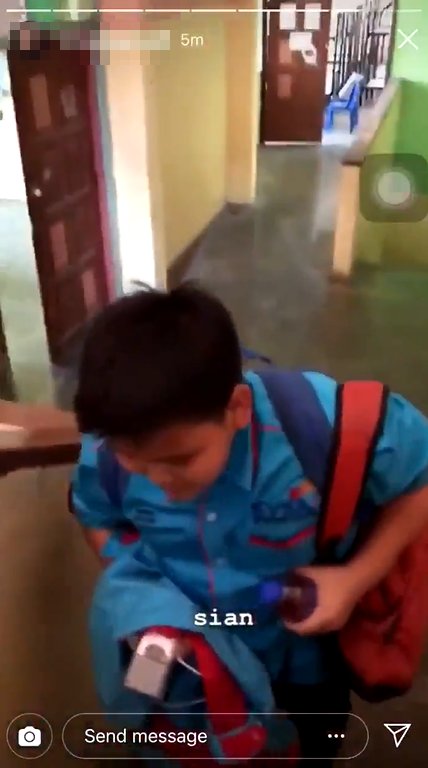 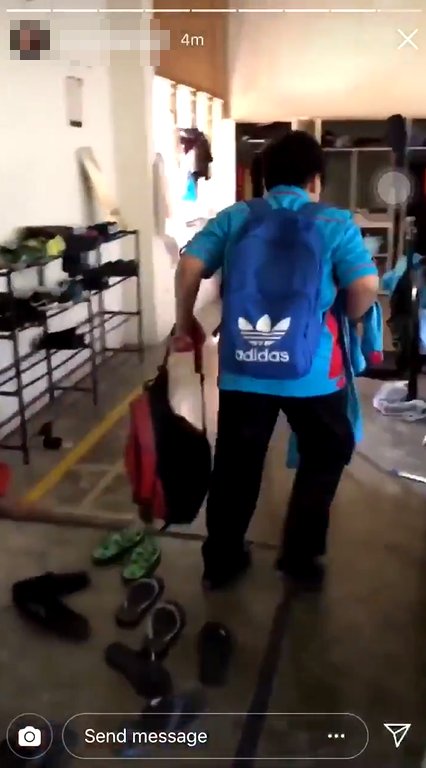 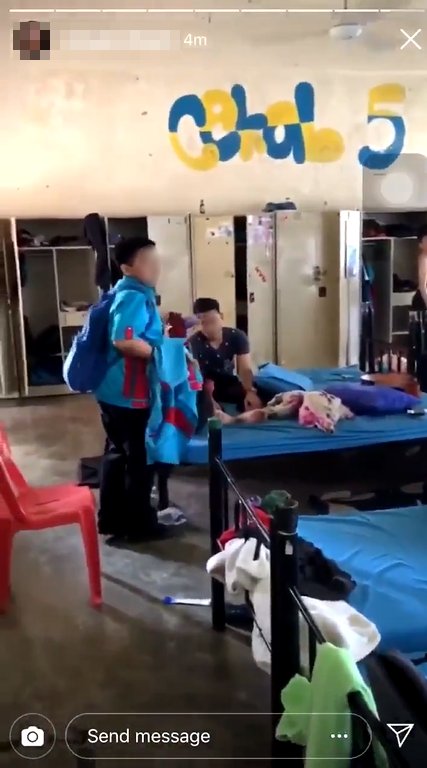 The screen recording of the Instagram story was uploaded on Tuesday (22 January) and has since garnered over 366k views and obviously, netizens shared their opinions based on this 28-second clip. Here are some of them:

“His parents sent him to school to study, not to be your servant.”

“This kind of video will ruin your life in the future if your employers know their way around social media. Especially since it went viral.”

“It doesn’t seem like a joke by the way he’s yelling at the boy.”

After realising that the video had gone viral, the ‘bully’ in the video defended himself by saying the boy was his friend. He even claimed to have planned the entire incident, indicating that the ragging was just staged. 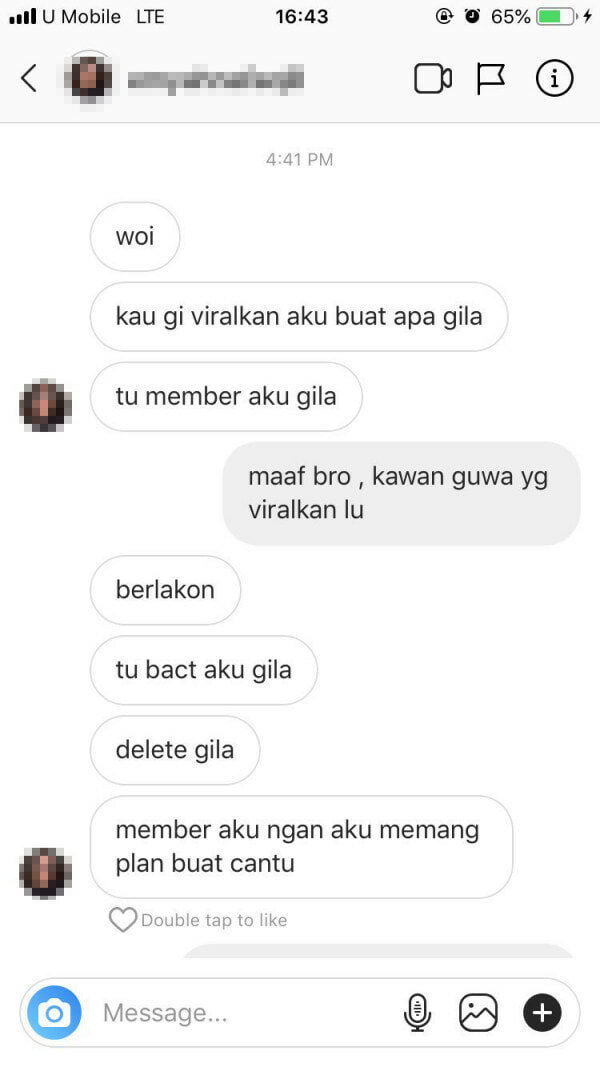 “We’ve always been friends and we’re even in the same batch. How can people still think I bully him based on just one video?” the boy said. 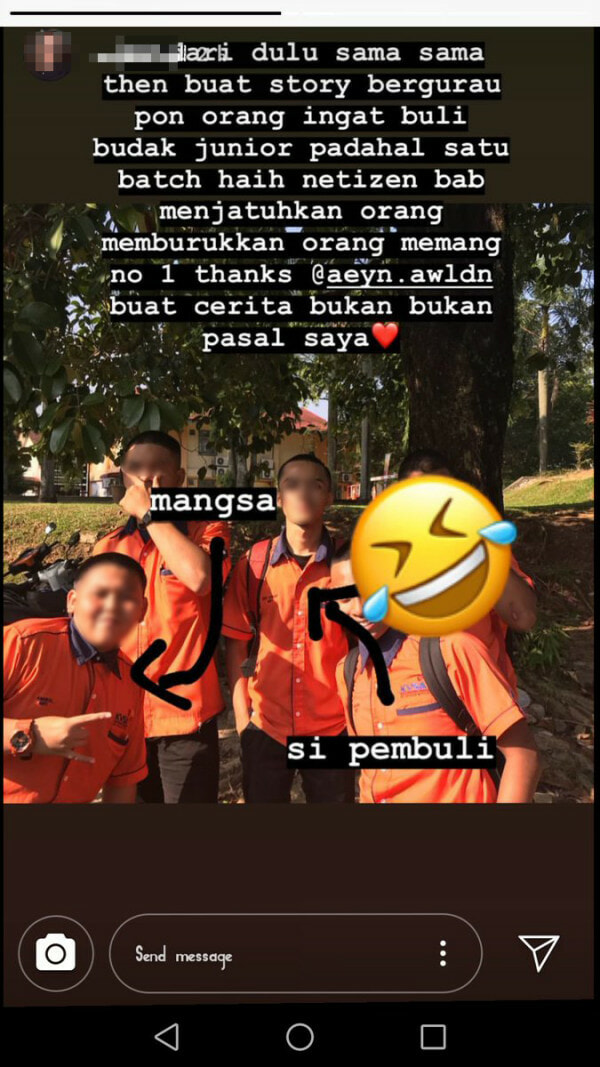 “Netizens surely know how to degrade others. Thanks for accusing me of such things,” he added.

Apart from that, he stated that he would go live on Instagram to explain the whole situation. 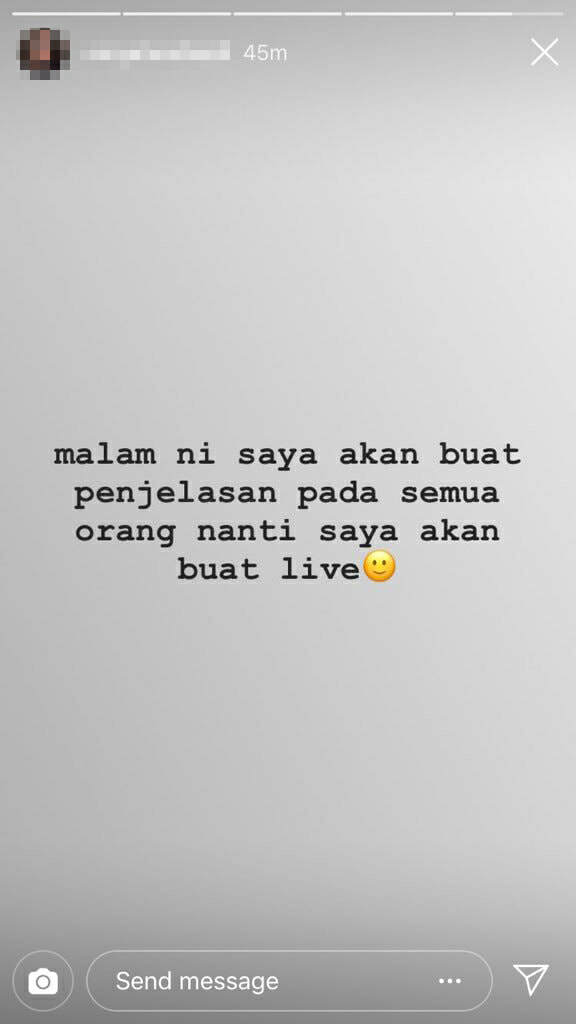 “An Instagram live? Who does he think he is?” netizens responded.

Even when he denied the accusations, netizens kept on attacking him on his Instagram page. Some even went to the extent of tagging PDRM and Dr Maszlee Malik!

What are your thoughts on this incident in the viral video? Is he telling the truth? Does he deserve the backlash he’s receiving? Tell us in the comments below! 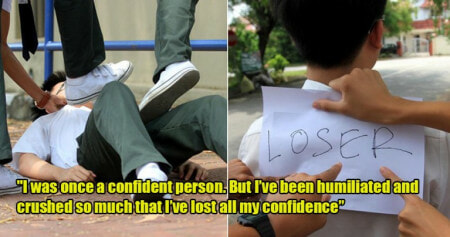 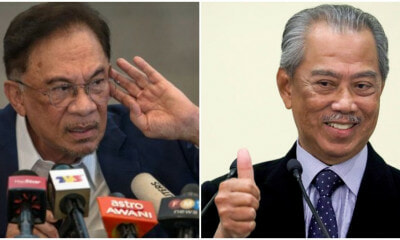 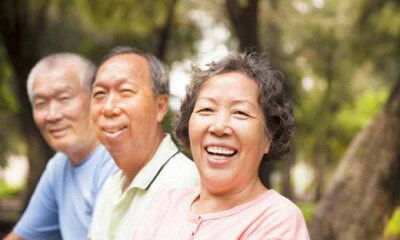 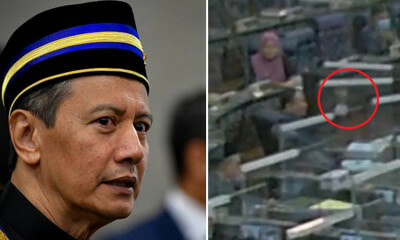 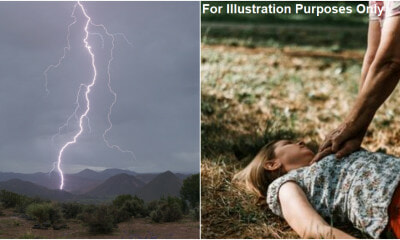