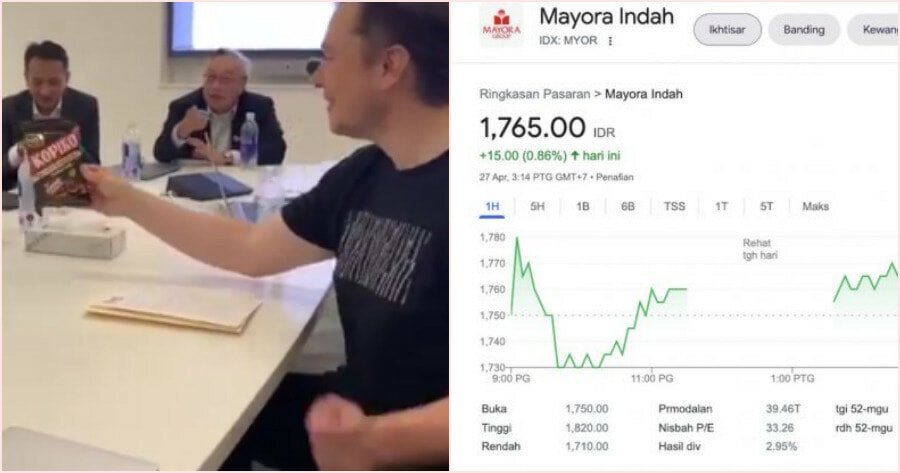 The power and control that the world’s richest man, Elon Musk has on the world is both amazing and terrifying. From buying one of the biggest social media platforms in the world for the promotion of free speech, to his effect on strange things such as the auction prices of a dog.

Following his massive buyout of Twitter, Musk yesterday met with Coordinating Maritime Affairs and Investment Minister Luhut Pandjaitan in the US to discuss Tesla’s possible investment in Indonesia. 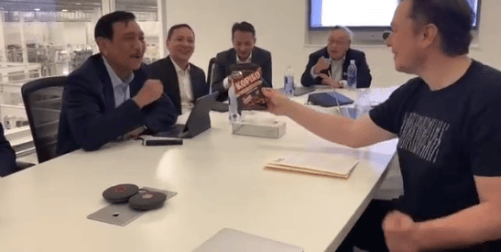 During the meeting, Luhut offered Musk a bag of Kopiko candies as a small token from Indonesia. Little did he know, this small act would cause Indonesian food and beverage giant Mayora to see a massive rise in its stock prices.

Upon trying the candy, Musk gave his stamp of approval by saying, “Pretty good, yeah” along with two thumbs up. 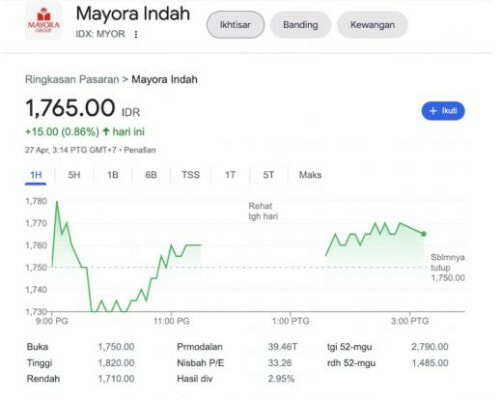 It eventually went down to IDR 1730 (RM0.52), probably due to people capitalising on the sharp gain.

“Kopiko is an original Indonesian product that is now in more than 100 countries. It has also been taken to space by astronauts,” said Mayora Global Marketing Director Ricky Afrianto, adding that Luhut offered the candy to Musk due to the latter founding SpaceX. 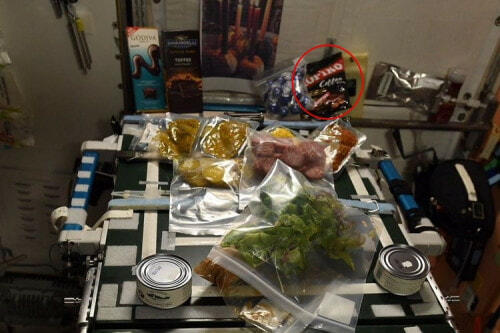 Meanwhile, Indonesian branding icon Subiakto Priosoedarsono who pitched the idea for Kopiko 36 years ago, could not contain his delight and excitement after seeing Musk enjoy the candy.

“I never expected that the idea I birthed in 1986 would be eaten by the richest person on earth,” he wrote on Instagram.

Now that he’s tried some Indonesian candy, we can only look forward to the day that he tries some Malaysian ones. What do you think of this? Let us know in the comments. 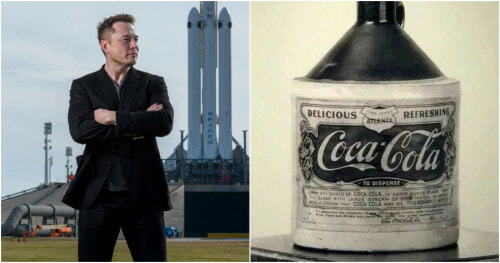