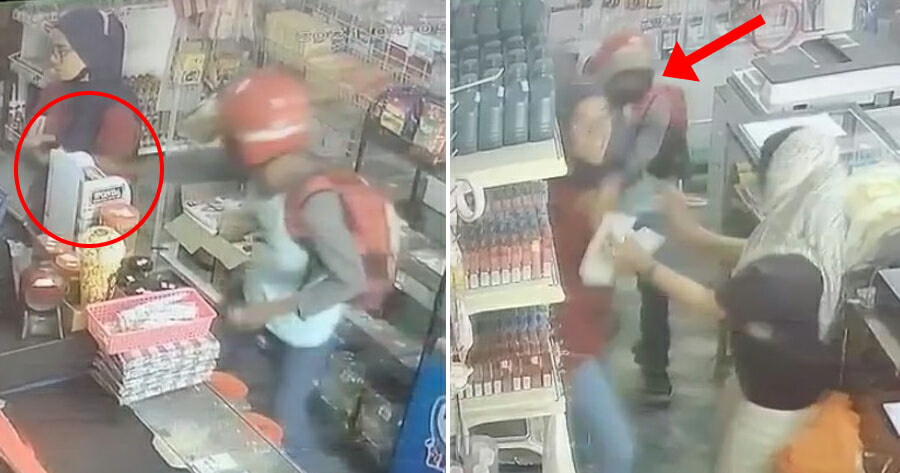 A man who robbed a woman at a convenience store is at large as he managed to run away after committing the crime. According to Info Roadblock JPJ/POLIS, the incident took place in Kampung Rinching Hilir, Bangi.

A video shows the victim at the cashier counter holding what looks like her mobile phone.

The suspect, who was wearing a motorcycle helmet, can be seen entering the store, seemingly wanting to buy something. However, he notices the victim and disappears for a moment.

He then returns and tries to rob the victim as the victim puts up a fight.

The suspect then makes a run for it and escapes on his motorcycle, identified as a black Yamaha LC135 with yellow rims. CCTV footage also managed to capture the licence plate number – BPU 2735.

According to @redzuanNewsMPB, the 22-year-old victim lost a bracelet during the robbery.

Witnesses who have information about the suspect are urged to contact ASP Mohd Radzee Jamudi at 019-6655811. 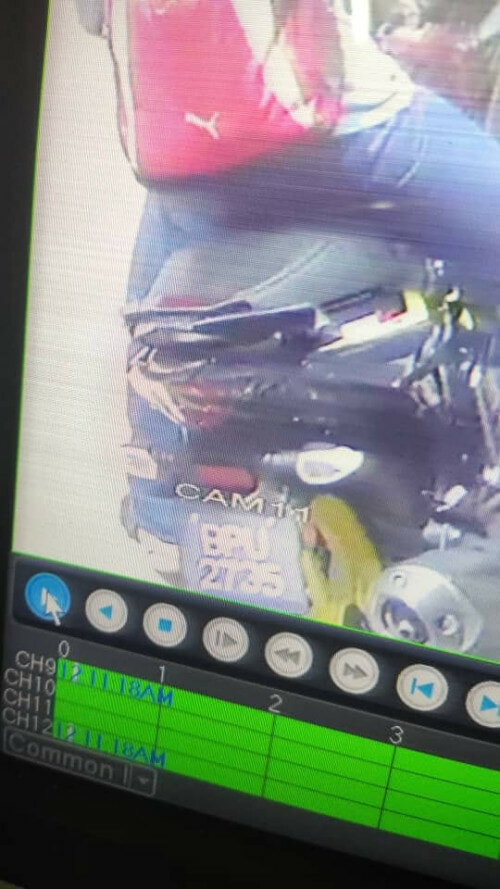 Always be aware of your surroundings wherever you are! Anything can happen in a split second. 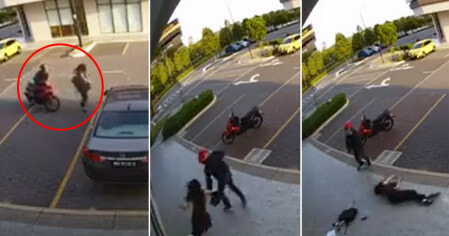