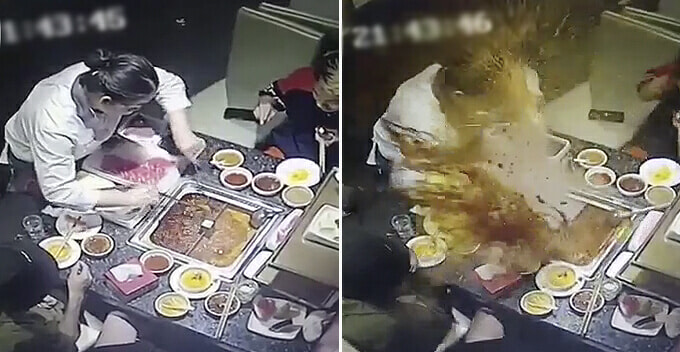 Last Wednesday (15 May), a lighter shockingly exploded in a waitress’ face when she was fishing the item out of a hot pot. It was reported that the lighter was accidentally dropped into the pot by one of the customers and the waitress was called in to assist them. This incident took place at the famous hot pot franchise Haidilao in Yunan, China. 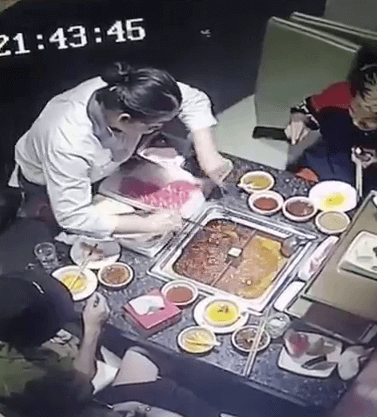 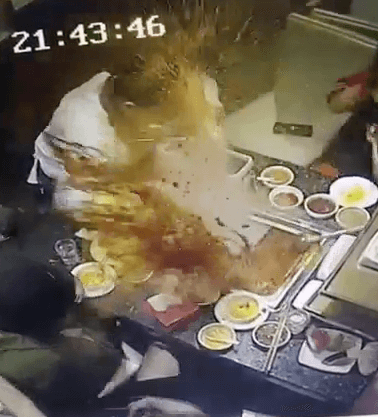 Based on the CCTV footage that went viral online, the waitress was trying to fish out the lighter that was immersed in the boiling soup filled with red chilli oil. Before she could even scoop up the lighter, it exploded in the pot with the hot soup scalding everyone around.

Unfortunately for the waitress, her face and parts of her upper body was scalded. She was quickly rushed to the hospital for treatment.

During the incident, the customers quickly moved away and only suffered light injuries from the boiling liquid. As of whether to take action against the customers for dropping the lighter into the soup, Haidilao said they are focusing on the well-being of both the staff and the customers at the moment.

We sincerely pray for the speedy recovery of the waitress and hopefully, such an incident won’t happen again. So guys, please take note of this when enjoying hot pot yea! 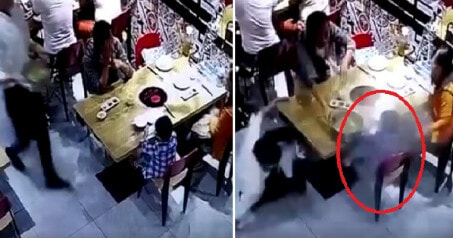