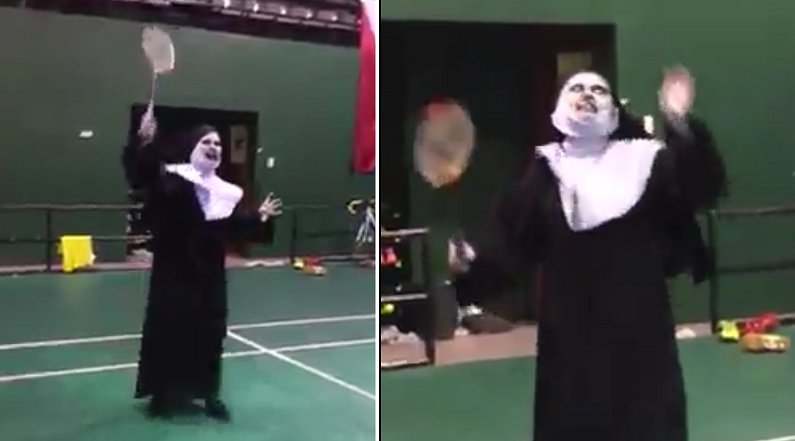 For those who missed Valak’s first visit to Malaysia, you have been given a second chance, for he has returned for a second visit.

And this time, he was spotted violently smashing shuttlecocks in a badminton court.

Valak is looking very much to be a fitness enthusiast, doesn’t he?

The video of the second sighting of Valak was captured and posted on Facebook by the very same profile as the first, 笑图俱乐部!!!保证笑死你.

Exceeding the attention attracted on his first sighting, this video of Valak has been shared over 15,000 times. 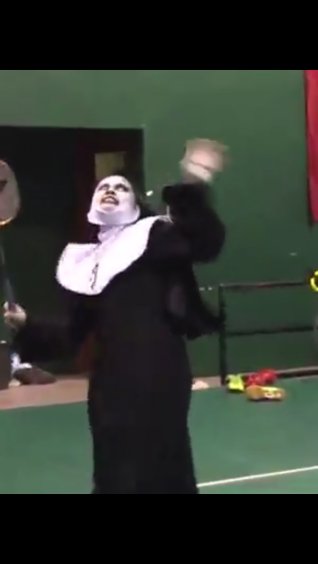 After he’s done with pumping metal at the gym, Valak now uses his new found muscles to fight against the violent flying white birdies.

It is not known if Valak was winning the fight against his opponent, but he certainly gives it his best in the battle of rackets and emits a crow-like sound after every swing. 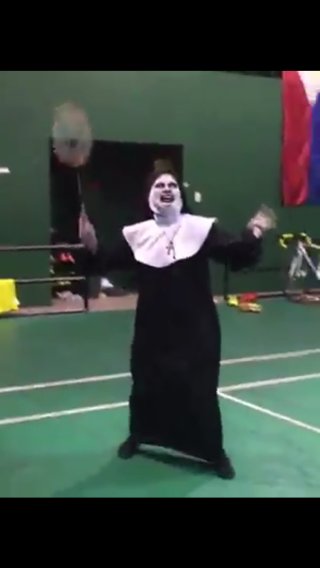 As Valak did not miss a single shot, Malaysians commented that Valak is a pro at the sport and must’ve played badminton quite often.

Maybe he has had practice in the underworld?

Nonetheless, Valak seems to be taking his health and physique very seriously.

As badminton is a rather vigorous sport, he seems to have chosen a more conservative robe this time; no high cuts, no cleavages.

What we love most about Valak playing badminton is his epic war cry every time he hits the shuttlecock.

One thing’s for sure tho, Malaysians have been expressing how motivated they are seeing Valak at the gym and playing badminton. He clearly knows how important fitness is!

“Wow, now there’s no reason for me not to exercise, Even a demon can do it!” one wrote. 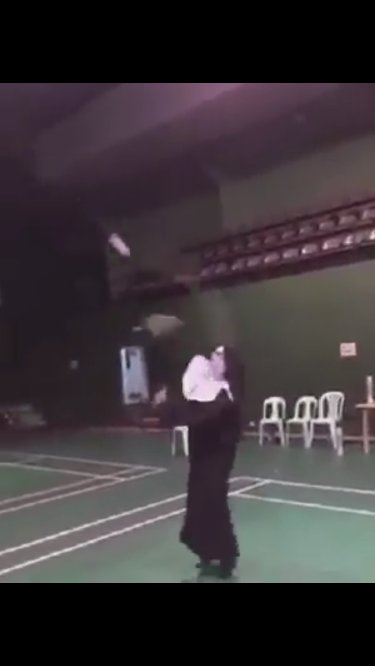 In case you missed out Valak’s first series of sohai pictures at the gym, check them out here! 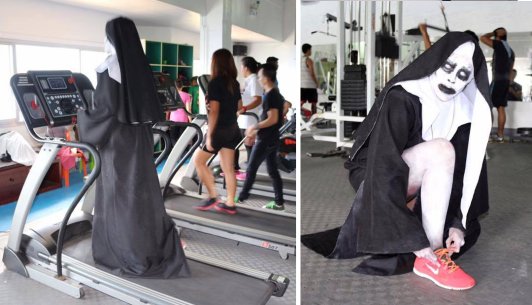