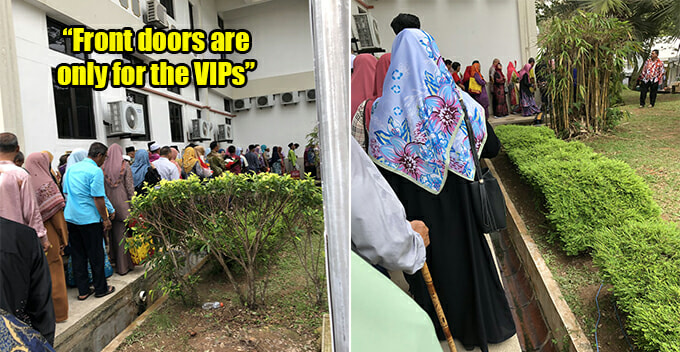 How could they have told them to go through the back doors when they came all the way to see their kids graduate?

A tweet recently went viral regarding the way parents were treated during a university convocation. Based on the tweet, parents were apparently told to queue in order to enter the hall through the back entrance as the front entrance was solely for the VIPs. 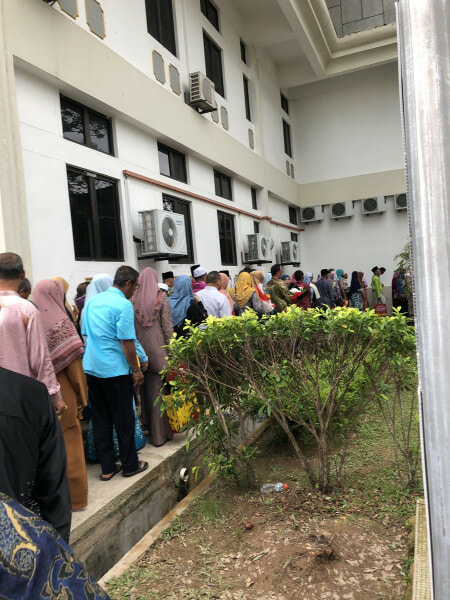 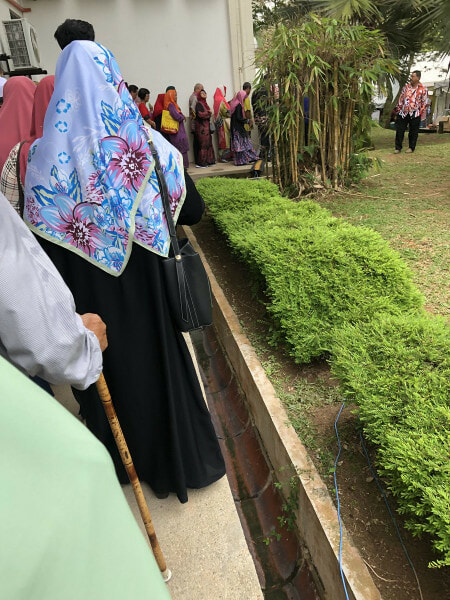 As seen in the tweet, there were photos showing parents, even those with walking sticks, having to be in line to get into the hall to witness their children graduating.

“During the graduation, students were told to stand, turn to their parents, and thank them for everything that led to this day. If I could, I would have stood up to the organizers after hearing that.”

She said that this was a day to appreciate parents, and hence they should be allowed to enter through the front entrance, just like the VIPs. But that wasn’t the case.

Apparently, this was the first session as there was another session the next day (12 November). Syarifah also suggested that the university should do a “post-mortem” or “amend the flaw immediately” and even tagged the university’s twitter account! 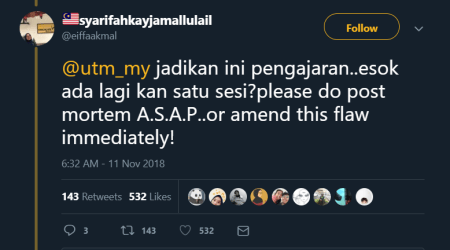 Syarifah continued in the thread by saying that she sat at the bottom row because her mother-in-law was too tired from the flights of stairs. Others in the same row were mostly those with walking sticks, wheelchairs and someone even brought along their sibling with cerebral palsy. She wonders about the struggles they had to go through to get into the hall itself.

After the event, she went to the university’s website to make a complaint. She had trouble finding the exact page to place the complaint and so she decided to bring up the issue on the university’s Facebook page instead.

The university proceeded to comment on the statement a day after. 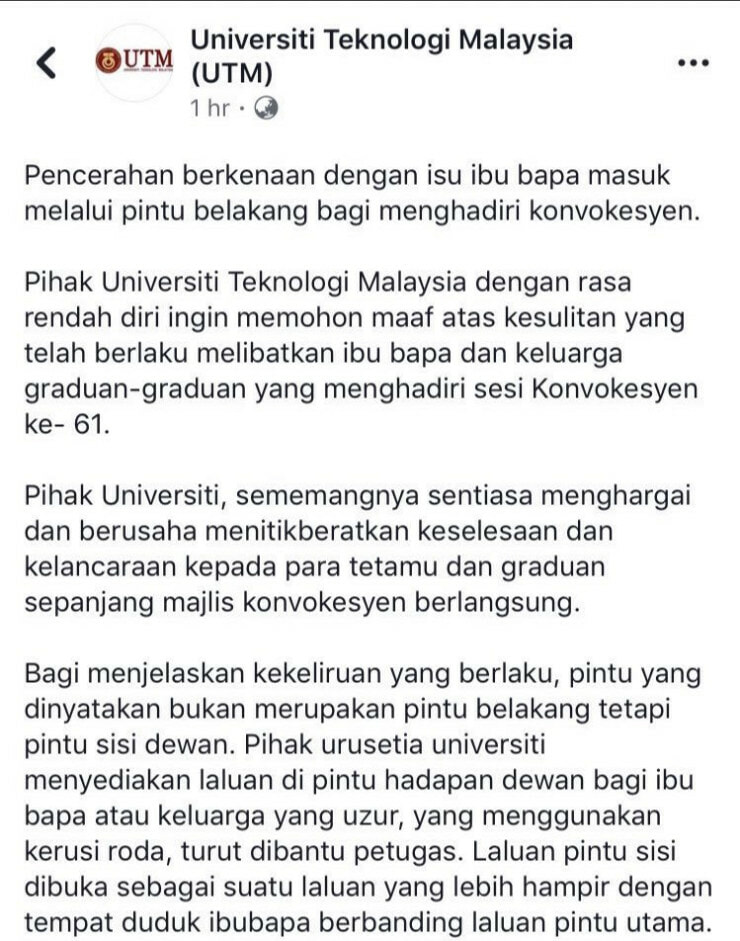 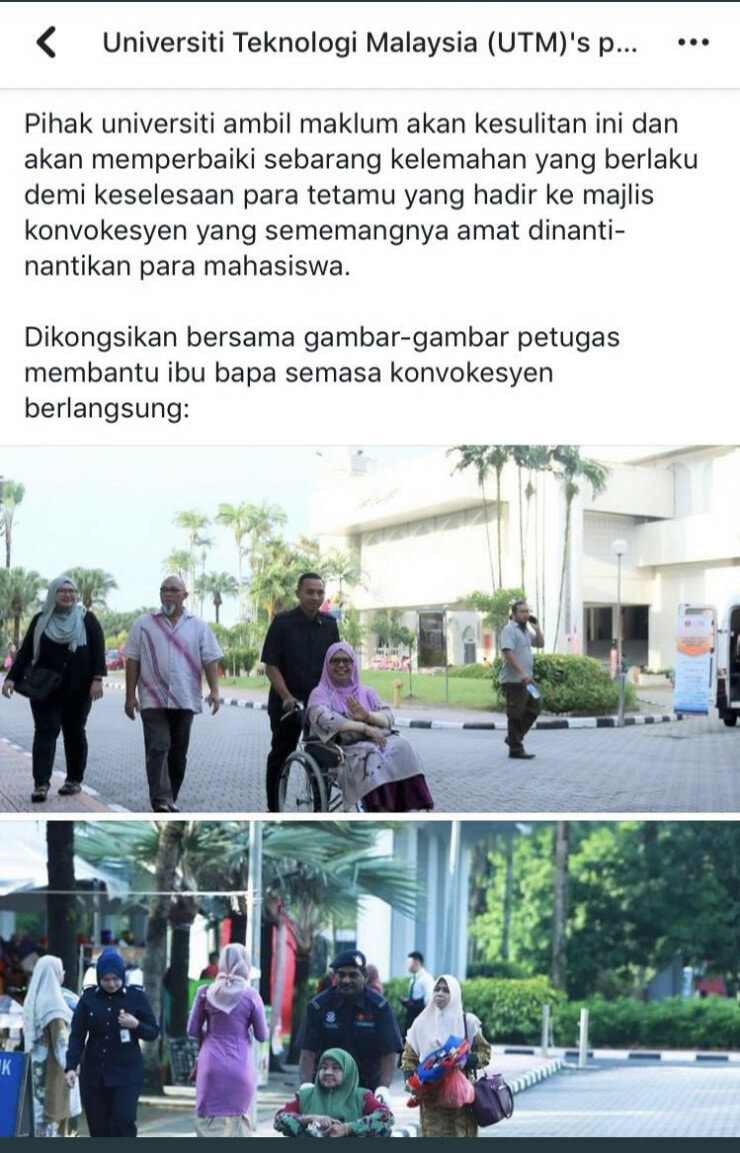 In response, here’s what the university said:

“We apologize for any inconvenience involving the parents and graduates. However, to clear any misunderstanding, parents who were in wheelchairs were assisted by the staff to enter the main entrance. Moreover, it was not the back doors that the parents had to use as the doors were by the side of the hall.”

In the same post, the university even added pictures of parents in wheelchairs being assisted.

Syarifah ended the twitter thread by saying that her intention for the post was not to give the university a bad name or to simply make it viral, but it was to express her disappointment on how the event was handled. She even apologized if any offences were taken, as it was not her intention. 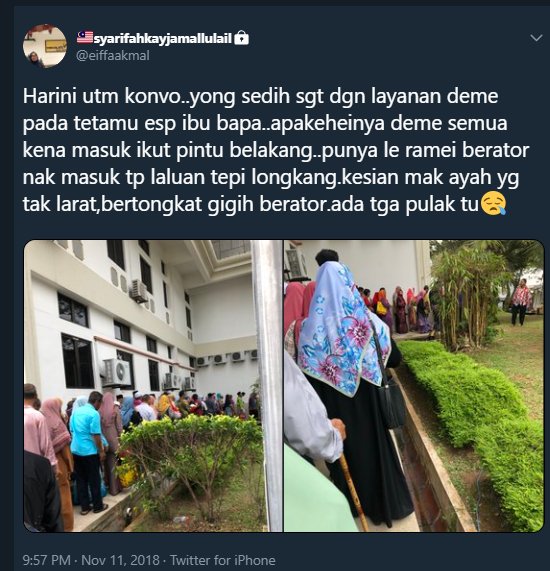 What do you think of the university’s policy of asking the graduates’ parents to queue up and enter the hall from the back door? Have you experienced anything similar before? Let us know in the comments below! 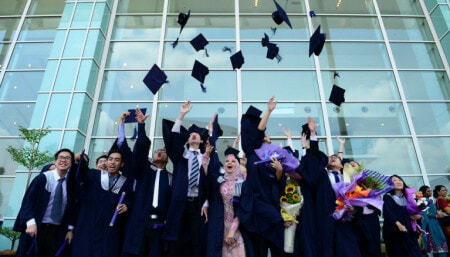