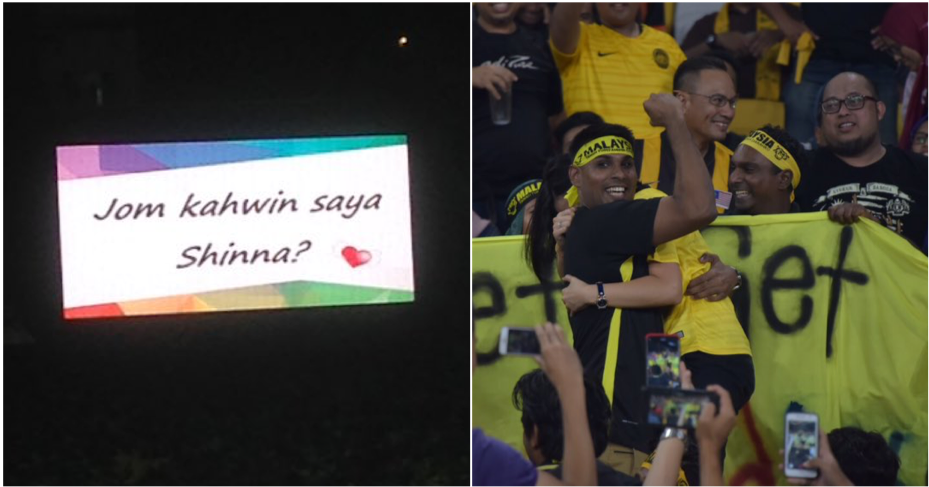 It was a crucial match between Malaysian and Myanmar. Our national team needed a win to be to qualify to the semi-finals. In the midst of all the stress and pressure, one Malaysian fan was also looking for a win. His goal was to get the big ‘YES’ from his girlfriend!

It was during the halftime break. Harimau Malaya was leading by 2 goals at that time. The 80,000 strong fans in Bukit Jalil Stadium were enjoying their time, singing and cheering on, hoping for an entertaining second half. This was the moment when the sweet proposal came on the stadium video screen. 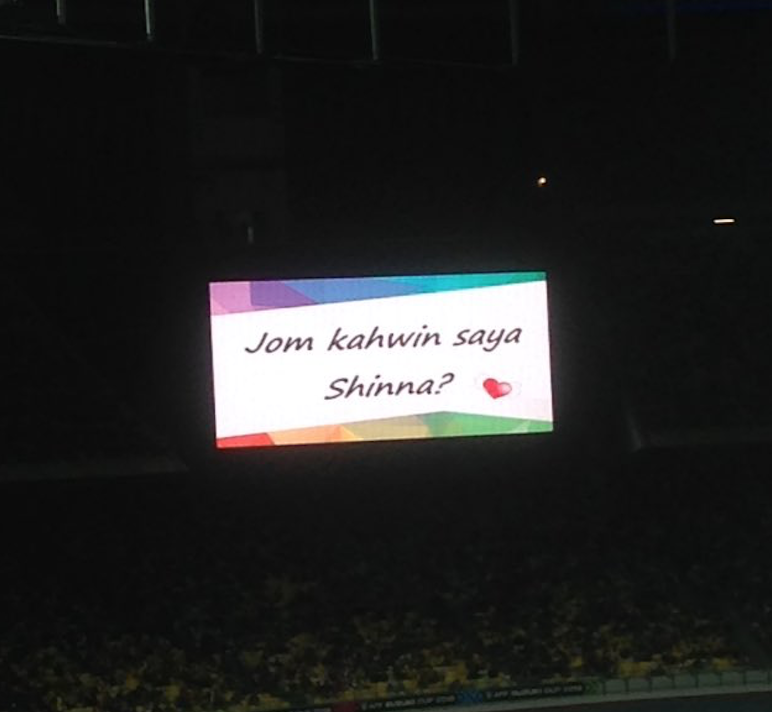 “Jom kahwin saya Shinna?” which translates to “Will you marry me, Shinna?” appeared on the screen followed by loud cheering from the fans inside the stadium.

The lucky girl looked confused at first as her boyfriend told her to stand up as he got down on one knee. Their friends behind them unrolled a banner reading “Let’s Get Married Lah”.

But did she say yes? Of course, she did! 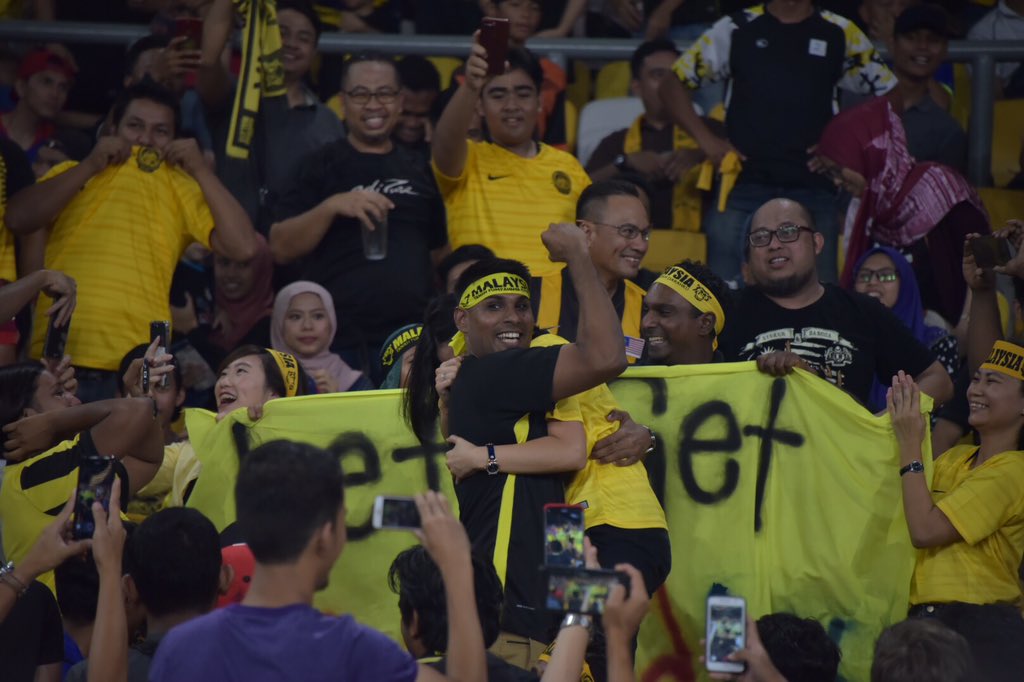 Now that’s a face of the biggest winner of the night! You can also watch a clip of the beautiful moment here.

Congratulations from us on your engagement sir! For Harimau Malaya, all the best in the semi-finals of the AFF Suzuki Cup match against Thailand. Let’s bring that championship cup home!

Also read: This M’sian Man Loves His GF So Much, He Works 4 Jobs to Make Her His Wife 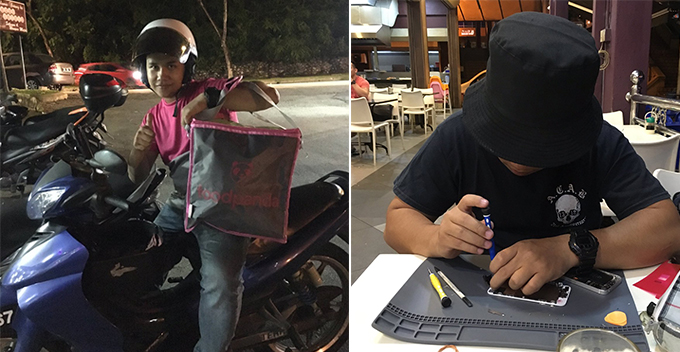