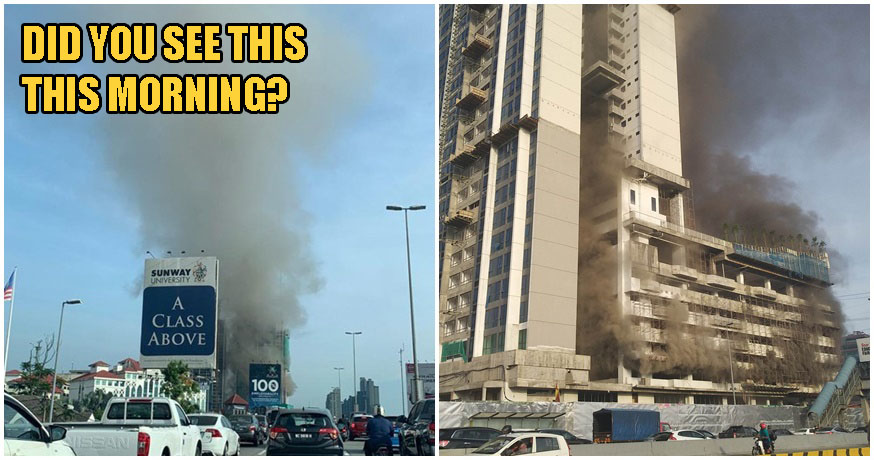 For those of you who have been traveling around the Petaling Jaya or Subang Jaya area, you probably would have seen plumes of smoke rocketing up into the skies, indicating what looks to be a pretty bad fire in the area near a very recognisable landmark. Well, apparently as it turns out, a still-under-construction apartment complex had caught fire right along the LDP Highway. 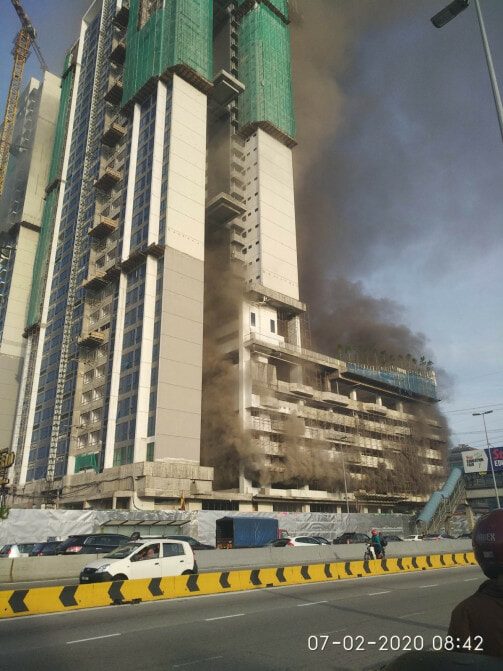 The residential apartment complex, which was identified as the upcoming Greenfield Residence project, caught fire earlier this morning (7th February 2020).

Photos of the fire submitted by reader Chester Toh to WORLD OF BUZZ show that the fire appears to be located in the bottom levels of the building’s parking basement, where most of the smoke appears to be emanating from. 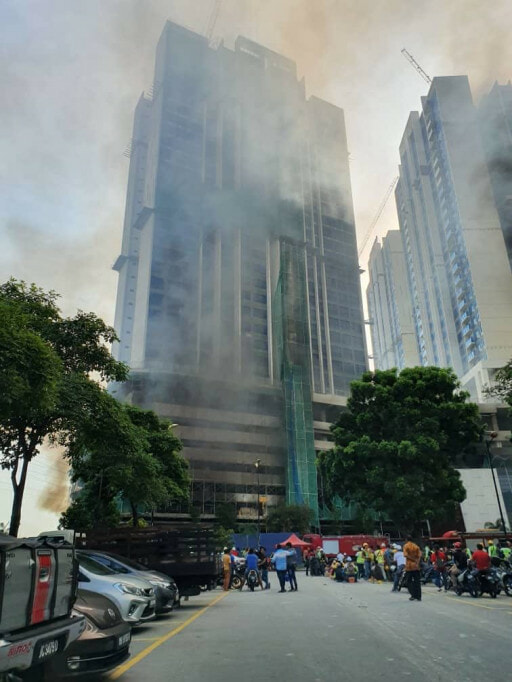 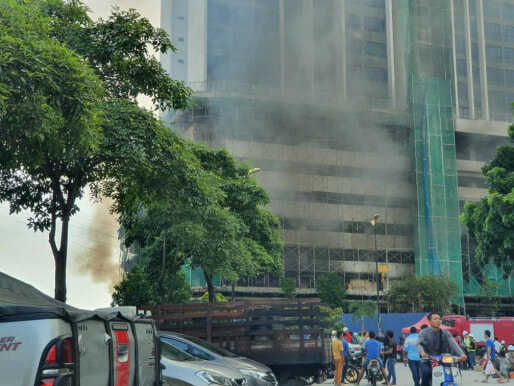 Chester told WORLD OF BUZZ that three firetrucks were seen at the building work site, while two ambulances were also seen at the base of the building. It is unknown at this moment in time if anyone in the building site was injured, or if any deaths have been reported. 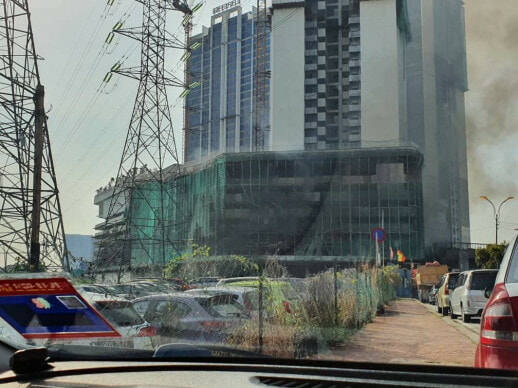 The smoke plumes were thick enough to have been seen from as far as around the SS3 stretch of the LDP Highway, with many photos now being circulated over social media. 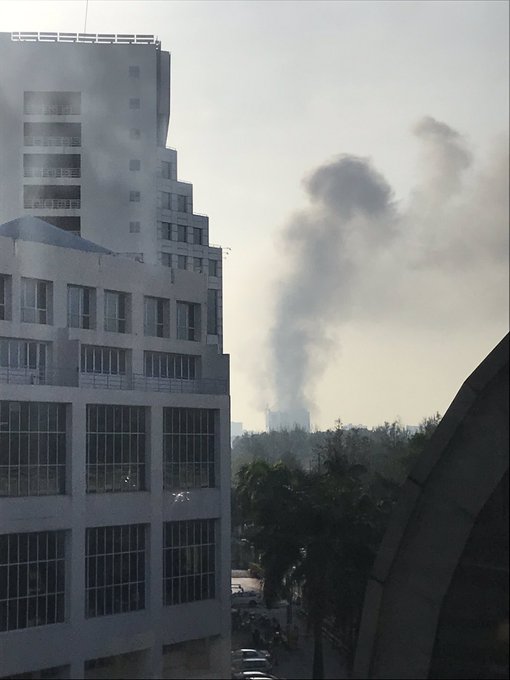 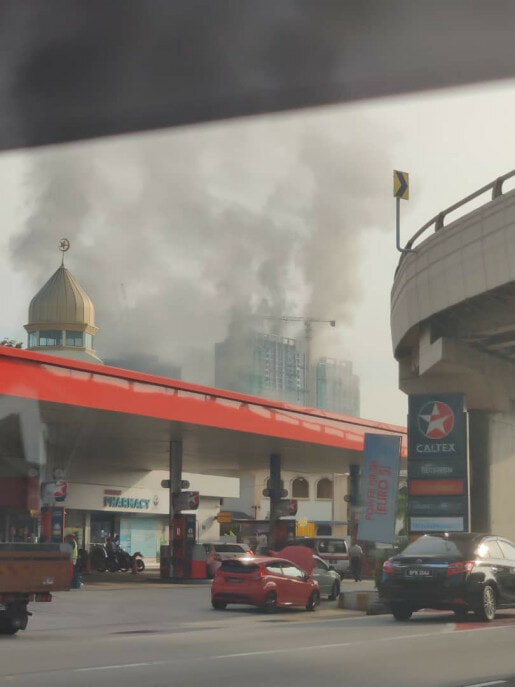 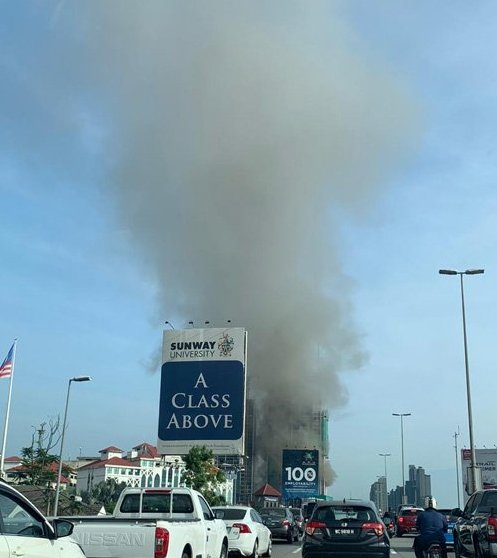 Update (3.50pm, 7th February 2020): The developer of the project has since released a statement on the fire, confirming that a fire did break out in the parking area which was under construction, but was quickly put out by the authorities who immediately arrived on the site. Thankfully, no human causalities have been reported and the damage to the project site is minimal. Thank goodness!

Also read: Rawang Man’s Powerbank Catches Fire After He Leaves It In His Car, Destroys It Completely 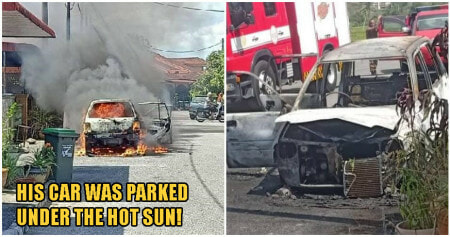