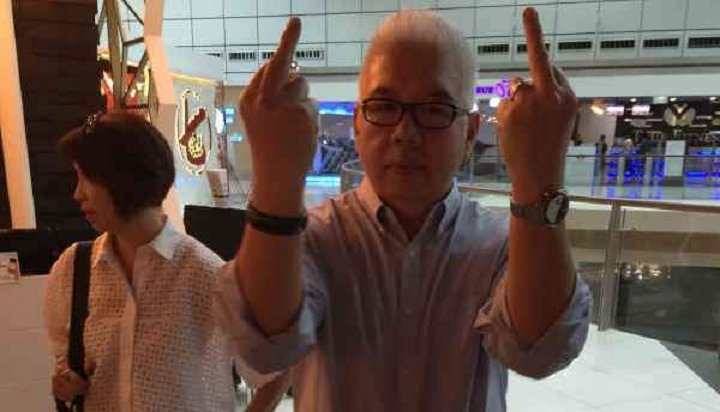 Instead of apologising after cutting in front of a queue, a Singaporean man and woman gave things an ugly spin as they started to hurl racist insults.

Mr T, an All Singapore Stuff contributor, recalled how he made an early trip to a new Japanese tempura restaurant, and was first in line followed by 8-10 others who later joined.

“I arrived about 20 minutes early and was the first person in the queue. Soon, 8 or 10 others joined me. A few minutes before the restaurant opened, a man and a woman arrived together and cut in front of everyone queueing.”

As anyone does, Mr T ‘kindly informed the gentleman that there was quite a long queue already’.

“He said, ‘So? How the hell was I supposed to know that?’ I said, ‘Well, sir, you could look behind you and see all of us standing here waiting.'”

Just when you thought it couldn’t get any worse, it does. The man started to hurl “vicious, racist” insults at him!

“He said, ‘Why are you even here, Ang Mo? You should go back to your country! Or maybe you’re too stupid to get a job where you’re from? You’re probably not even working here. Maybe go rob a bank?'”

His female companion also chirped in: “Yeah, look at his dirty, cheap clothes. Get a job, Ang Mo! Or yeah – go rob a bank. You look like you need money.”

Now, Mr T was truly taken aback. He claims himself an ‘Ang Mo’ from the States, and has been happily living here in Singapore for 2 years. However, this was his first encounter with such “nasty, vicious people”.

Shaken from his ordeal, he decided to speak to the Japanese manager and chef after sitting down. Himself fluent in Japanese, he told the staff what happened.

The restaurant allowed all 3 of them to say, but the chef let Mr T eat for free – his way of apologising for the “extremely vicious” behaviour of the duo.

But, the racist couple was not done!

Afterwards, the man actually chased Mr T out of the restaurant with his camera on!
He said, “Hey, Ang Mo! Let’s make you famous! Smile for the camera! And let’s see if you can find a job here after I’m done with you.”

Side note though, is the ‘go rob a bank’ phrase a new insult towards ‘Ang Moh’ in Singapore after this incident? Funny how trends are so quick to catch on!

However, Mr W later then submitted his side of the story and hopes the whole situation could be cleared. “I am the person in the picture accused of being a racist. I regret and apologise that I should not show the finger. There’s always two sides to the story.”

Read his side of the story here. 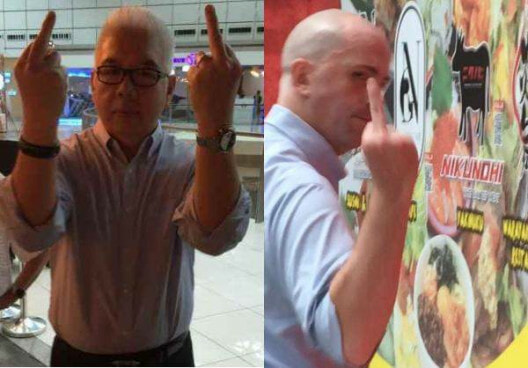