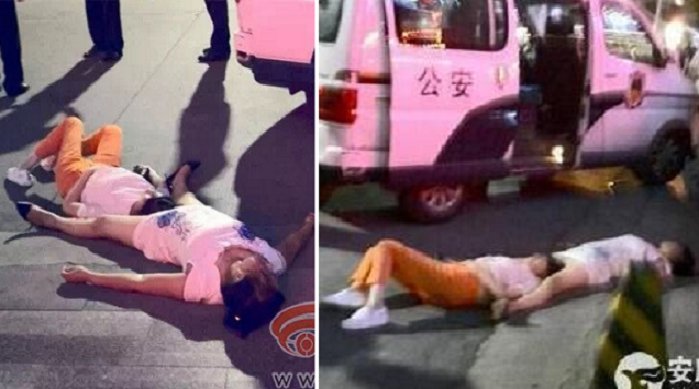 Two woman faced down each other in an epic 8 hour argument, and the debate got so heated they passed out on the street after bickering directly under the hot sun with no food nor water. Investigations into the squabble of the century later revealed it was over a debt settlement.

Well, it surely was a heated debate.

According to NetEase, the two apparently met at 2pm in the afternoon and then called the police to help intervene two hours later. Officers at the scene suggested they should try to settle their claims in court, but the two woman preferred a good old public show down.

Later on at 10 pm, police officers went back to the scene to check up on the two debaters, only to find the two had collapsed on the street.

One of them even had foam coming out of her mouth and was incontinent! Both were rushed to the hospital and is reported to be in stable condition. #WhenYouRagSsoHard

Chinese netizens have found amusement in the duo’s squabble, with many impressed by the dedication shown by the two. I mean seriously? 8 hours straight with no breaks???

“I’m so impressed that they can shout at each other for 8 hours straight. On another note, them lying down on the ground next to each other is so cute,” one user commented.

“Holy shit, I will never again underestimate the desire women have to win an argument,” said a Weibo user.

“Just out of curiousity, did they plan out the position in which they would pass out in?” another user wrote.