What is wrong with kids nowadays?

Just a few days ago, we learnt about an 11-year-old girl who wrote a “love letter” to a 12-year-old boy saying that she likes him and would like to have sex with him. Luckily, the boy’s parent was able to confiscate the letter before things got out of hand.

However, one case escalated so quickly that two seven-year-olds decided to have oral sex in a school bathroom. Lobak Merah wrote that when both of them were caught, the boy was performing oral sex on the girl. As shared by a netizen who retweeted Harian Metro’s tweet about the infamous “love letter”, she wrote,

“My husband works as a teacher. One day, a Standard One student was caught with a Standard One girl doing an obscene act in the toilet (the boy was licking the girl’s private part).”

“When asked, the boy said that he saw his parents doing it (having oral sex).”

The netizens’ tweet has become viral with over 1,200 likes and more than 2,600 retweets. As her tweet garnered attention from the internet community, many netizens gave their two cents about the matter.

They felt that it isn’t the children’s fault for being curious as the parents should have been a little careful whenever they want to have some “fun”. 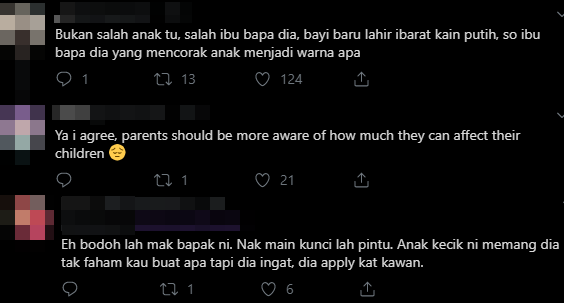 This kind of behaviour in a young child is concerning, but what are some of the ways you think that we can implement to curb this problem? Tell us in the comments below!