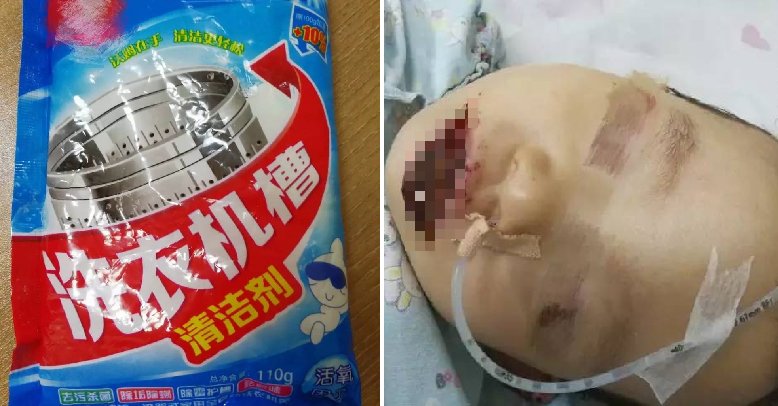 Having small children running around the house means that you have to childproof the house as their innocent minds do not know which items will harm them. This couple in Fuzhou, China probably thought that their little girl wasn’t strong enough to open cabinets but they were sadly proven wrong. 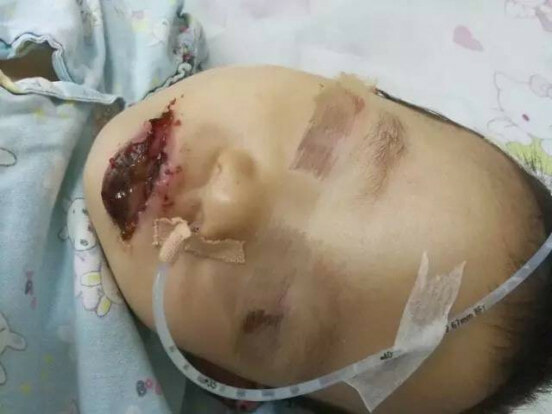 According to Apple Daily, a two-year-old girl named Xiaoyun suffered serious burns to her mouth and skin after accidentally ingesting a strong cleaning powder that she found in a low cabinet at home. The cleaning agent, which is a strong powder to clean washing machines, came in a bright and colourful packaging.

The incident happened on August 24, when Xiaoyun was happily toddling around the house until she spotted the colourful packaging and started chewing on the plastic. She was apparently trying to ingest the powder after mistakenly thinking that it was milk powder and managed to consume some before an adverse reaction took place. 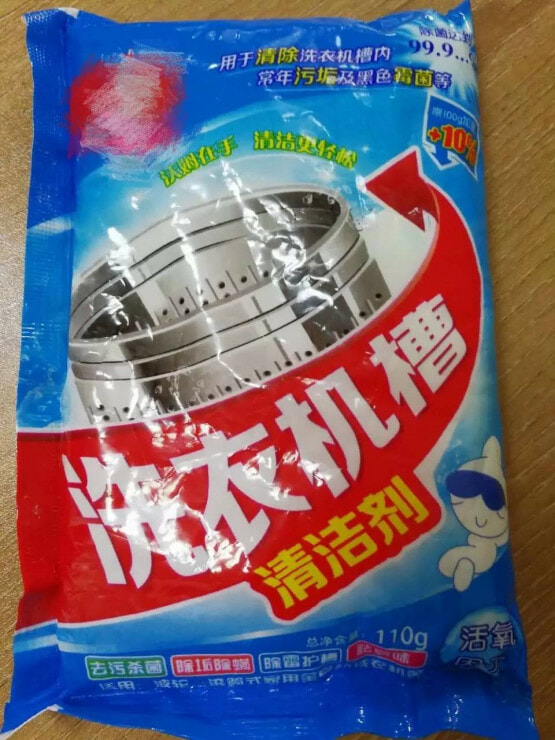 The toddler started wailing and crying before her grandmother found her and tried to get her to vomit out what she had consumed. Other family members washed her mouth with warm water and cooking oil to soothe the pain but poor little Xiaoyun could only cry piteously while drooling. Poor little girl! 🙁

The worst wasn’t over though, because a few minutes later, her little lips turned purple while blood started oozing out from the blisters that formed around it. That is so terrible! She was then taken to the hospital three hours after she had first ingested the cleaning powder.

Warning behind the bag, which says to keep away from children. | source: ettoday

The doctor said that the suffering toddler sustained burns and injuries in her digestive tract including parts of her body as it had come into contact with her skin when she panicked. She is currently still recovering in hospital but her condition is unknown.

Doctors said that if a child accidentally ingests hazardous materials, they should be rushed to the hospital within six hours and not try to induce vomiting as this may cause more damage. Parents should also bring along the item to the hospital so that doctors can determine the best treatment.

Remember parents, keep all these seemingly harmless items far away from the reach of your little ones! Get well soon, Xiaoyun! 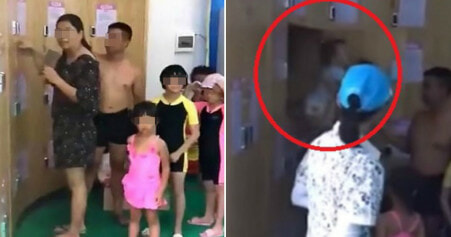