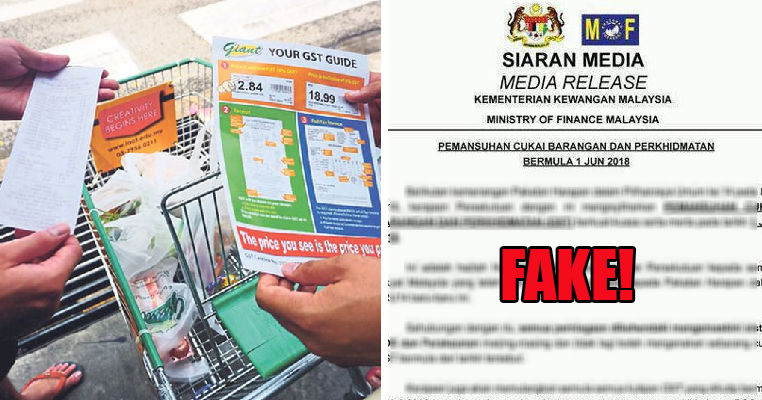 It’s very natural to want to share any news with your family and friends but please fact check before you do! Another fake news has circulated again and this time, it involves abolishing the Goods and Services Tax (GST) in Malaysia. 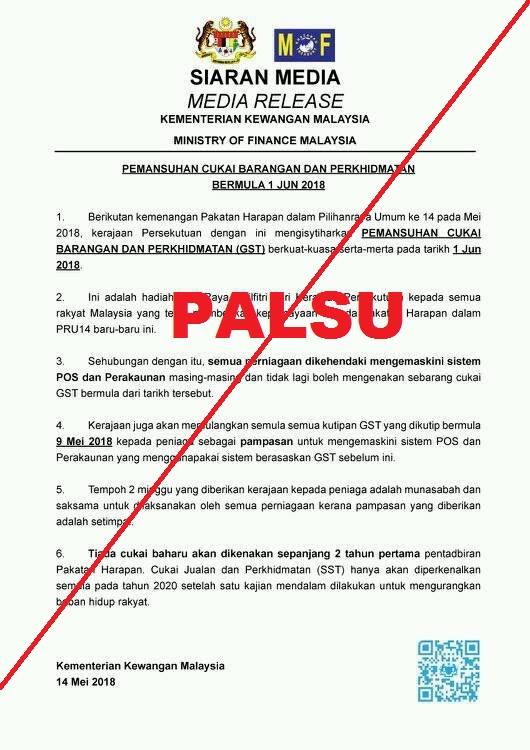 With Pakatan Harapan being the new government, one of their promises is that they will abolish GST when they come into power and they are taking steps to do so. However, recently, an image of an official-looking notice supposedly issued from the Ministry of Finance Malaysia announcing that GST will be cancelled starting from June 1, 2018, has been circulating on social media and in WhatsApp group chats. That’s kind of too soon right?

It also claimed that this was a Hari Raya gift from the new government. In addition, the statement issued on May 14 said that they would refund the GST that merchants had paid after May 9 as compensation so that they can update their system. The statement added that as compensation was given, merchants should be able to update their accounting systems within two weeks to ensure that GST is not charged to consumers anymore.

To top it off, the statement said that there will be no tax collected for the first two years of the Pakatan Harapan rule. As for the proposed Sales and Service Tax (SST), it would only be reintroduced from year 2020 after an in-depth study has been done.

Well, if something sounds too good to be true, then it probably is! The Ministry of Finance has since clarified in a Facebook post that the statement is FAKE and no such thing has been declared. For the record, the current government has not announced when they would be abolishing GST but they are currently studying ways to do so. They have 100 days, so be patient!

So guys, stop sharing this image and remember to always fact check first! 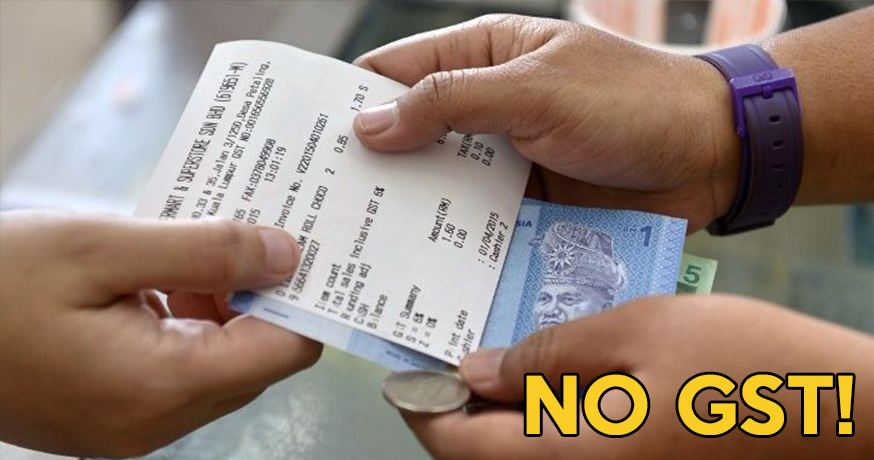