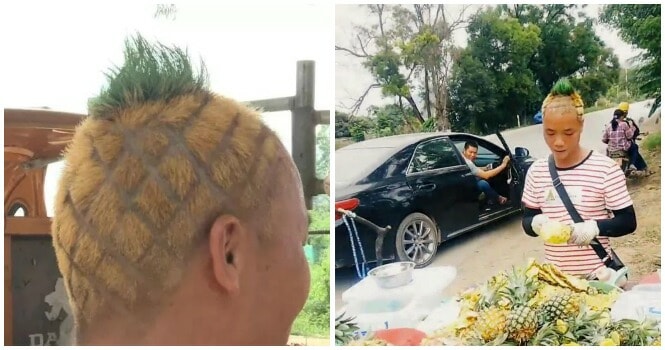 We’ve seen a lot of people with eccentric hairstyles and quirky hair colours but this man in China certainly took it to a whole new level! Instead of following trends like the rainbow hair, unicorn hair or mermaid hair styles, Su Changfeng went and got a haircut in the style of a pineapple. Yep, you read it right. 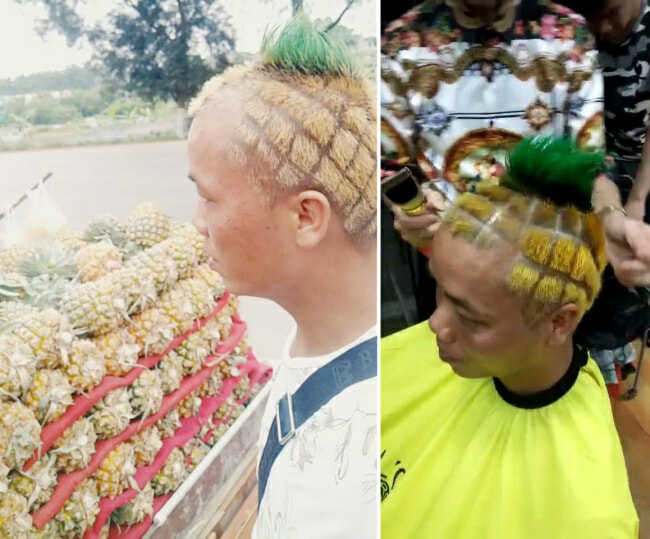 According to China Plus, he had the idea of getting the mind-blowing haircut in order to boost the sales of his pineapple stall. Su has been selling pineapples for six years in Nanning, Guangxi Zhuang. It looks like Su knew exactly what he was doing because his pineapple sales actually increased after getting the haircut!

Su was seen with the pineapple hairstyle back in May 2019 when he had his hair spiked and dyed green at the top of his head. Meanwhile, the hair at the bottom of the green spike has a criss-cross pattern and is dyed yellow, similar to a pineapple. 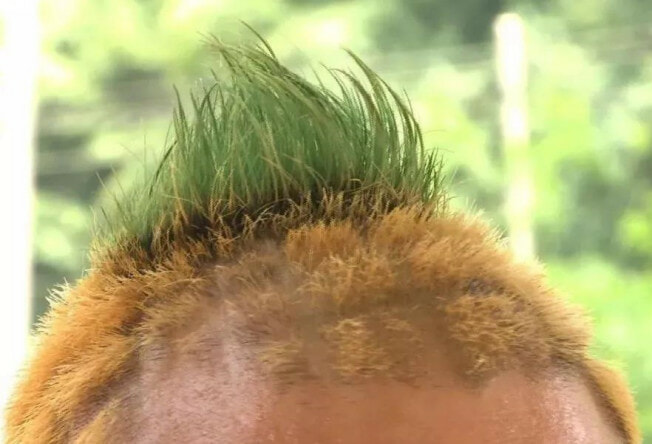 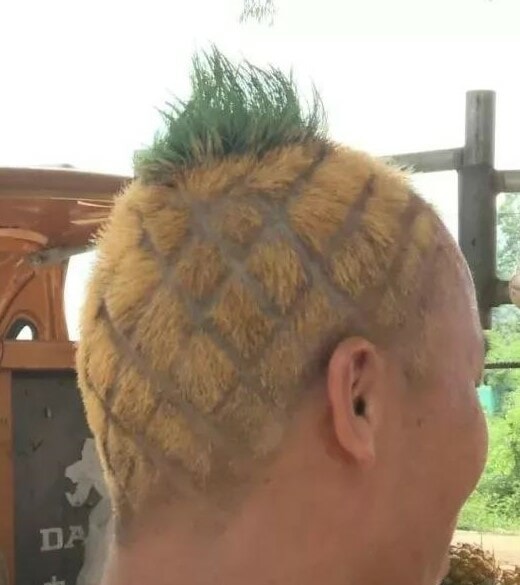 Before he had gotten this amazing haircut, Su only sold 454kg of pineapples every day. The average weight of one pineapple was 2kg, so he sold about 230 pineapples per day.

However, after getting this truly one of a kind pineapple hairstyle, his pineapple sales increased and now he sells about 590kg pineapples a day. That’s an awesome 70 extra pineapples per day! 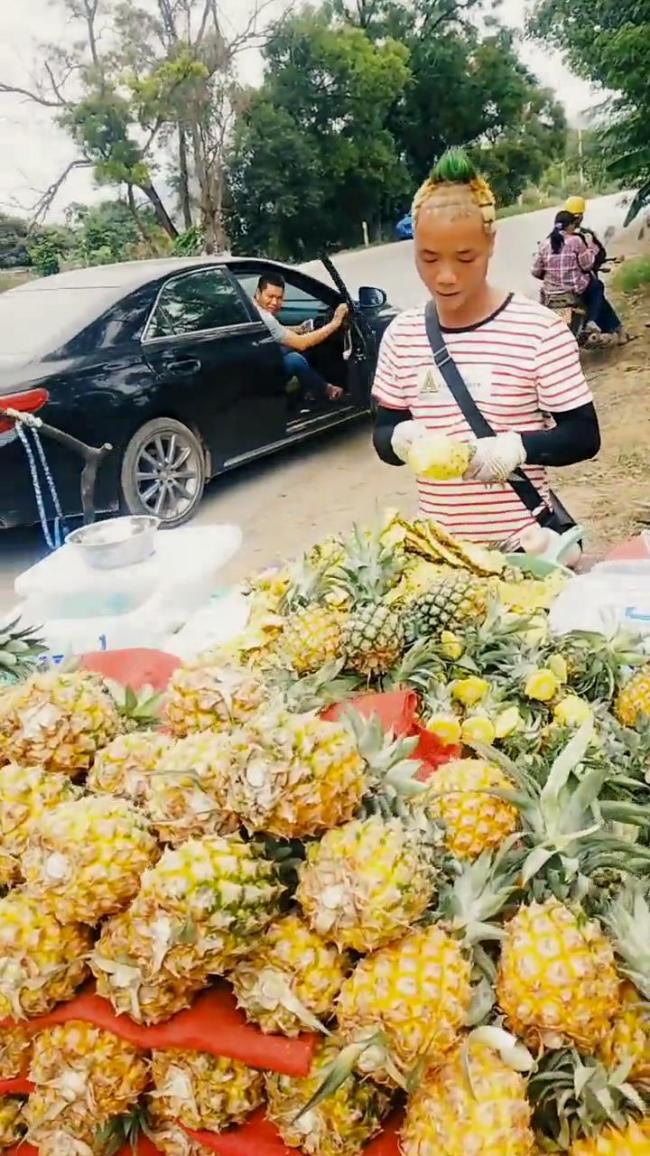 Su has become so popular his area for his signature haircut that the folks there even call him “Pineapple Brother”. 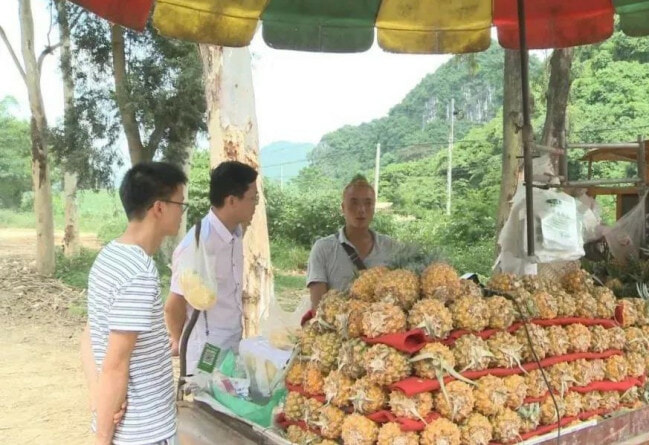 Now, that’s a really clever and unique way to get more customers to your stall! 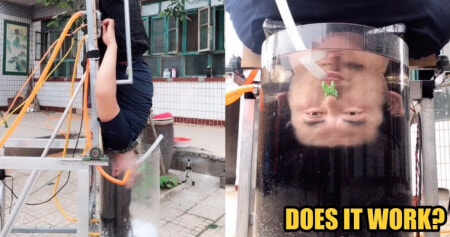