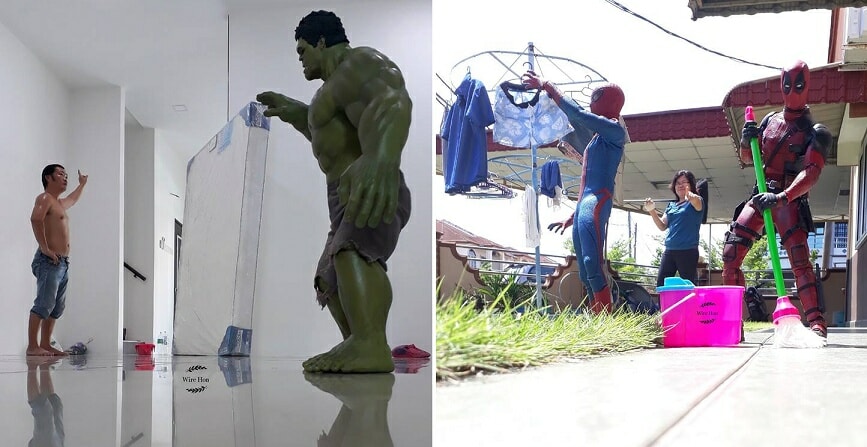 Ever wondered what it would be like to get the hulk to help you move your mattress?

Our very own Malaysian sets up quirky photo shoots in his house and brings these Marvel and DC superheros to life by getting them to do his household chores! 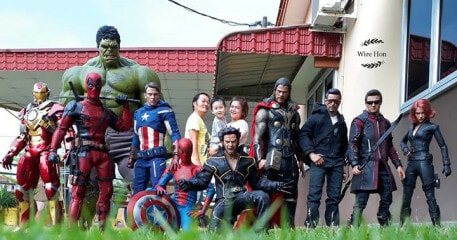 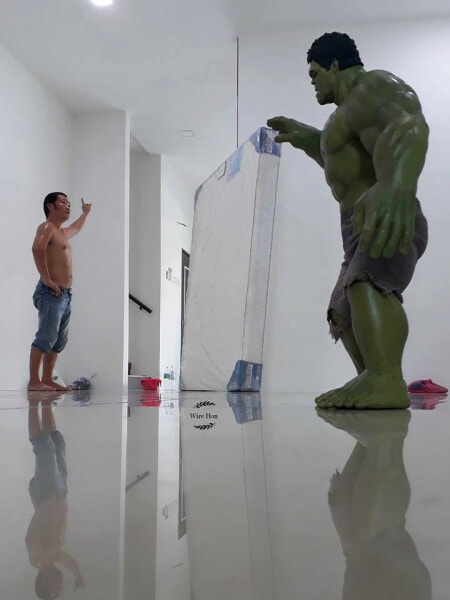 His work has gotten some laughs out of Malaysians and international audiences alike! And I’m talking features in 9gag, Ozzyman reviews and Bored Panda to name a few sites!

According to Mothership.sg, Hon first got the idea for this quirky photography project “to fulfil his childhood dream of taking keepsake photos with his favourite Marvel and Justice League superheroes.” 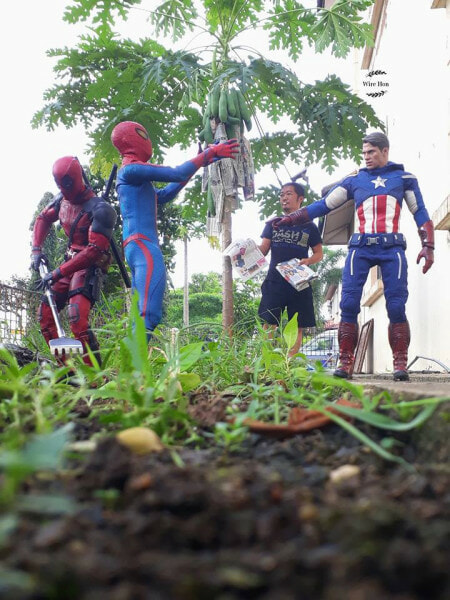 He also told Mothership.sg that the subject of his photography series was inspired by the everyday activities he does at home, like running errands and carrying out household chores.

Well, it certainly makes sense seeing that even superheroes have everyday normal identities. We’re pretty sure Clark Kent has had to do his laundry at some point. 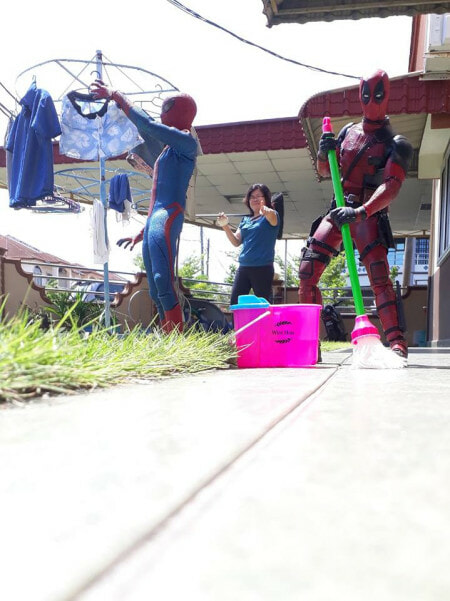 He even has some tongue-in-cheek comparisons to the Deadpool 2 movie’s promotional images. 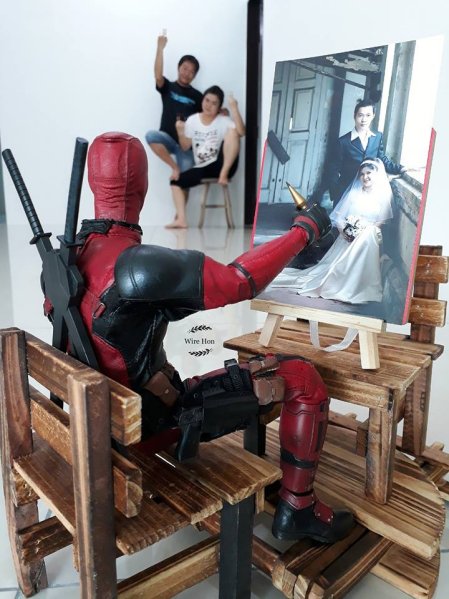 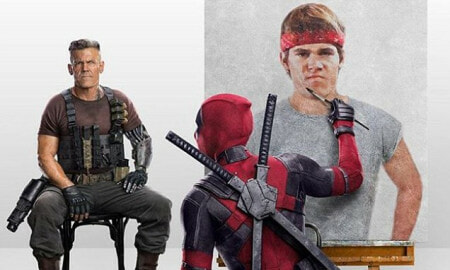 By placing his camera at a certain distance, along with the action figures as well as positioning himself in the best spot, he manages to make these action figures look about the same size as he is! 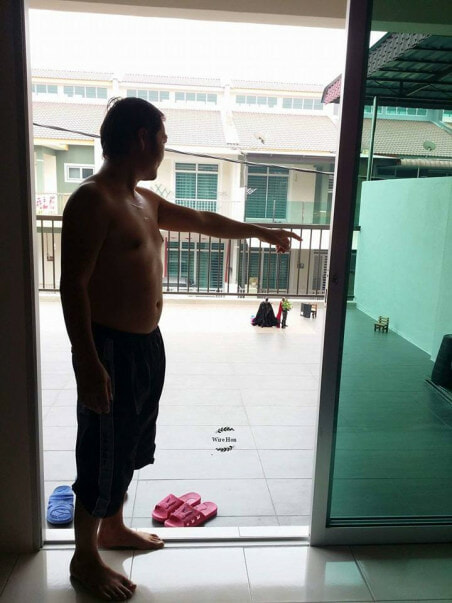 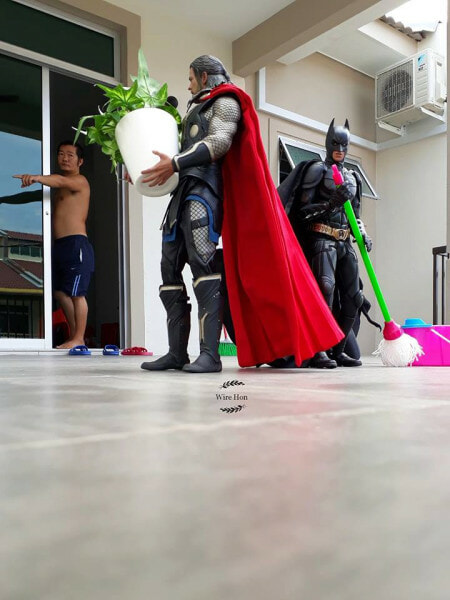 And presto! From pint-sized plastic toy, to human-sized butler! Each shoot can take up to 45 minutes to set up, after which he will take over 10 photos before choosing the best ones to upload online.

Here’s one of the many videos of his process:

He’s not the only one having fun in the photos, he even gets his wife and son to pose for a few humorous shots as well! 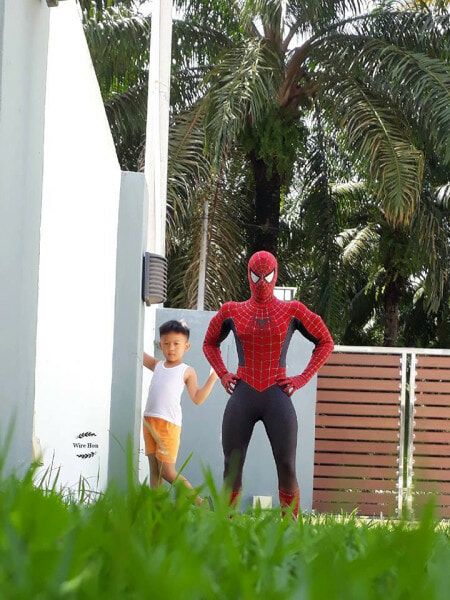 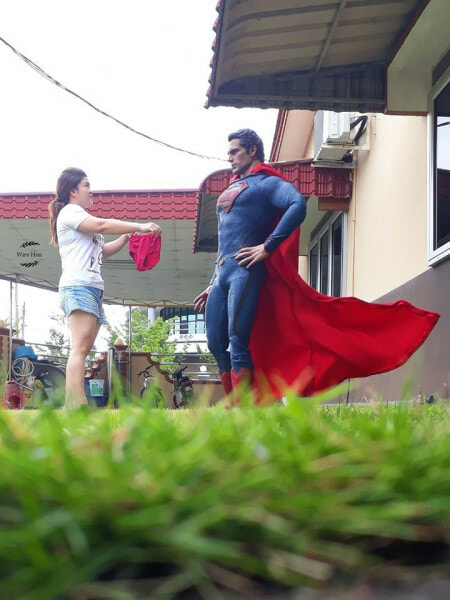 Not sure if superman kena marah ke apa, but please, somebody has to CAPTION THIS PHOTO! 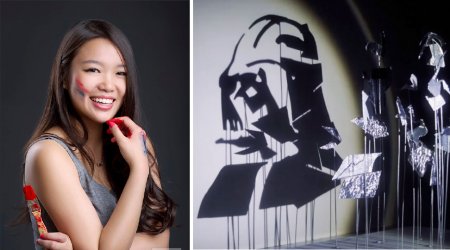