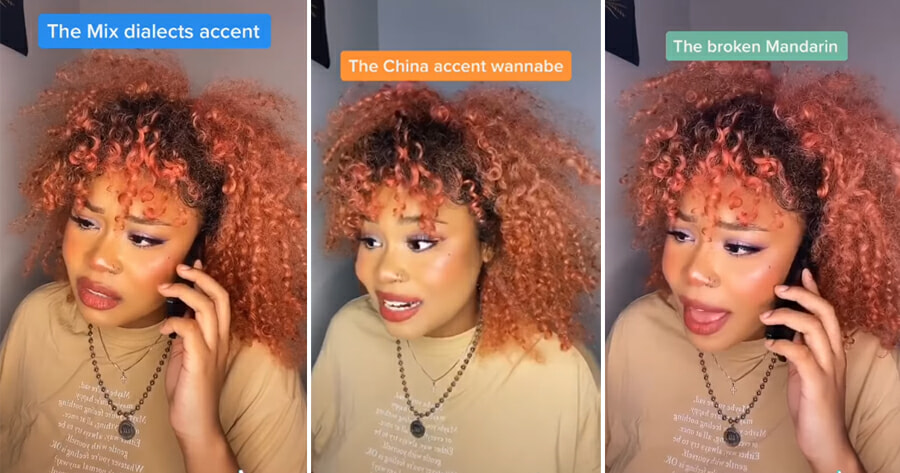 A video of a girl with bright orange hair is going viral on Facebook and netizens are superbly impressed as she speaks in different Chinese dialects.

Her video shows her acting out various scenes while speaking “normal mandarin, “broken mandarin”, “the China accent wannabe”, and “the mix dialects accent” where she starts speaking in an almost perfect Hokkien dialect as well.

The video reposted on Facebook has since garnered about 3,900 shares and 2,300 likes with many netizens commenting that she speaks really good Mandarin.

Vanessa Ben Reynauld is a 20-year-old Malaysian Chindian who lives in Klang and is a talented singer who started singing ever since she was four years old.

She studied Chinese up to Year Six and was a student at Methodist Girls’ School.

At 12 years old, she started joining singing competitions like the Beijing’s “Water Cube Cup” overseas Chinese youth singing contest where she won the silver medal in 2016, according to The Star. She has also performed on Ceria Popstar 3: Konsert 5 back in 2015.

Three years ago, she started her own YouTube channel where she uploads amazing song covers and a variety of “how-to” videos. Some of her later covers include I’ll Never Love Again by Lady Gaga and No Time To Die by Billie Eilish.

Vanessa is also on TikTok where she uploads funny and entertaining short videos. Go check her out!

Malaysia is certainly blessed to have such a talented girl that we are proud to call our own! You go, Vanessa!