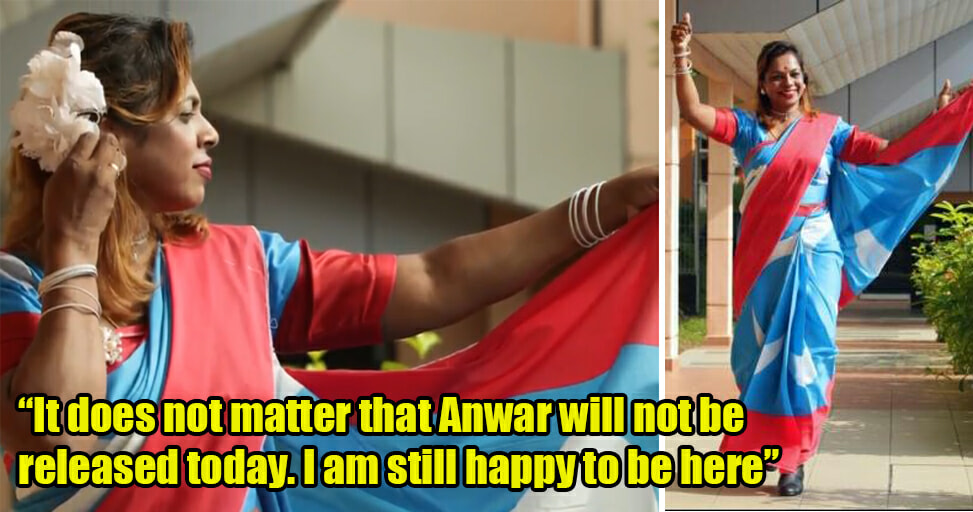 News had spread that Anwar was to be released today (May 15), but unfortunately, his release has been postponed again. While many Malaysians are anxious awaiting his release, this is not the case for a very high-spirited Malaysian.

Malaysian citizen, Devamalar R. Mugam, went to such extremes by waking up at 4am to put on a special PKR-themed saree and headed to the Cheras Rehabilitation Centre at 7am today, only to find out that Datuk Seri Anwar Ibrahim was not being released, reported The Star.

“I took leave from work and woke up at 4am to get ready. I was the first one here at 7am and only learned later that Anwar would be released tomorrow (May 16),” she said when met outside the centre. 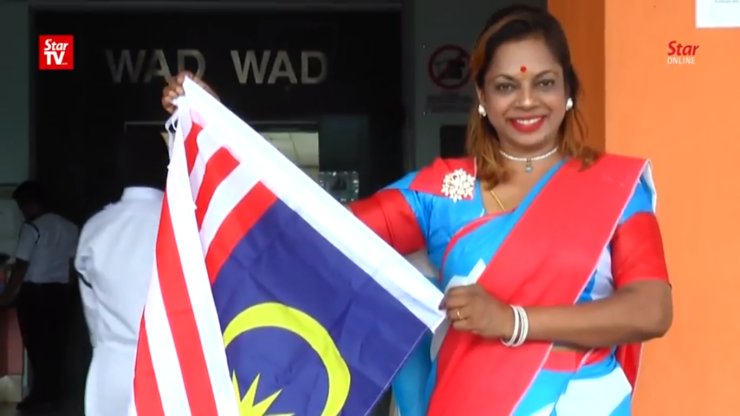 After finding a suitable one, she refashioned the banner into a saree, and excitedly put it on for the special occasion.

“My husband found a 6m-long banner and I spent RM150 getting it sown into a saree,” she said.

The 45-year-old mother of four from Puchong said she was not disappointed at not being able to see and greet Anwar on his release.

“It does not matter that Anwar will not be released today. I am still happy to be here,” she said.

“Tomorrow, the whole nation will be happy when Anwar is finally free.” 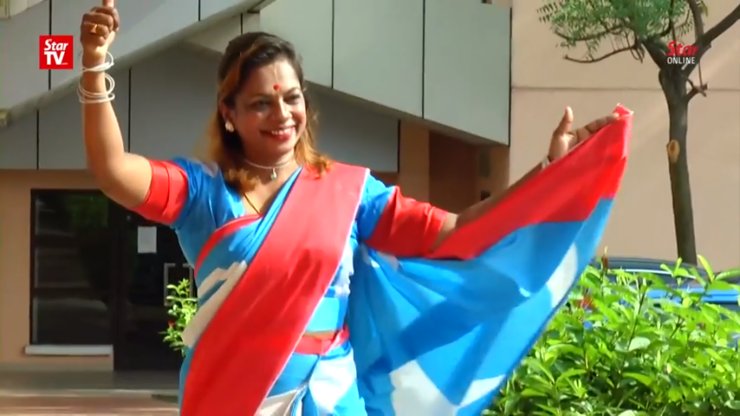 Anwar’s nephew, Harris Sani, was one of the people who were visiting him at the centre. He said that Anwar’s release will be dependent on the doctor’s advice.

He also added that they were not sure if Anwar would walk out a free man once he is discharged from the centre or if he would be released from Sungai Buloh prison once his papers are in order.

We’re all excited for his release, but clearly not as excited as Devamalar! I wonder if she plans to make more sarees with all those flags…

Also read: Nurul Izzah: Anwar to Be Released On Tuesday 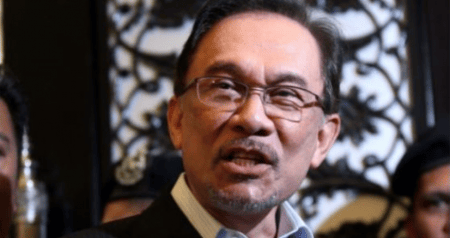