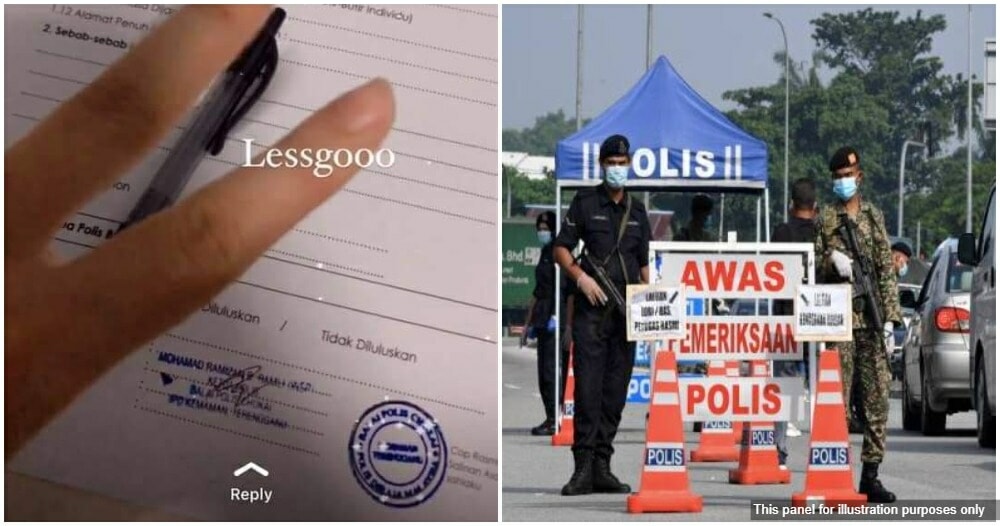 It’s been three months since state borders have closed. Many people have been feeling restless in their homes and are now looking forward to when the state borders will be re-opening.

Recently, a screenshot of a WhatsApp story has gone viral on different social media platforms. The screenshot depicts an interstate permission form without any particulars filled in. What stands out is that it has already been stamped and signed. 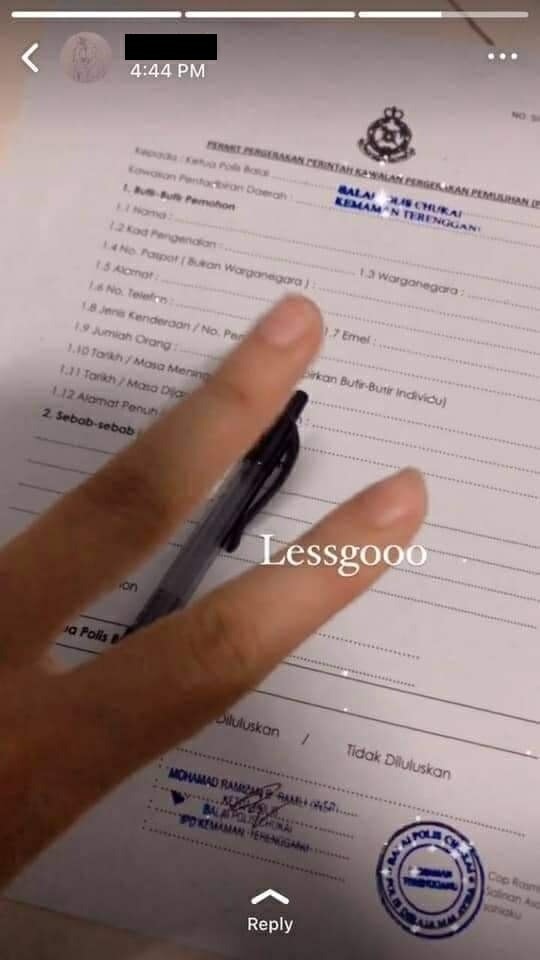 Unsurprisingly, this has caused dissatisfaction among netizens as many have said that this is unfair and that many who applied with legitimate reasons were rejected.

“I wanted to cross states as my parents were sick but I was rejected. This person can upload just like that. When you got it already, please shut up! You have already made everyone’s life hard.”

“This frustrates me. I haven’t gone back to my kampung in a long time and my mother cries on video calls as she misses her grandchildren very much. Sometimes, she questions if she will live long enough till she can see her grandchildren. Sad. You can cross states then keep quiet about it.”

The police station that was identified from the screenshot has since issued out a statement on Facebook.

In the media statement, it is said that the signature of the Kemaman chief police was forged. The form was given to the woman who had uploaded the picture as she had a work interview to attend on 8 April. 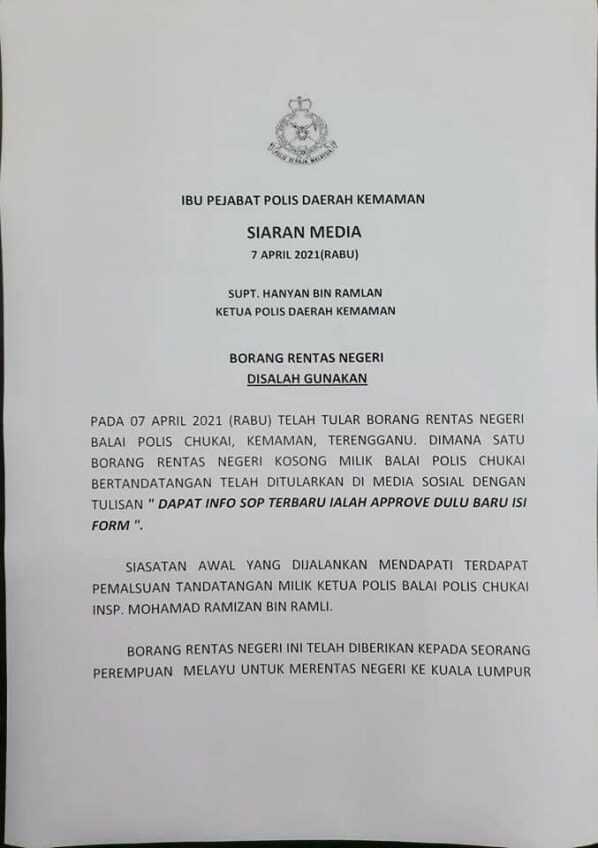 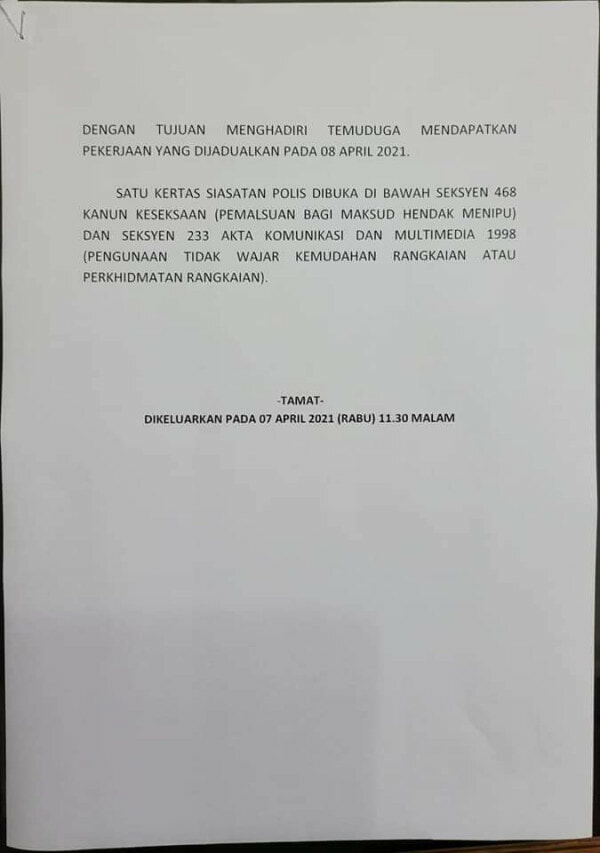 This case will be investigated under Section 468 of the Penal Code (forgery with the intention to cheat)  and Section 233 of the Communication and Multimedia Act 1998 (sharing of offensive and menacing content).

Also read: PM: Those Who Have Been Fully Vaccinated May Be Allowed To Travel Interstate & Overseas 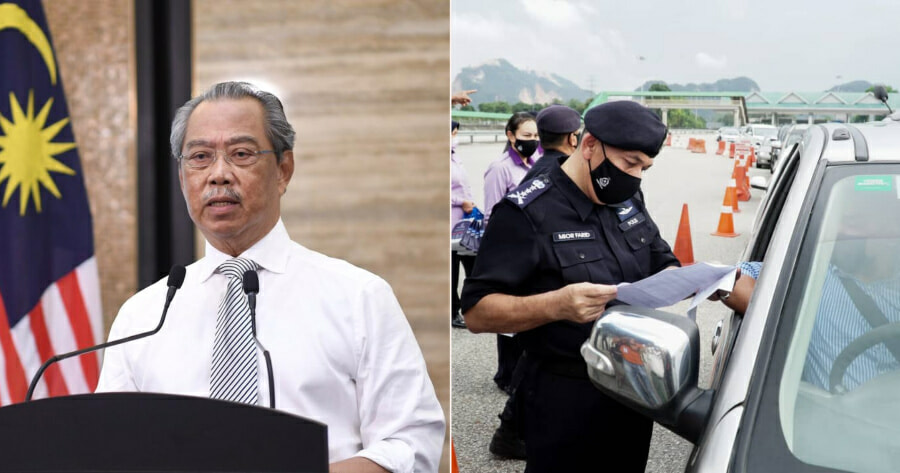