Cyberbullying isn’t ok. Have we not made that clear? Being a keyboard warrior is not ok. Insulting people you don’t really know over the internet IS NOT OK! It’s so hard for some people to get that really simple concept.

On 22nd October, Twitter user @Bellanasyaz posted screenshots of a conversation she had with a Carousell seller who was selling a fridge. 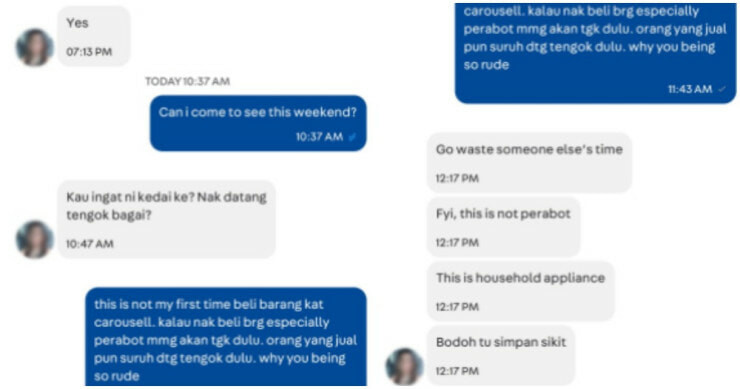 Basically, Bella messaged the seller about the fridge she was selling and asked the legitimate question of whether she could come and inspect the condition of the fridge to which the seller replied, “Do you think this is a shop? Want to come look around?” and that she can’t inspect it. I’m sorry, but did the seller expect the buyer to trust you, a completely random person on the internet, given how many scams are being run out there?

As if that wasn’t enough, the seller decided to add salt to the wound by insulting her more. Not only that, her insults were filled with sexist AND racist slurs.

Are you guys seeing what I’m seeing ?? Like, what’s her point? The seller was already on a whole level of offensive when she thought the buyer was a guy but decided to be take it to the extreme when she found out they buyer was a girl. Don’t want to sell your fridge, don’t sell lah. Netizens who saw the post were really angered, and understandably so, what she said was not OK.

Kudos to Bella for maintaining her composure even while dealing with this level of idiocy and ignorance. As for the seller, it’s 2019, what you were doing isn’t feminism instead, it’s an insult to feminism. Also, you’re living in a multiracial country! 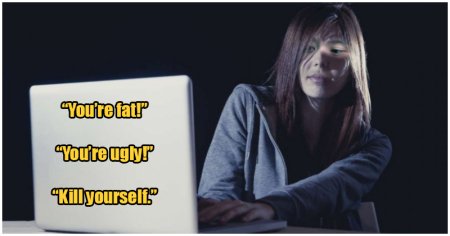