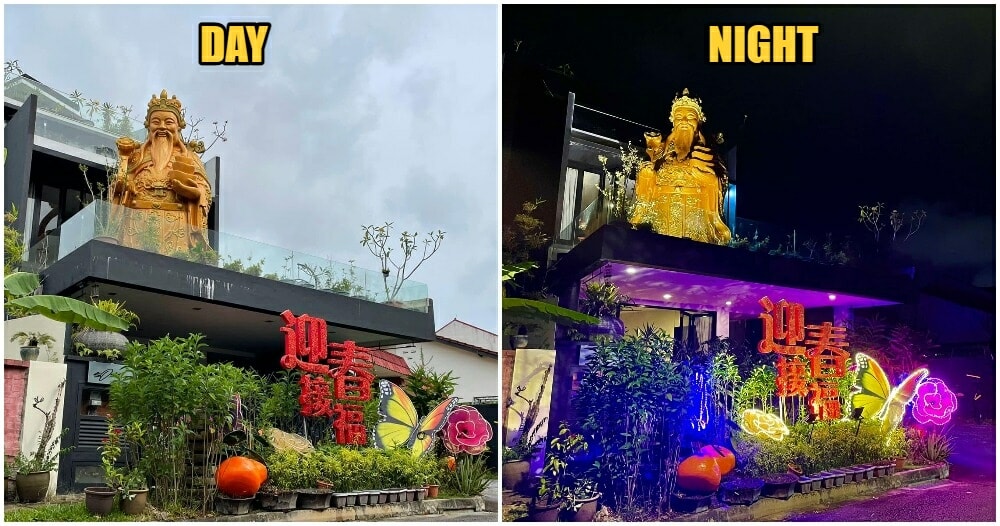 It seems like the huat quota for 2022 will be taken up by the people of this household in Singapore as they really took decorating for Chinese New Year very seriously.

In a series of pictures and videos that have gone viral, we see a golden statue of the God of Prosperity chilling on the second-floor outdoor area of someone’s house. 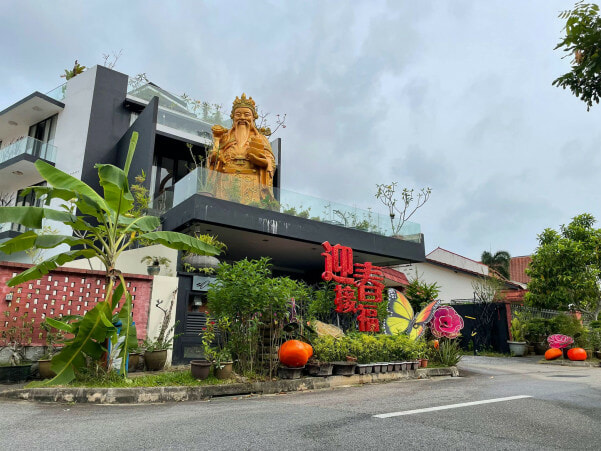 The God of Prosperity is not just your tiny little one on your desk as this one is 6 meters tall and it can probably serve as a landmark of some sort.

This house is located in the Kranji suburb and a video posted by Andrew Wee on Facebook has shown that they needed to use a crane to move the statue onto the second floor.

According to Shin Min Daily, the statue is made using polyfoam and painted a glimmering, gold colour. Since this is such a big scale project, the statue actually took 2 whole months to complete!

Other than the statue, the house also had some other decorations on its front lawn such as butterflies, oranges, roses and a sign in Mandarin that says “welcome springtime and receive blessings”. 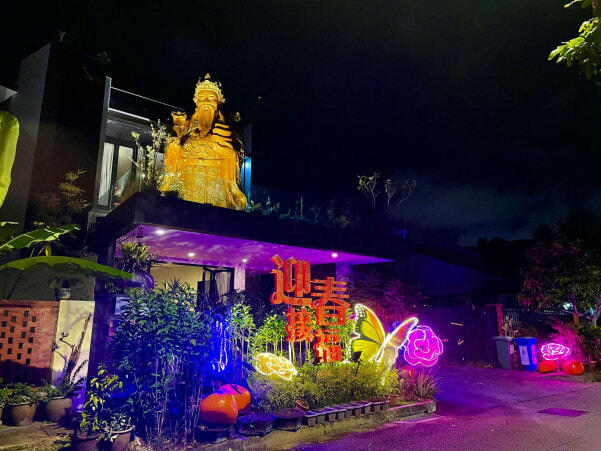 The neighbours were pleasantly surprised with the God of Prosperity statue and they hope that they will receive some of the blessings as well in this new year.

Well, this is certainly very extra and we love it! What other extra ong and extra huat decorations have you seen this year? Let us know in the comments! 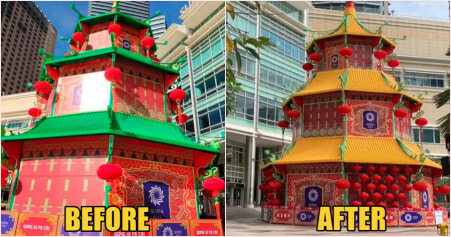