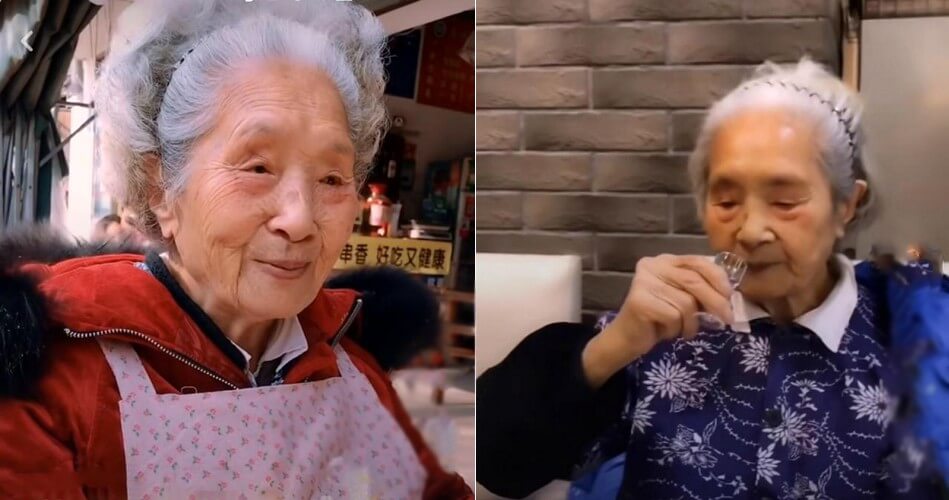 This grandma is awesome!

For most of us, eating healthy is one way to keep ourselves energetic and youthful. However, that is not the case for this grandma from China who loves eating hotpot, drinking alcohol and coke. Wowza!

The 98-year-old grandma who is nicknamed Grandma Foodie has become an internet sensation because of her love for food, gassy drinks and alcohol, wrote Nextshark. Tbh, this grandma is me in the future!

Grandma Foodie stays in Chengdu of the Sichuan province and since August 2018, she has appeared in several videos with her granddaughter Cai. You can watch a compilation of Cai’s Douyin (aka TikTok) videos here:

Grandma Foodie loves food – especially if they are spicy – and drinks (alcohol) so much that she can never give them up. #relatable

In fact, in a video, she was once seen eating hamburgers so quickly that her dentures kept falling off. Having said that, Grandma Foodie has only been on Douyin for several months but on Monday (March 4), she was the most trending topic on Weibo which is a Chinese social media platform.

Adding on, the badass grandma has garnered more than 416,000 followers since August 2018. Many people find her interesting and praised her positive attitude as she enjoys life even though she’s old. Following her massive fame online, Grandma Foodie’s videos have managed to receive millions of views. 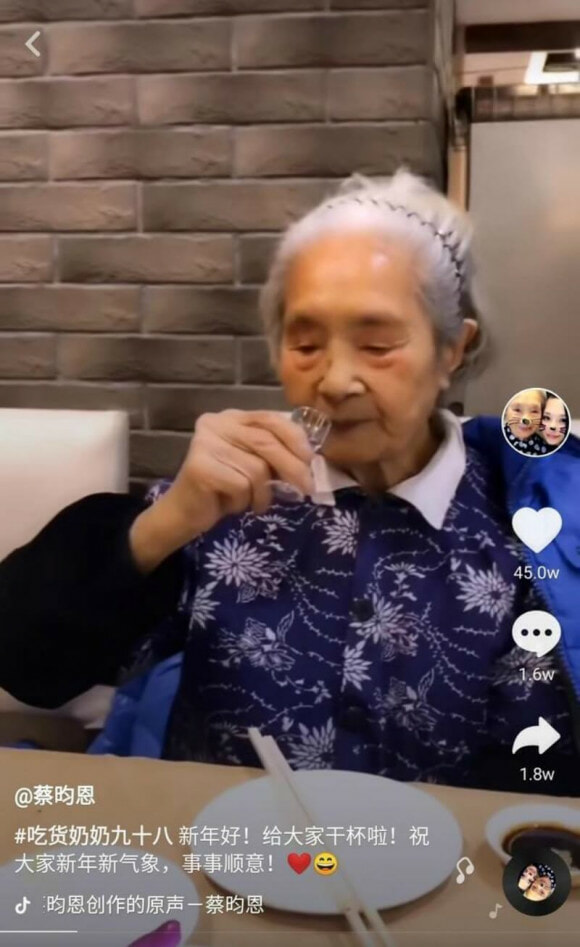 Cai believes that her grandma’s fame is due to the fact that she’s 98 years old but still lives the “life of a young person”. She was quoted by What’s on Weibo as saying,

“I think it’s the contrast that makes her so popular. She drinks Coke, eats hamburgers, loves spicy food and all that greasy food. She’s leading the life of a young person and it appears to be very unhealthy. But she still has longevity.”

“Why on earth would they like me for? I’m old!” said Grandma Foodie. 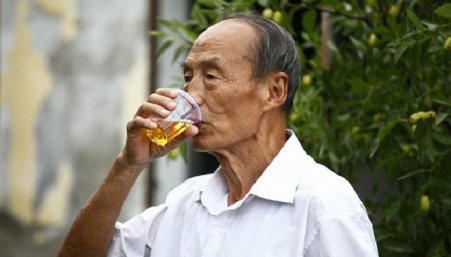