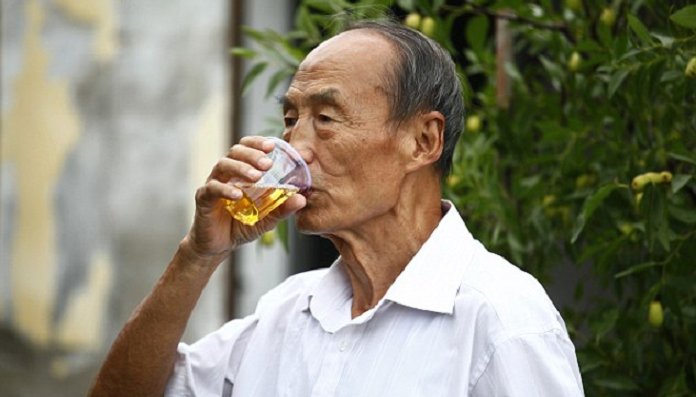 I know what you are thinking. Ewwwwwwwww!

Omg how can this old man drink his own piss, and enjoy drinking it so much that he has continued the practice for 23 years?! 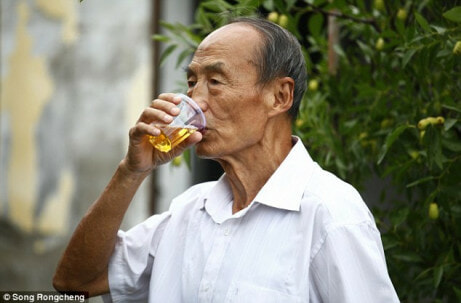 It is not a surprise that Chinese people may eat unusual things/animals claiming it’s good for health. The Shanghaiist reported a practice that isn’t just strange, but one that many would find disturbing — urine therapy (which is drinking ones’ own urine).

Don’t gag just yet, because Mr Bao, the chief managing director of the China Urine Therapy Association swears by it and tells the Chengdu Economic Daily that he has had the urine diet for 23 years.

“It’s been 23 years. I’ve been drinking urine since I was 48. Urine can cure all illnesses, like back problems, emphysema and farsightedness.”

The Daily Mail also reported that The China Urine Therapy Association is not recognized by China’s Ministry of Health but have garnered more than 1,000 members today. 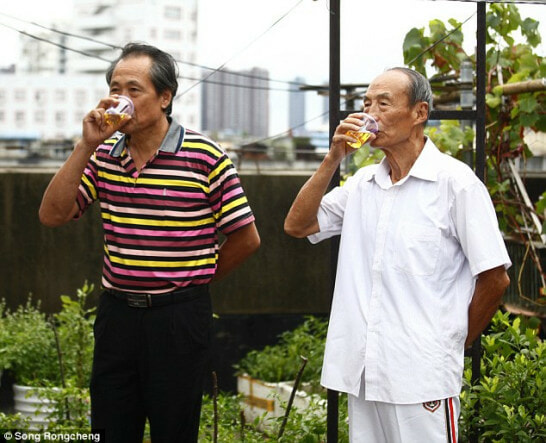 Bao also shares with the paper of his first experience with urine therapy.

“I held the cup for a while then plucked up the courage to drink about 100ml whilst holding my nose.”

“I found that it didn’t taste of much, and in fact tasted better than some traditional Chinese medicines. I made it a habit to drink 100ml a day from then, and now I’m on 300ml a day.” 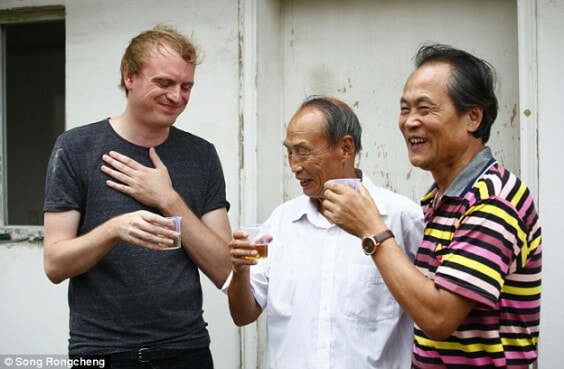 Jamie Fullerton from Daily Mail was invited to the office and Bao encouraged him to sample his own effluent.

“We can decide the taste of the urine by adjusting our diet. Whether you want apple urine or tea urine, all are available.”

Not knowing this fact, Fullerton wondered if his piss would taste like the beef stew and Belgian beer he had the night before. After drinking his own excrete *gags*, he instead commented that it tasted of nothing, just water.

A medical advisor from the Chengdu First People’s Hospital, Wang Xiaodong has also advised against the practice as the urine contains human waste and toxins which aren’t beneficial to the body. Furthermore, there isn’t any concrete evidence that proves the advantages claimed are valid.

Never the less, we have thousands of people practicing it anyone. Care to try?