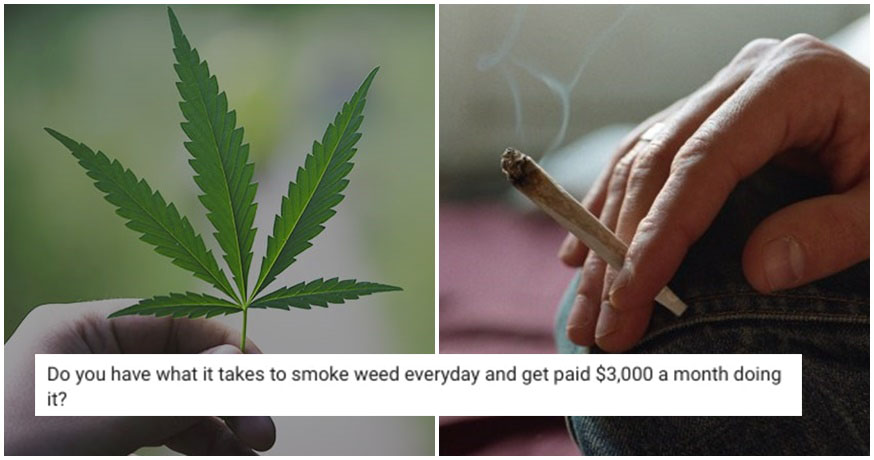 While the growing and consumption of marijuana continues to be a heavily debated topic in Malaysia, some countries seem to have already accepted its use in mainstream society. So much so that in a story reported by The Sun, a company is now willing to pay you £28,000 (RM150,000) a year just to smoke marijuana.

Yes, you heard right, a company now wants to pay you over RM150,000 a year just to do nothing else but smoke marijuana. The curious job vacancy was advertised online, where an American marijuana review site was scouting for a new reviewer to test out and write about “various weed strains, edibles to CBD oils”.

The company, AmericanMarijuana.org, says that they are looking for someone who can smoke marijuana, but also has an extensive enough knowledge on the various products to write on them. Apparently, the company even claims to have approached A-list celebrity stoners like Snoop Dogg for the position. 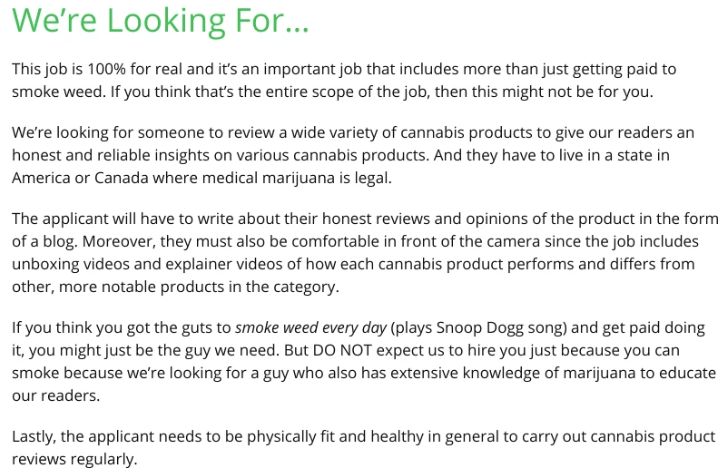 According to Dwight Blake, a licensed medical health counselor who is organising the search, the lucky reviewer will get to try just about “Everything that’s hot in the market” and be paid up to  $3,000 (RM12,463.50) monthly to smoke them up.

But there’s a criterea, of course. They’re primarily looking for someone who is already considered ‘an influencer’ in the marijuana scene, and the applicants must be over the age of 18 and living in a state in America or Canada where the use of marijuana is legal. Abuden.

To apply, you need to submit a head shot of yourself or a 60-second long video explaining why you’re passionate about marijuana. Then, you need to also list down six nicknames for marijuana, so they can tell that you know what you’re talking about.

Well, that might just be one of the most bizarre job vacancies we’ve ever seen! 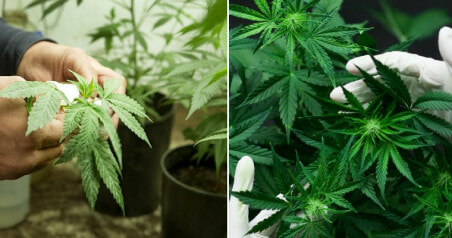