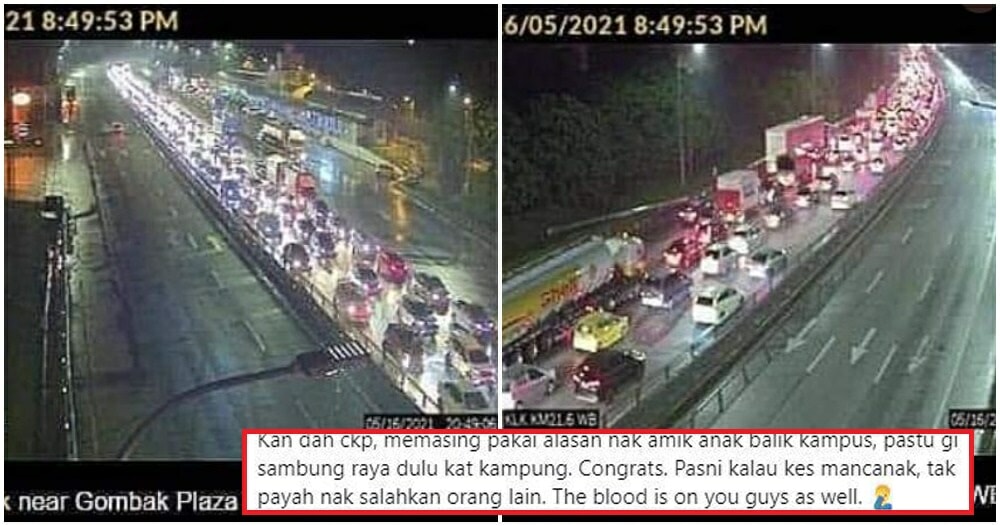 Maybe it’s time we self-reflect instead of just pinning the blame on the government?

When it was announced that Malaysians were not allowed to travel interstate or inter-district for Hari Raya, they were undoubtedly disappointed as this would mean the second Raya Malaysians are separated from their families. But despite the strict roadblocks and compounds, have some Malaysians still managed to balik kampung and celebrate Raya?

Viral images from yesterday (16 May) showed a massive traffic jam along the Karak highway heading towards KL. Netizens presumed that these were Malaysians returning from the East Coast after celebrating Raya with their family members. 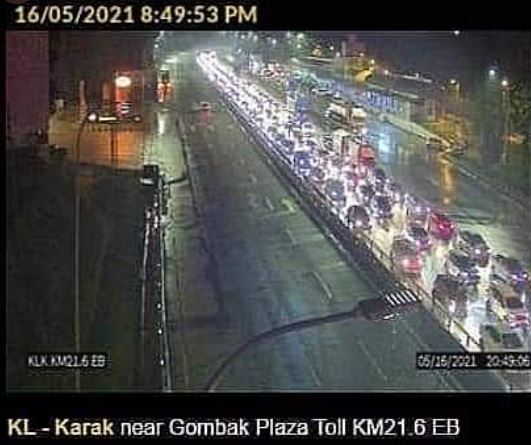 However, Gombak District Police Chief, Assistant Commissioner Arifai Tarawe said that his party conducted thorough inspections at the roadblock to make sure that no one escaped from illegally crossing state borders. He added that from their inspection, they found out that most individuals examined had interstate permission letters with the majority involving students who were returning from universities and other educational centres.

Only 22 individuals were compounded for not having proper permits and they were fined RM5,000 each reported Harian Metro.

“We found congestion on this route only for three kilometres and it is not serious when compared to festivities like the previous years before the MCO.”

The police chief also said that in previous years, traffic would be congested for up to 30 kilometres despite not having any roadblocks. The statement was made to deny the status uploaded by some that fueled the idea of the traffic being caused by those people allegedly coming back to KL after spending their Raya in the East Coast. 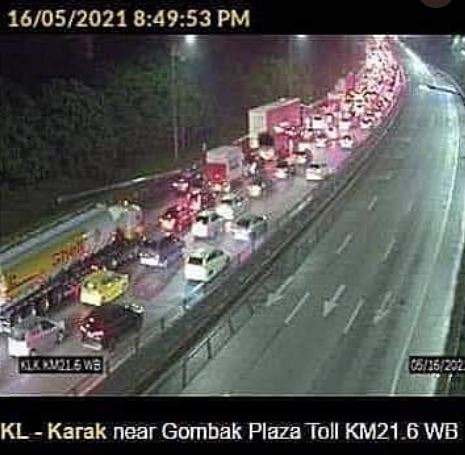 Despite the police chief’s statement, Malaysians are still angry at those who chose to balik kampung for Raya despite the fluctuating number of cases. They felt that there’s no point in calling out the government if we ourselves can’t follow simple rules.

“I’m so tired. The rakyat and the politicians are behaving the same way. I can’t defend the rakyat anymore. We’re just going to be under MCO till death!”

“These people balik kampung under the guise of fetching their children back from campuses. Congrats. If the cases shot up after this, there’s no need to blame anyone else. The blood is on you guys as well.”

Do you think all those people had a valid reason to go back? Let us know in the comments section!