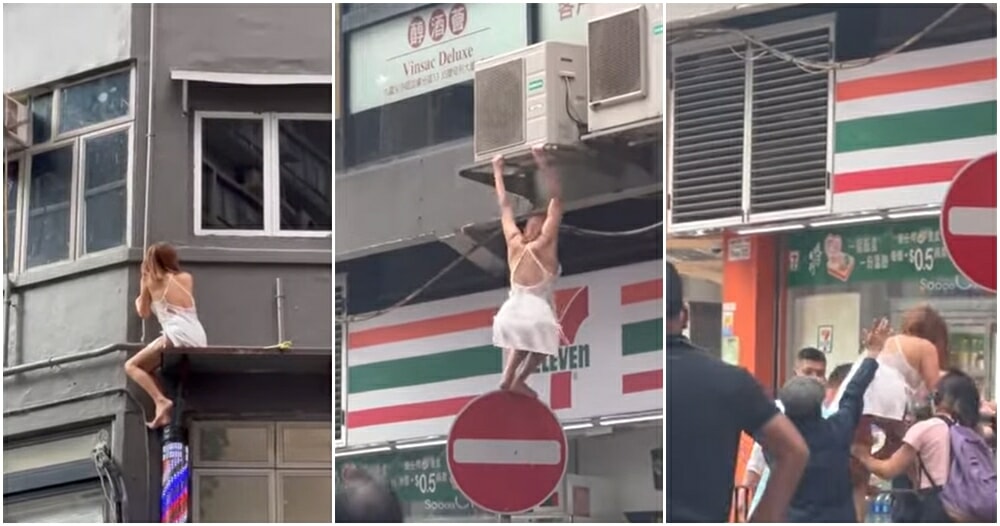 Disclaimer: The actions that you’re about to see should not be replicated unless you are a trained professional.

On the evening of 22 September, videos of a person in a night dress climbing on ledges were circulating heavily on social media platforms.

Many people questioned where it took place and according to China Press, it happened in Hong Kong, specifically in the Tsim Sha Tsui, Kowloon area. 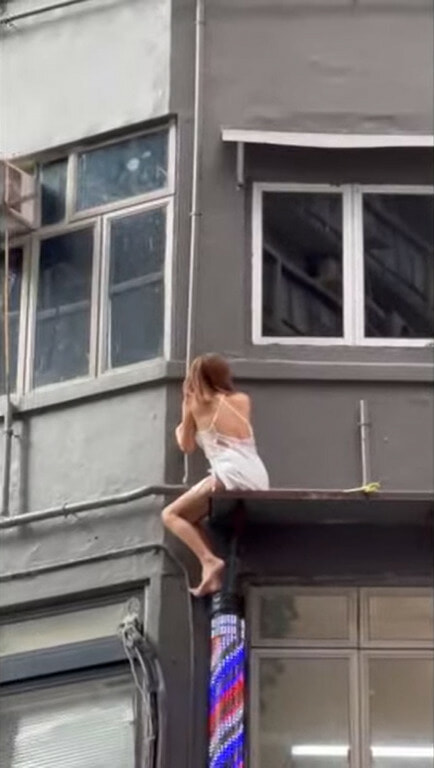 The person sporting a blonde bob and wearing a pink night dress was seen sitting on a ledge next to a window. In the series of videos, they were looking around to make sure that they were not followed.

When they reached the end of the ledge, they jumped down to the outdoor air conditioning units. Taking advantage of the metal pipes there, the person managed to put their feet on the STOP sign. 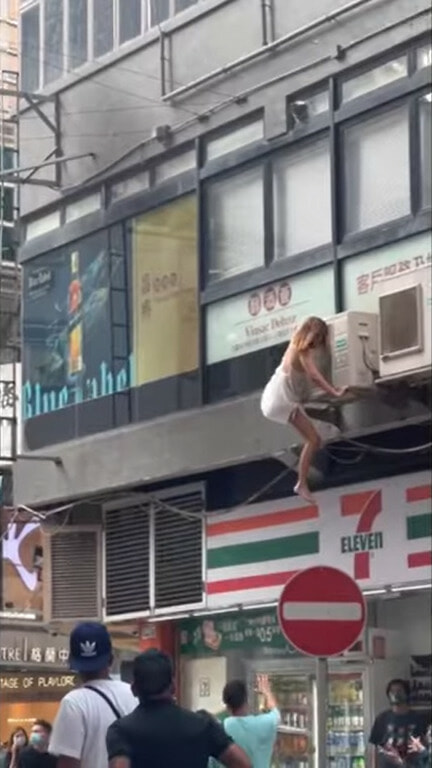 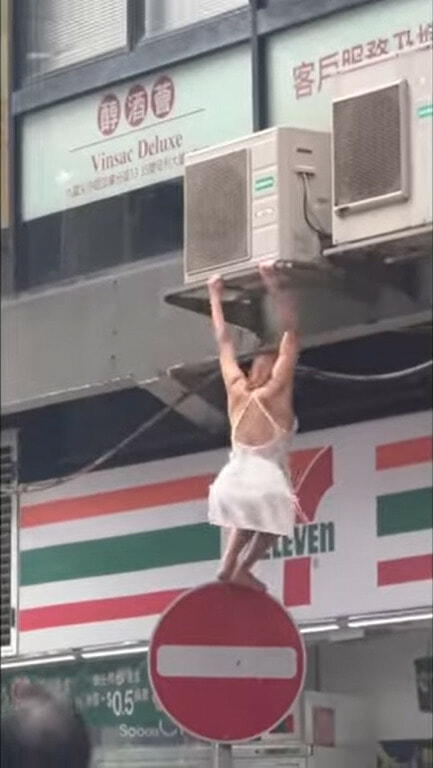 Onlookers piled onto the streets to look at the person and many Samaritans then helped the person get down onto the ground. After a while, the person was arrested by the police. 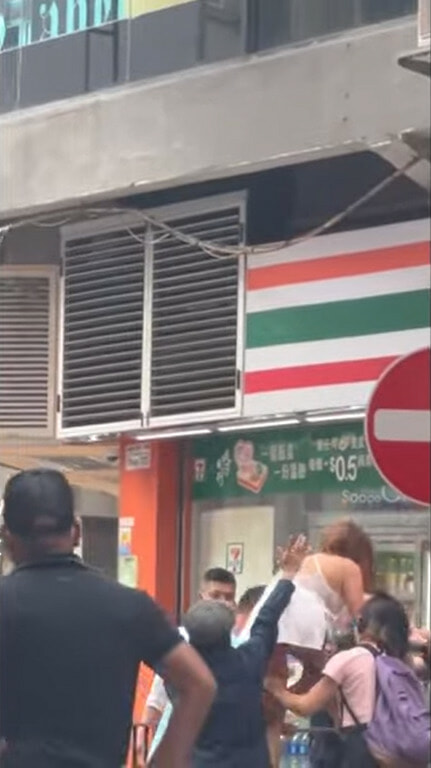 It turns out that at that time, the Hong Kong police were conducting a raid on prostitution and this individual snuck out through the windows.

ETToday reported that the police managed to arrest 7 men and 18 women in that raid. The person in the videos was later identified as a 30-year-old Thai male.

After the whole tryst, this person was sent to a hospital and is said to only have suffered superficial injuries.

Also read: WATCH: M’sians Escape From an Alleged Robbery Attempt After a Car Blocked Them at a Traffic Light 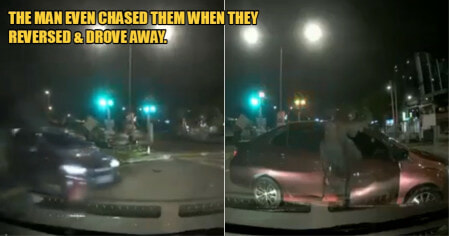