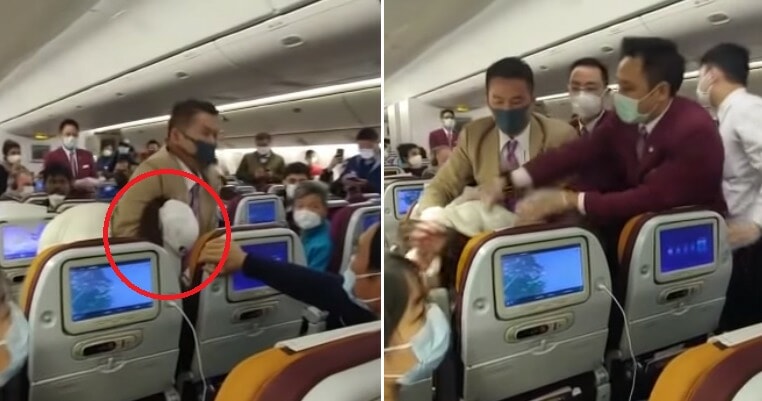 Covid-19 still going strong these days and countries are tightening their entry and exit procedures especially in airports and other transit points. Hence, if you are travelling during this time then do be patient as the cabin and ground staff are trying their best to process the passengers. After all, you don’t want to get infected right? 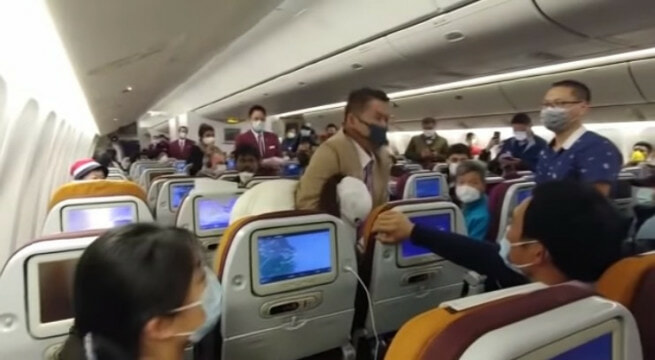 Yet, some people just don’t understand this. A recent dramatic video has been circulating online, showing crew members on a Thai Airways plane putting a woman in a headlock because she purposely coughed on a flight attendant, NY Post reports.

The flight from Bangkok to Shanghai was delayed for 10 hours after landing at the Shanghai Pudong Airport on Friday (March 6th). The passengers were not allowed to disembark and had to wait as tightened coronavirus screening procedures were causing a backlog at the airport. 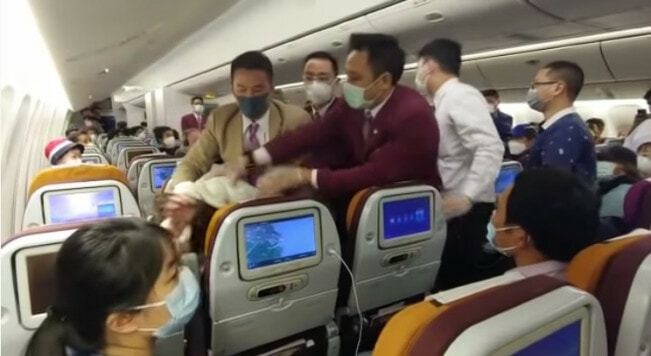 She demanded to be let out after the passengers had spent several hours inside the plane but the cabin crew told her that they would still have to wait. That’s when she started making a fuss, by flailing her arms and then deliberately coughing on a crew member so that they would open the door.

This prompted the other flight attendants to tackle her and a scuffle ensued, as she struggled while they subdued her. One male crew member put her in a headlock and yelled to the others, “Come here! Help me put her down!” They wanted to put handcuffs on her at first but did not do so after six crew members managed to subdue her without restraining her hands. 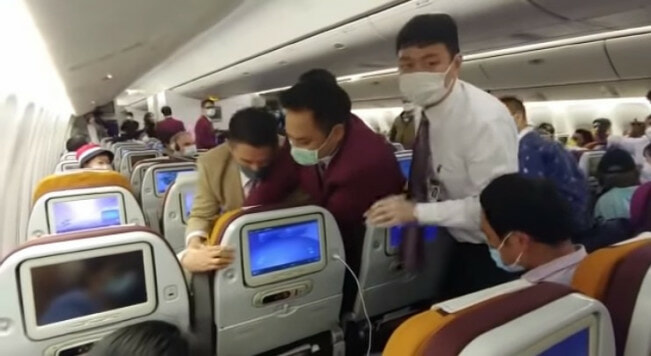 Prathana Pattanasiri, head of Thailand’s Aviation Safety Department, confirmed the incident. They said that the airport had measures to screen passengers with a history of travelling from risky countries such as Italy, South Korea, Japan and Iran.

“We could not open the doors of the plane until instructed to and health officials came to proceed with checks. Therefore, Thai Airways had to wait for seven hours before officials arrived at the inspection queue. The Chinese passenger was upset about being held for a long time and coughed at one of our staff. After she calmed down, we explained the situation to her and she agreed to sit and wait for screening,” Pattanasiri said.

Throwing a fit like this is not helping anyone and will only delay proceedings!

Also read: “If I Can’t Live, Then You Can’t Too!” Patient with Fever Tears Off Medical Staff’s Mask & Spits At Her 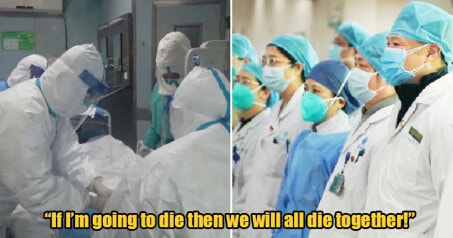