We hear tales of sexual harassment and rape on the daily, and even when it seems like reading or hearing about something like this becomes normalised, we should never let ourselves forget that it is a truly horrible thing because these people were violated and some of them may not live a normal life again.

A 19-year-old girl was sexually harassed by her lecturer in an institution of higher learning in Terengganu. The incident took place on 23rd June according to Malaysiakini.

It was reported that the lecturer wanted to meet the student at 9am. When she arrived, he locked the door and tried to chat with her. He then offered her RM500 a month to be his sugar baby, which entails sexual services or “other activities” like squeezing the victim’s breasts.

The victim said that she tried to make lots of excuses to exit his room but was only allowed to leave after promising that she will go to his room again the next day.

“He allowed me to leave his room and asked me to take a photo with him. Suddenly, he held my shoulders and pulled me towards him, trying to kiss my lips. I pushed him away and left immediately.”

The next day (24th June), he once again summoned her to his room and made the same offer. That afternoon, said student went and lodged a police report because she was worried that there would be other victims. She hopes that justice will be served as she is traumatised by that incident.

The lecturer was arrested on 24th June but was released on bail on the same day. Investigations are ongoing.

It is sad to see that lecturers, who are people we are supposed to look up to will use their position to take advantage of students. We do hope that action will be taken by authorities soon and the student will be able to peacefully complete her studies. 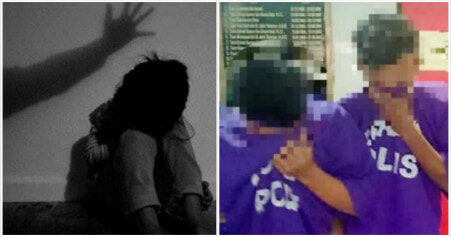