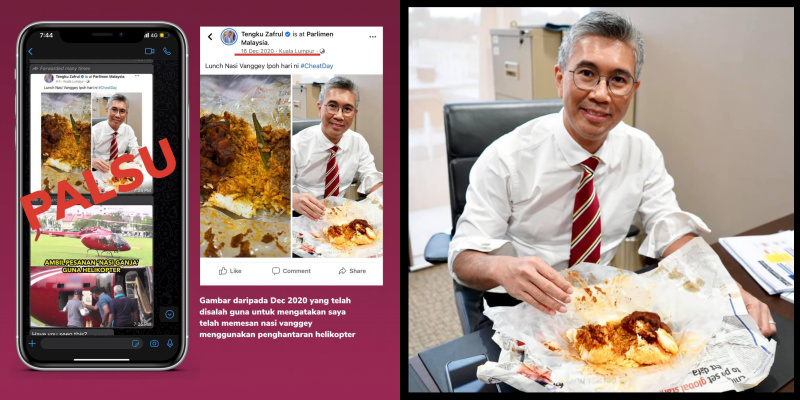 On Friday, a private helicopter was caught landing illegally at Padang Ipoh in Perak’s capital city and subsequently taking off carrying 36 orders of Nasi Ganja all the way to Kuala Lumpur, took over social media.

Following the incident, many become intrigued as to the person behind this Nasi Ganja ‘chopper delivery’ stunt was. However, some Malaysians were getting a bit ‘creative’ in trying to connect the dots as to whom made the order, up to a point that the alleged person making the irresponsible order was pointed at none other than Finance Minister Tengku Zafrul Abdul Aziz. 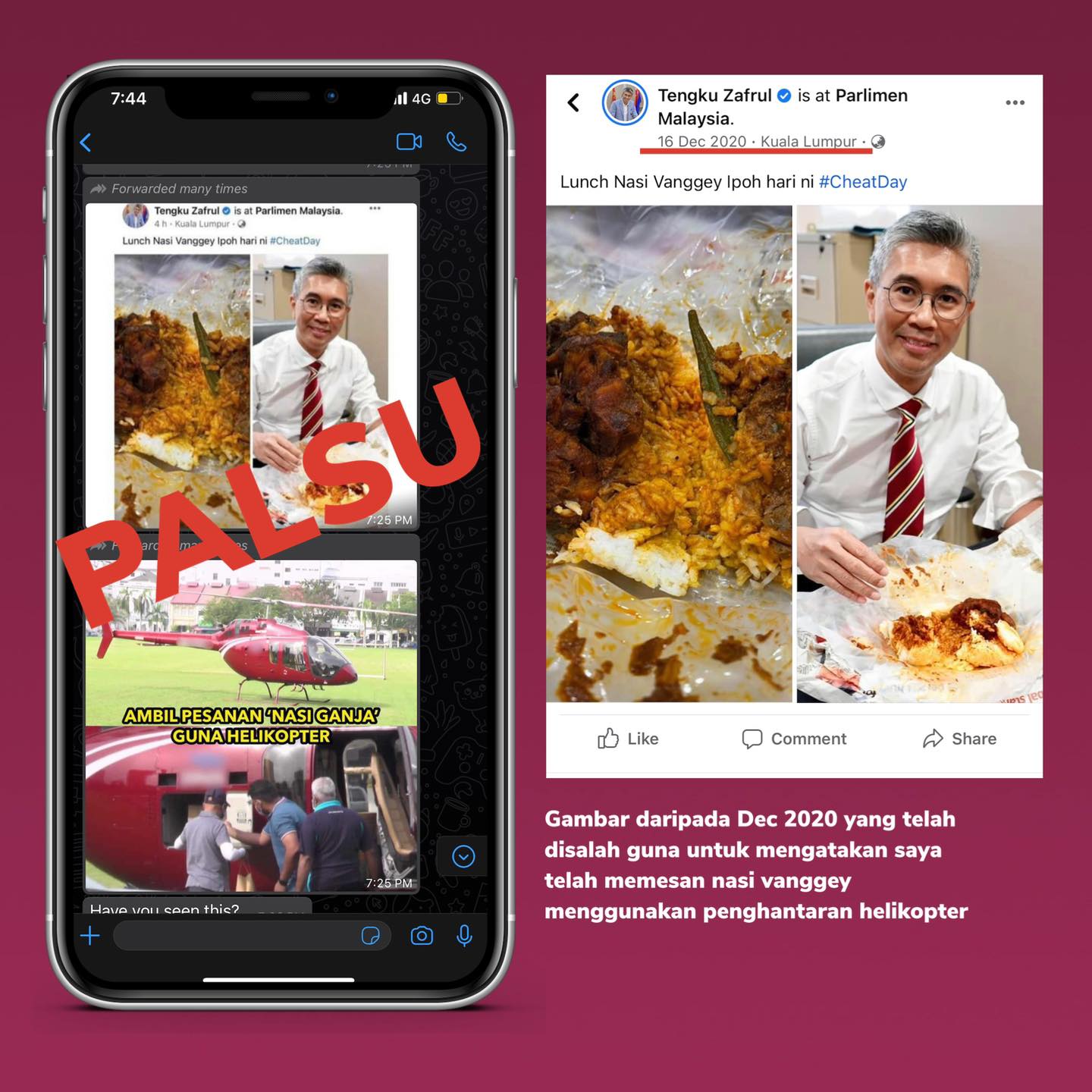 This allegation, was later denied by Tengku Zafrul himself, who took to Facebook and clarified the matter stating that it was old news.

“This is hilarious. I received a WhatsApp message accusing me of ordering some Nasi Ganja from Ipoh using a helicopter.”

“They used an old picture of me eating Nasi Vanggey in December 2020, but conveniently cropped the date of the post.” 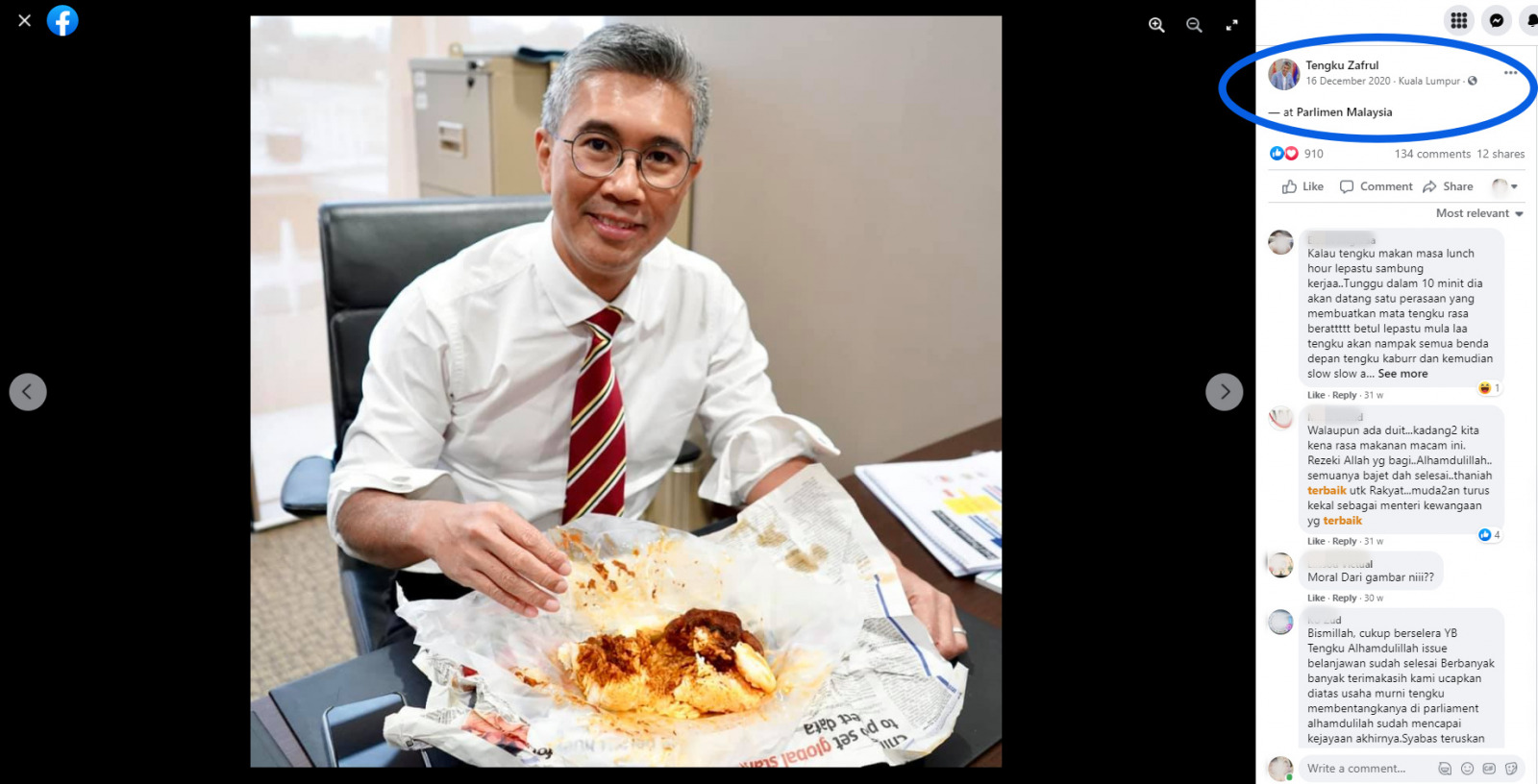 “It’s been a while since I last ate Nasi Vanggey, but ordering a helicopter just to do so, makes little sense.”

“It would have been better if I just ordered from a number of Nasi Kandar runners that is available. I can help small business owners too.”

Come on guys, we are better than this, aren’t we? 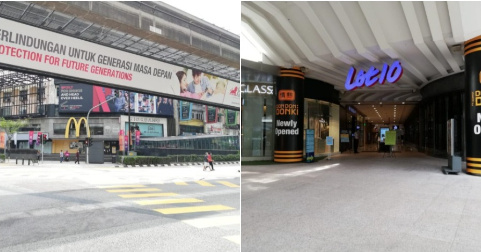