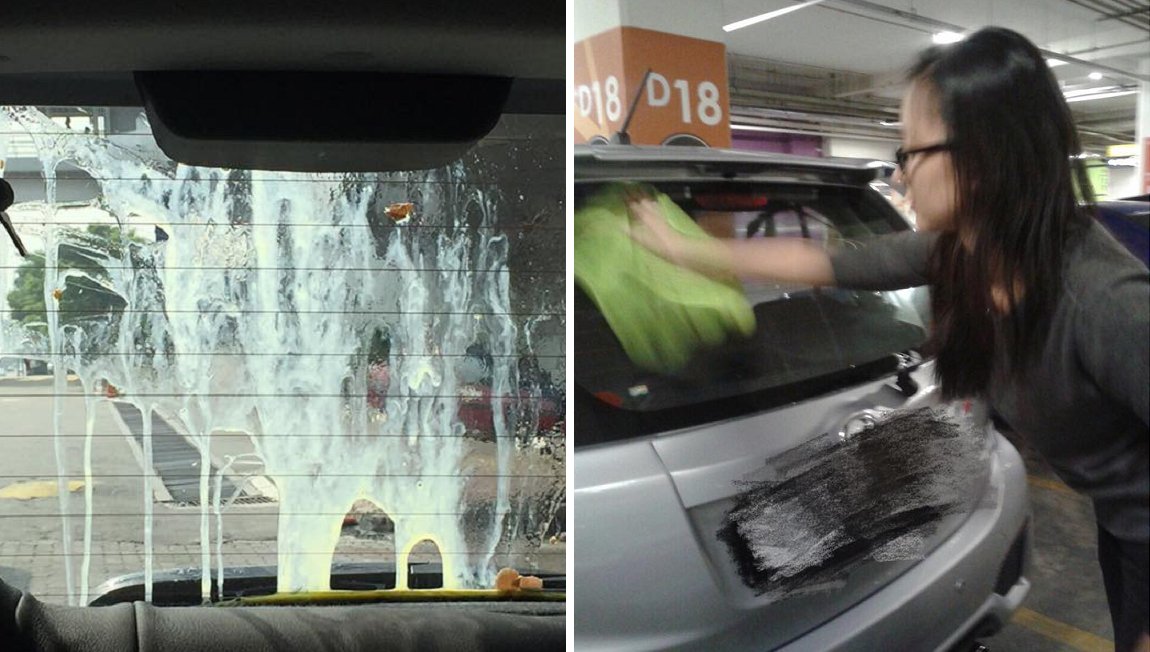 The brawl between Malaysian taxi drivers against Uber and Grab drivers keeps brewing as yet again another taxi driver has lashed out at another Uber driver by egging her car.. only to find out she wasn’t actually a Uber driver but just a woman who picked up her friend for a secondary school reunion.

… Ouch. An act of cowardice and violence with a touch of awkwardness anyone?

Facebook user ‘Sau Mun’ voiced her disheartening experience at being caught in the middle of a tussle as an innocent third party on the social media platform.

Mun recalled how she was picking up an old friend from the Kelana Jaya LRT station on one fine morning for a meet up with high school friends at Paradigm Mall.

“So… I was happily picking my friend from the Kelana Jaya train station on a regular morning as we head to Paradigm Mall to meet our secondary school friends.” 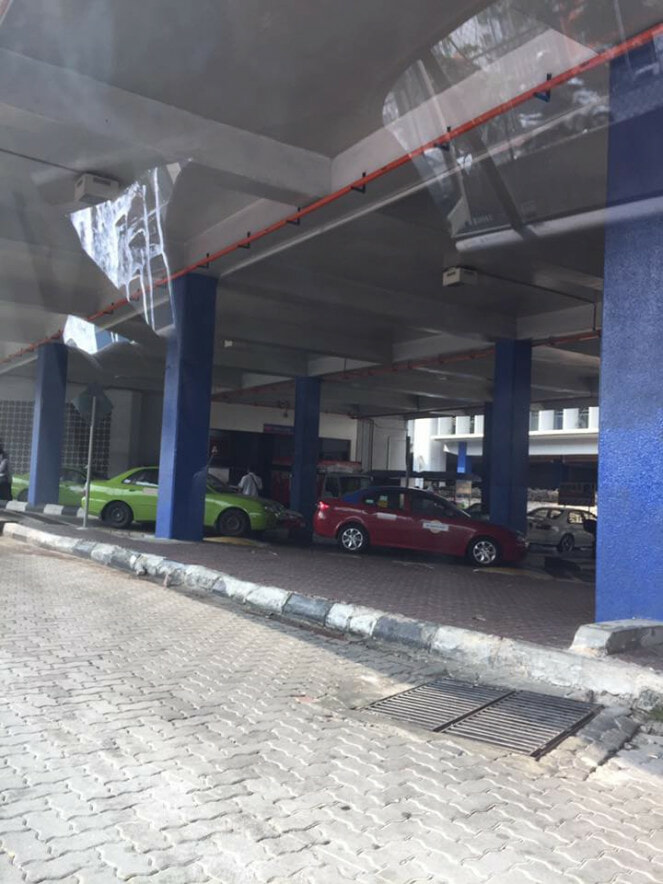 However, as soon as her friend entered her car, uniformed men appeared out of nowhere behind her car and started to throw eggs at them!

“As soon as she came up my car, a guy whose built was pretty tough and dressed in a white uniform with black slacks came shouting at me and my friend for no apparent reason.”

“I heard a thump from behind my car. Immediately, another guy in similar uniform threw EGGS at my car.”

It was there and then that she understood she was being mistakenly taken for an Uber driver. Wisely, she chose not to go down and confront the men as her and her friend’s safety was her priority. Instead, she “made a U -turn and returned to the scene to record and hopefully gather evidence of their number plates.”

Sadly, when she arrived, the shameful taxi drivers had disappeared.

She added saying, “The damage looks simple but trust me, it wasn’t easy getting the odor and stain out.” 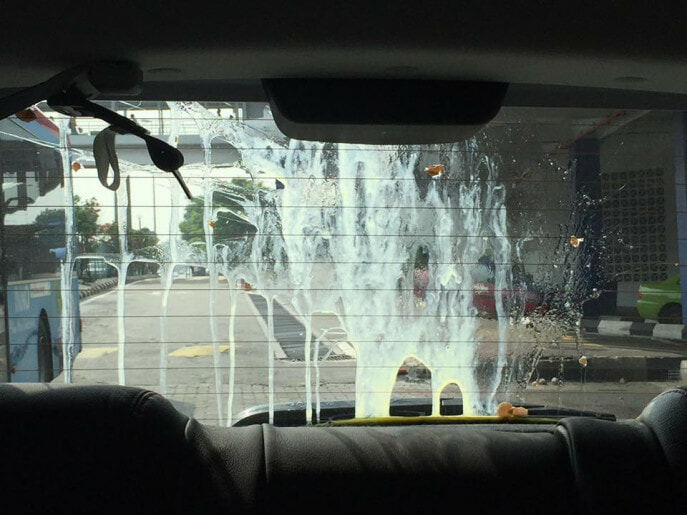 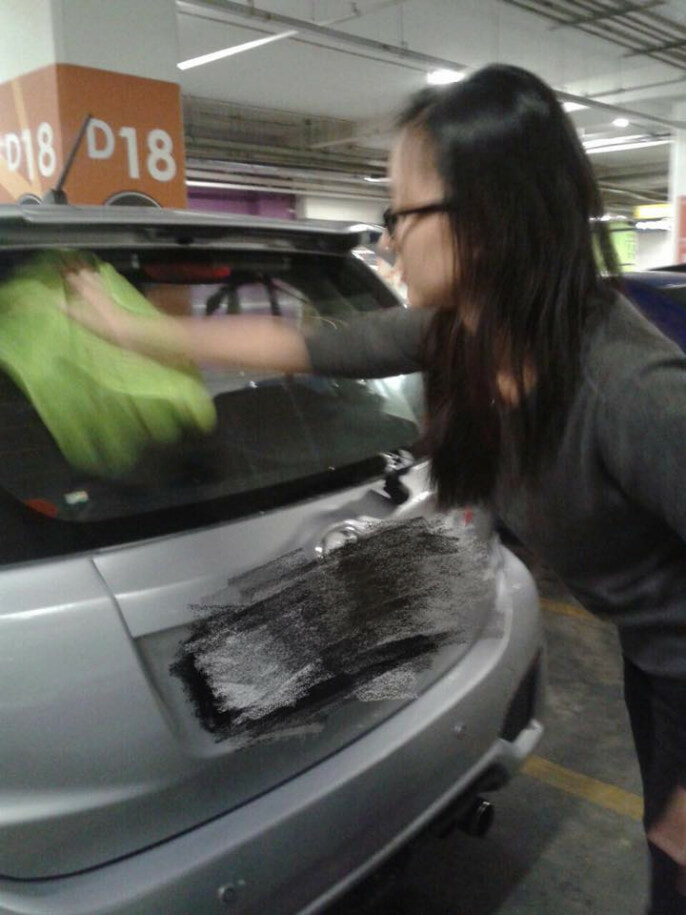 Understandably, she took out at the taxi drivers who had “stooped so low to finding ways to vent their anger.”

Mun, as any other person would, never expected to get caught in the crossfire of the TAXI/UBER drama.

“But now that it happened to me, an innocent civilian that has no affiliation with either party, I have no choice but to voice out my discontent and create awareness or this drama would continuously happen and victimize the lives of innocent people.”

“You have failed to identify me as one and yet you proceeded with your shameful act. Shame on you.”

She chides the taxi driver’s visceral solution of egg-ing other vehicles as a form of petty revenge: “How would the public even feel safe in taxis anymore? I feel so sorry and embarrassed that this is the society I live in.”