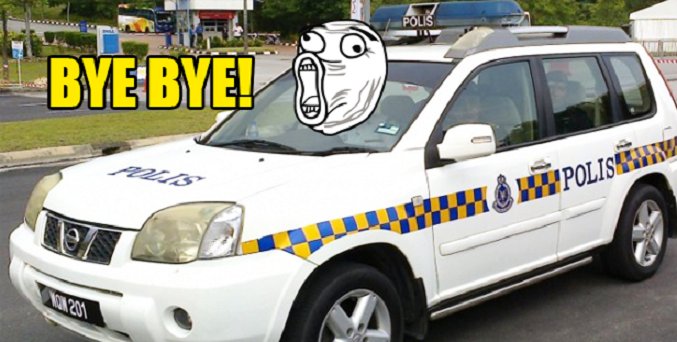 The most badass thing anyone can do in GTA is to hijack and drive away a police car. And this man managed to pull it off on our Royal Malaysia Police.

Just yesterday, 2 culprits consist of a 39-year-old male and a 17-year-old female broke into a warehouse in Taman Perindustrian Batu Cave. The duo who are relatives triggered the alarm and the warehouse supervisor swiftly lodged a police report, according to Sinchew.

A police multi-purpose vehicle (MPV) arrived at the scene shortly at 5.36am. The unlucky man was the first one to be caught by the police while the female suspect was on the run.

The male suspect was put into the police car and being watched by a policeman. To trick the policeman into leaving him alone, the suspect lied and say that there were several more suspects on the run.

So the policeman quickly got down the car to inform his partner. Seizing this opportunity, the suspect somehow managed to drive off the police MPV and fled the scene.

Gombak district police chief ACP Ali Ahmad has confirmed the incident. He revealed that the police MPV was recovered after the suspect abandoned the vehicle along the Latar Expressway. Of course the suspect was no where to be found.

The police has also nabbed the 17-year-old female suspect nearby the warehouse and is hot on the trail of the male suspect.

I’m sure you guys are dying to know how the hell did the suspect managed to drive off the MPV.

When asked about whether the suspect was handcuffed in the car, the police only said that investigation is still on going and they’re studying the standard operating procedures (SOPs) to figure out how the suspect pulled off the stunt.

Let’s hope the police will take extra precaution if they managed to catch the suspect, because it seemed that he got off a little too easily! 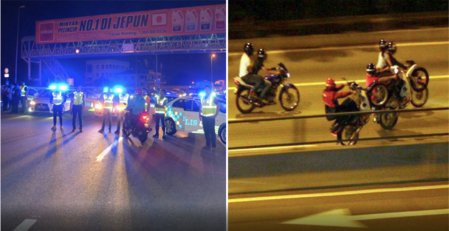