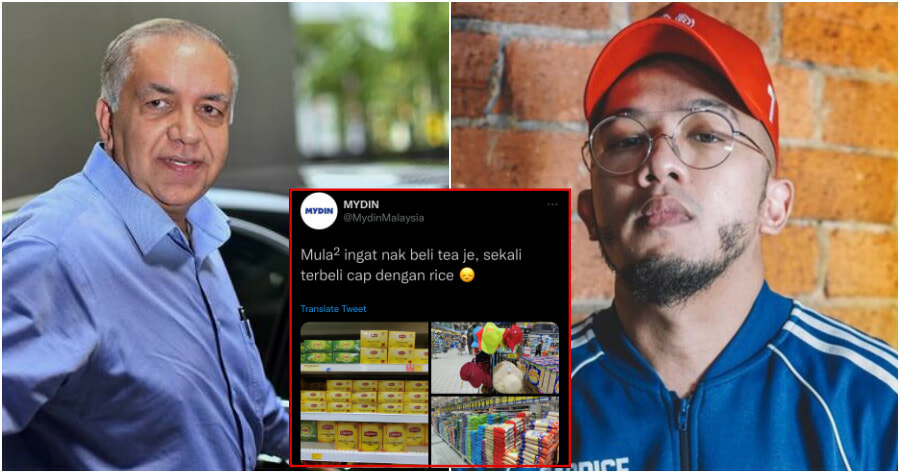 Last night, the Internet exploded after local rapper and entrepreneur Caprice threatened to sue Mydin Malaysia after the latter had made a light joke on Twitter which did not directly name him but made him feel ‘humiliated’.

Following several back and forth between Caprice and the social media admin of Mydin Malaysia, the rapper has demanded that the supermarket publicly apologise to him and if not, he plans to sue them for RM30 million for humiliating him.

However, it seems that Mydin Malaysia is not going down without a fight. According to Kosmo, Mydin Mohamed Holdings Bhd managing director Datuk Ameer Ali Mydin has recently told Caprice to actually sue the company if he’s being serious about it. 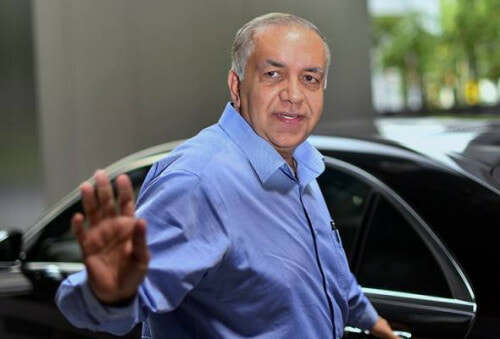 “We (Mydin) did not even mention Caprice’s name or Caprice’s ‘tag’ in our message, so why is he so offended,” he responded.

He said that they did not make any mistakes in any of the comments and posts uploaded on the Mydin social media platform and there was no element of sarcasm or insulting of certain individuals.

“Whoever eats the chili, he will taste the spice. If it’s true that Caprice wants to sue, send a summons letter to our side, let my lawyer check it later.”

“Let Malaysians shop for rice, oil and 3 other ingredients of your choice for free next week. Choose which location you want to shop at. Subang Jaya, Bukit Jelutong or Batu Caves,” he wrote. 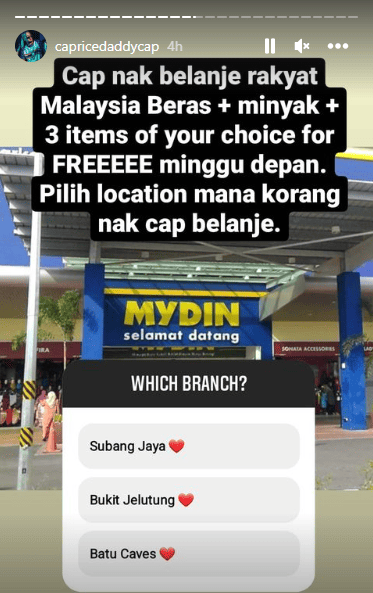 To which Ameer Ali responded by saying that if it is true that Caprice wants to do charity work in his supermarket, he would very much welcome their presence in addition to offering 1kg packets of sugar to those involved.

“It’s good if Caprice wants to do charity work, help people, don’t forget to contact Mydin and go to your desired branch. I also want to help, for those involved, Mydin will give you 1kg of sugar,” he said.

Meanwhile, Caprice has responded to Ameer Ali’s response to him and said, “I never thought someone we looked up to and respect would stoop low to allow his social media team to make fun of me.” 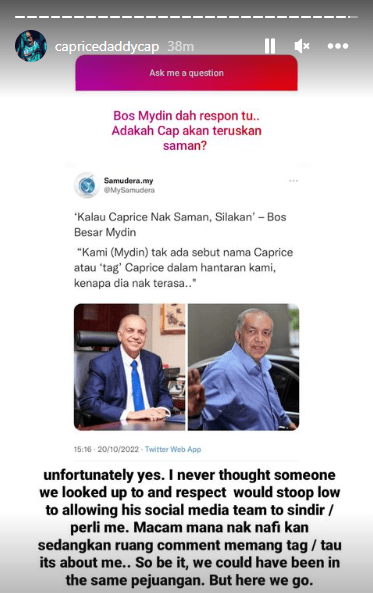 “How can you deny it when the comments section tag me and know it’s about me. So be it, we could have been in the same team. But here we go,” he added.

Whose in the right? Is Caprice right to feel humiliated by the tweet or is it an overreaction?

Also read: M’sian Rapper Threatens to Sue Mydin for RM30 Million for Allegedly Humiliating Him in a Tweet 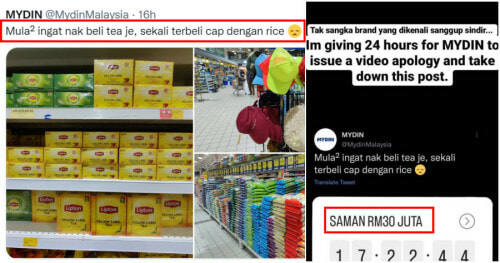