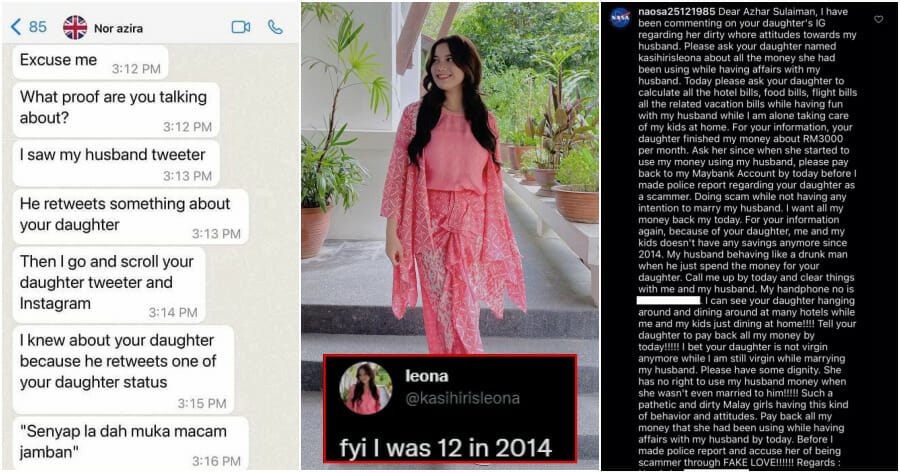 When you’re someone well known to the masses, it is sometimes hard to keep track of all the rumours and allegations spread about you by people who might not like you that much.

Recently, the daughter of Malaysian actor Azhar Sulaiman, Kasih Iris Leona found herself in the spotlight again after a random woman had accused her of sleeping with her husband and using up RM3,000 of his money per month since 2014. 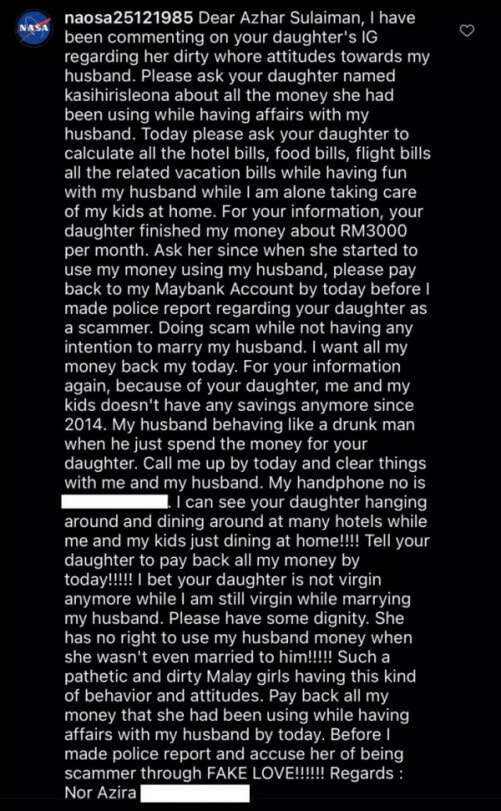 In the post by the woman, she accuses Leona:

“For your information, because of your daughter, me and my kids do not have any savings anymore since 2014. My husband (behaves) like a drunkard when he just spends his money on your daughter.”

She demanded Azhar to ask Leona to calculate all of the expenses she has paid by using her husband’s money and if she were to not pay her back, she threatened to lodge a police report and accuse Leona of being a ‘fake love’ scammer.

Furthermore, she even included her phone number and name in the message and told Azhar to contact her to clear things up.

Leona & her father’s reaction to the message

Leona shared a screenshot of the woman’s accusation on Twitter and made light of it. She denied all of the accusations and said that it’s impossible as she was only 12 years old in 2014.

Azhar went on to message the number given by the woman to ask her for proof of her allegations. 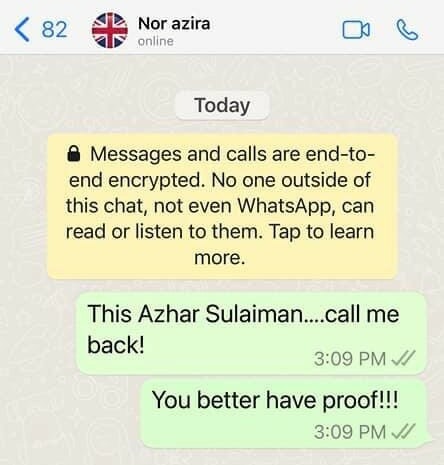 She then responded to his message saying that the proof of all of her allegations is simply the fact that when she checked her husband’s Twitter profile, she noticed that he retweeted one of Leona’s tweets.

Meanwhile, Azhar has taken to his Instagram to send Nor Azira a message. In his post, he writes, “I wish not to prolong this matter with you regarding Leona. I wish you the very best in life and to always be protected by Allah.”

“Just a friendly advice for you. Find a friend that’s mature about social media. With me, you’re safe because I am thinking about your mental health. If it’s someone else, I’m sure they’d have summoned you. Take care.”

What do you think of the woman’s accusations? Could it be a new scam tactic? 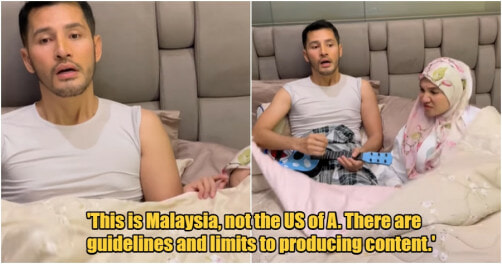