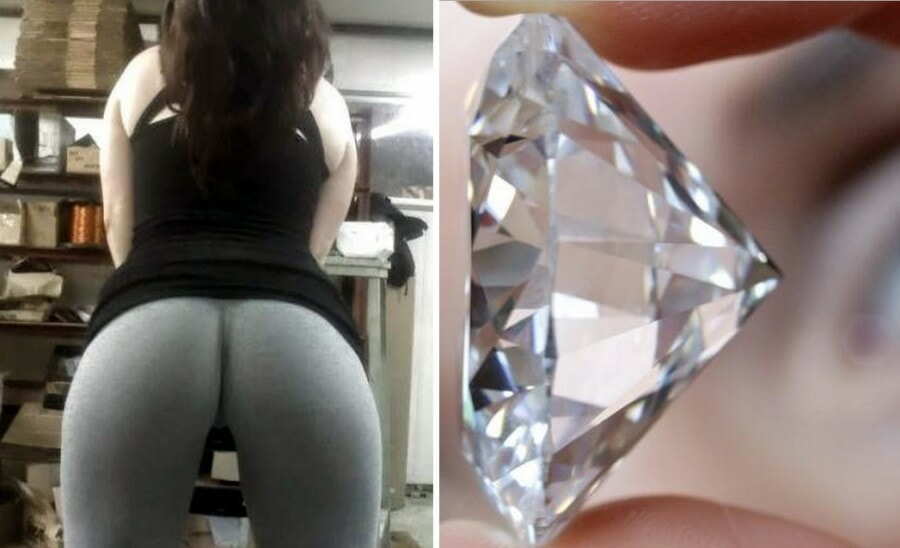 Officers discovered that one of them had hidden a $270,000 diamond in her large intestines, ultimately forcing doctors to remove the gemstone with pliers.

The Chinese woman and her male accomplice, both of whom remain unidentified, were set to depart from the Bangkok’s Suvarnabhumi Airport when authorities stopped them because they were suspects in a diamond theft case, according to the Herald Sun. The two thieves were caught on surveillance video at a jewelry fair two days before having switched out a six-carat diamond worth 10 million Baht ($277,420) with a fake stone after having asked to inspect it.

When they were arrested, both initially denied involvement and the diamond couldn’t be accounted for. Both were ushered to do an X-ray which revealed a diamond-shaped object inside the woman’s intestines.

The woman soon confessed, and authorities attempted to reclaim the diamond through the use of laxatives but failed. After authorities told the woman that having the diamond in her intestines posed an immediate health risk, she agreed to an alternative operation. Armed with a colonoscope and a set of medical pliers, a doctor was able to successfully pull the diamond out of the woman’s large intestines. The owner of the stone was able to identify it after it was cleaned off.