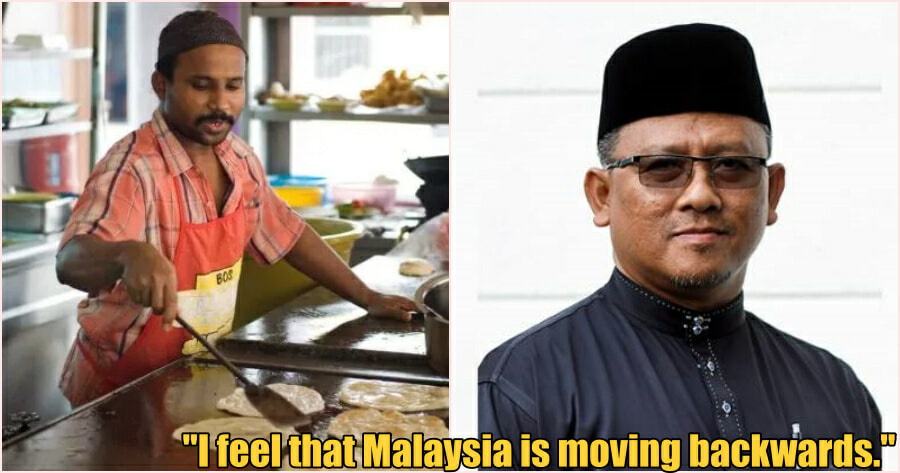 The world of tech has developed and advanced beyond our wildest beliefs. As part of the metaverse, we are now able to own virtual art, and even digital houses!

However, a recent proposal by a Negeri Sembilan state exco that he plans to start a roti canai academy, has sparked debate among social media users.

According to the initial plan, a special syllabus will be drafted to be included in the list of short-term courses to be offered by the Negeri Sembilan Foundation Academy Group (KAYNS) to the youth.

The assemblyman for Paroi hopes that his idea would become a reality in the next two months.

“Based on my observation, a career in the making of roti canai promises a lucrative return. The salary as a roti canai maker is also not bad.”

“If you look, any stall or restaurant that offers a menu based on roti canai, usually gets the attention of customers,” he added.

Some netizens took to Twitter to slam his proposal

“I feel Malaysia is moving backwards,” said a user.

Some even used it to compare how Malaysia is getting less advanced whilst other countries such as Indonesia are doing the opposite. 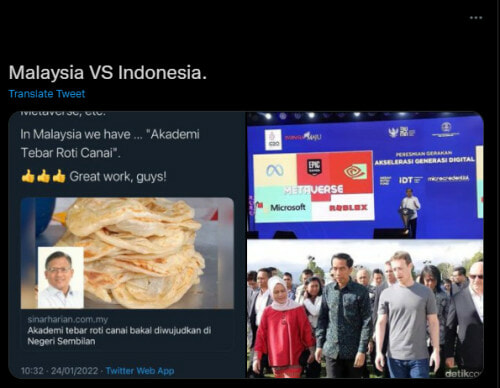 Users pointed out that we shouldn’t compare ourselves with Indonesia

A user commented, “Stop comparing us with Indonesia, they are no better.”

“There are classes and academies for pastry and cake making. Roti canai is life, we deserve good roti canai everywhere we go.”

“To my neighbours. Believe me, the metaverse in Indonesia is just empty,” commented an Indonesian. 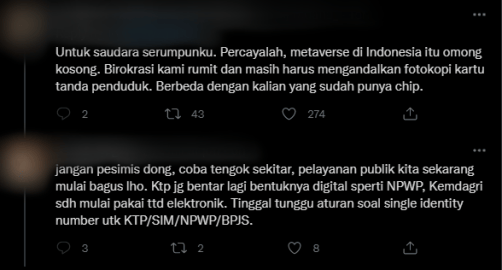 Some argued that a roti canai academy is an excellent idea!

On the other hand, plenty of users went on to defend the proposal for a roti canai academy and claimed that it is an excellent idea to promote Malaysia and to also help people start businesses.

Another user went on to compare cryptocurrency and roti canai. “Roti canai: beautiful, everyone loves it, it makes Malaysia one.”

Which side are you on? Roti canai or the metaverse? Let us know in the comments. 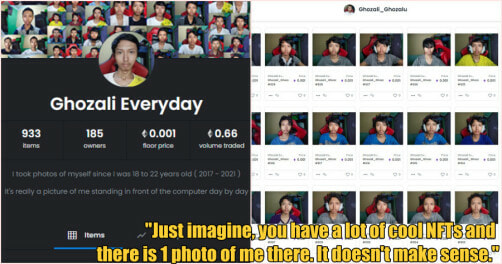