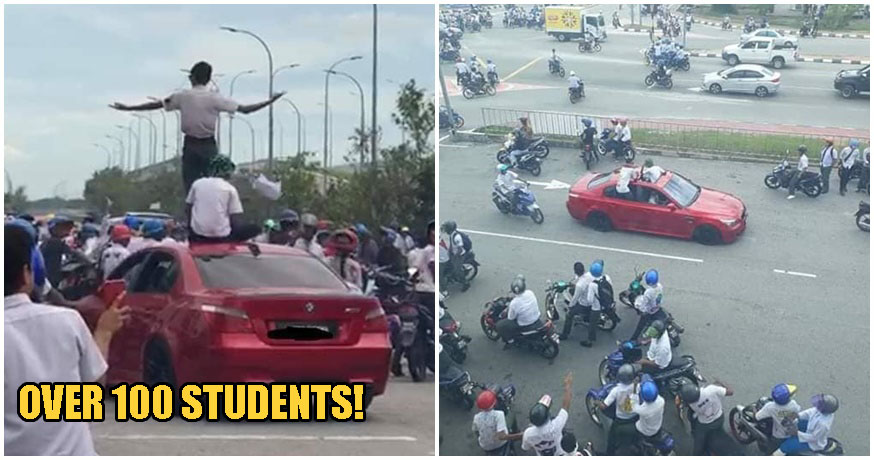 What did you do on your last day of SPM? I remember going to the mamak nearby my high school with a group of friends, and we ordered almost everything off the menu and had a Viking-style feast. By the time we got home, we were 5 kilos overweight. Good times.

But for kids these days, simple pleasures in life don’t seem to be enough to keep them satisfied anymore, as this Facebook post goes to show! 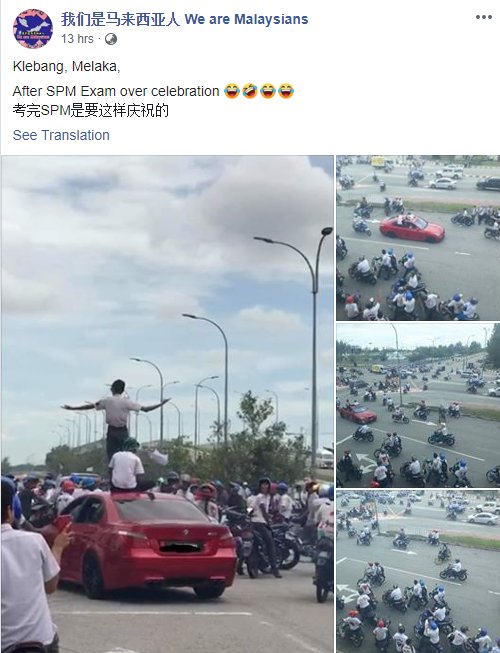 The incident, which supposedly happened in Klebang, Melaka, shows a group of what can be assumed as Form 5 students celebrating after the end of their Sijil Pelajaran Malaysia (Malaysian Education Certificate) papers.

But instead of just going to the mall and having lunch with some friends, they took it to another level of extreme.

Taking a bright red BMW E60 5 Series onto the streets of Klebang, the students climbed on top of the sunroof of the car and stood proudly, while others sat from the side of the windows or on the roof of the car itself. 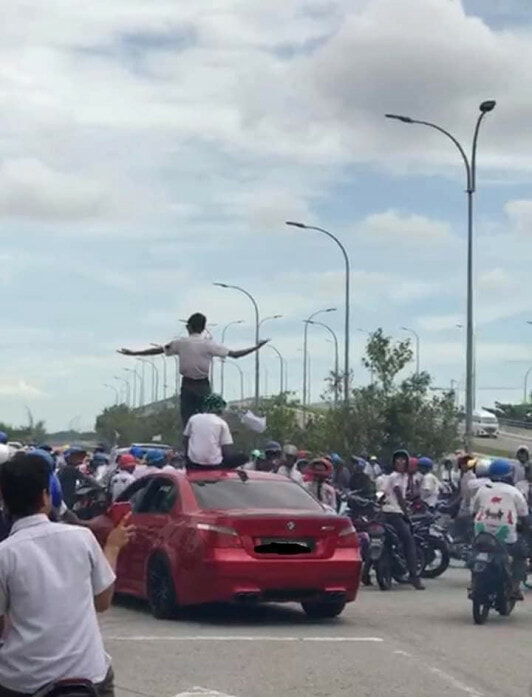 Onlookers, who also appeared to be students themselves on motorbikes, circled the red BMW like a mob and cheered them on from the sides. 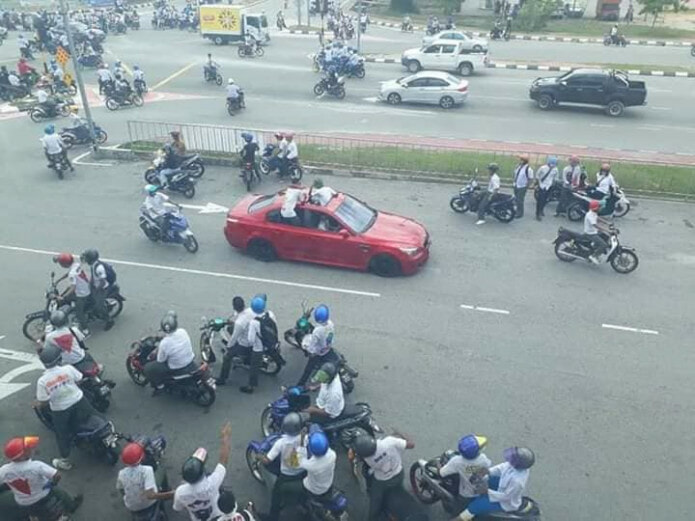 The number of students who were there appeared to swarm the streets, and may even have gone to the extent of obstructing traffic as a result. In fact, it was reported that there were over a hundred students who participated in the gathering! 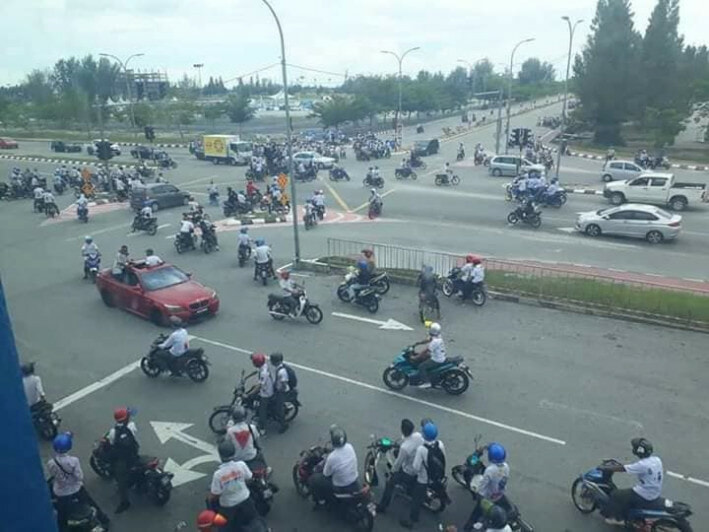 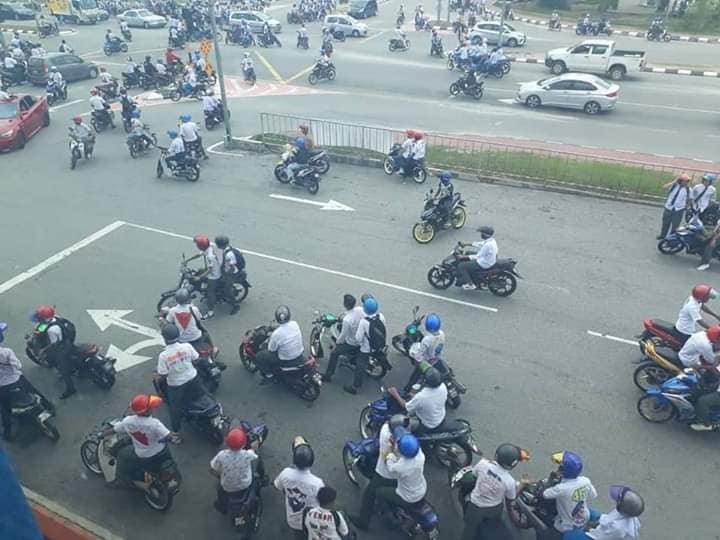 Local police say that they have issued 15 traffic tickets on the spot as a result, but nobody has been arrested at this point in time.

While we think it’s always nice to celebrate every milestone in your life, endangering the lives of other road users certainly isn’t a way to do it!

Also read: The 2019 Add Maths SPM Paper Was So Hard, Even Teachers Had Trouble Answering! 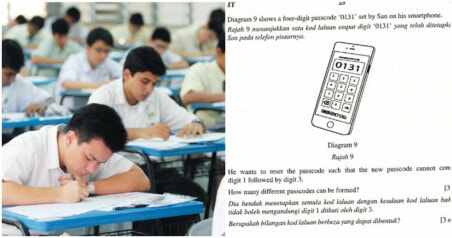