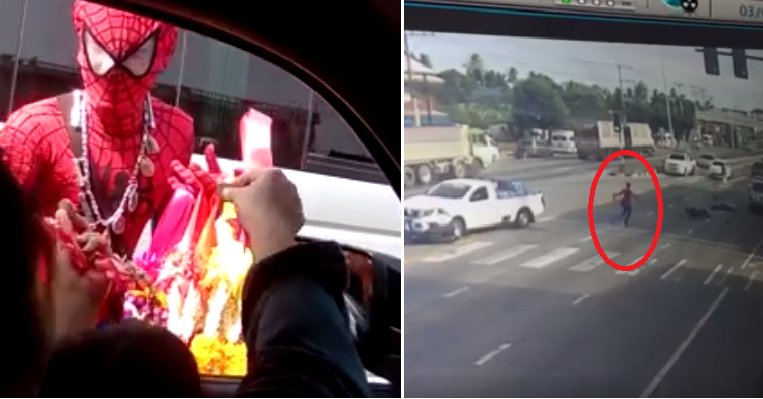 We all perpetually wish that superheroes are real but unfortunately, there are none available in real life so we just got to be our own heroes sometimes! That’s just what this super cool guy did in eastern Phetburi, Thailand when he ran and helped a motorcyclist who got into an accident on the road. 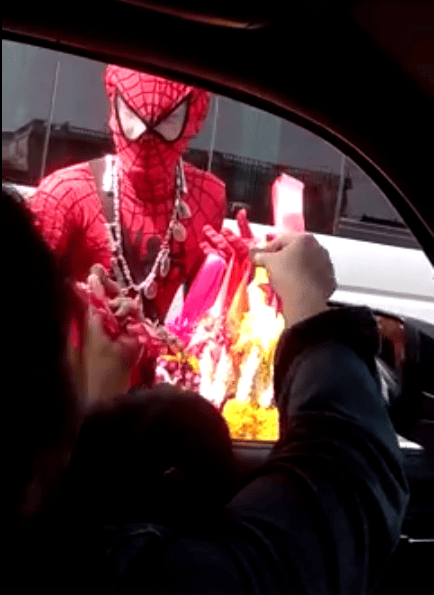 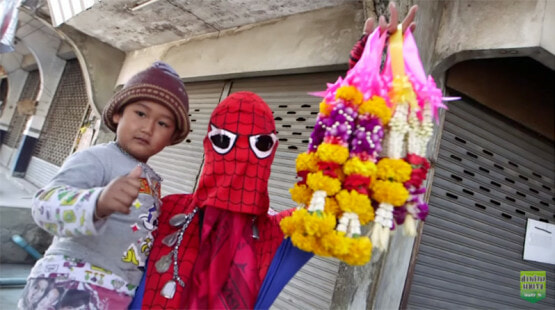 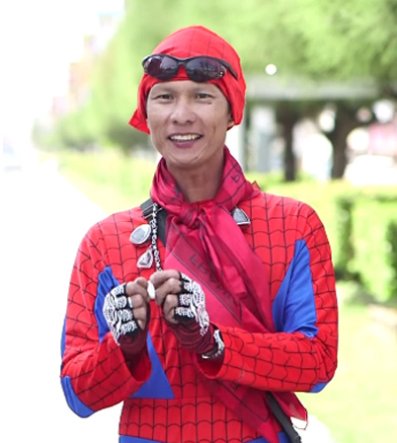 He caught the attention of netizens because he was clad in a Spider-Man outfit and boy, did he look exactly like a superhero coming to the rescue! According to Coconuts, this Spider-Man who saved a civilian is actually Wasan Ketsuwan, a popular flower vendor who became famous thanks to his awesome costume that comes complete with a face mask.

Ketsuwan is affectionately known as “Flower Spider-Man” as he sells flowers by the Tha Yang junction in his cool costume every day. Looks like it could be quite hot! He was caught on CCTV recently when an accident happened near his workplace. 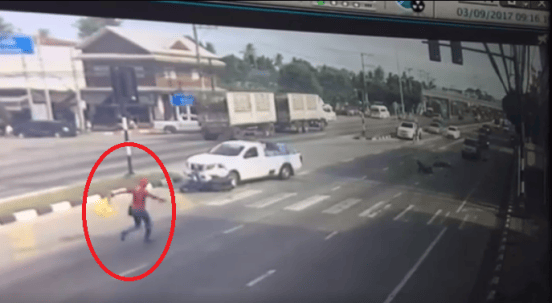 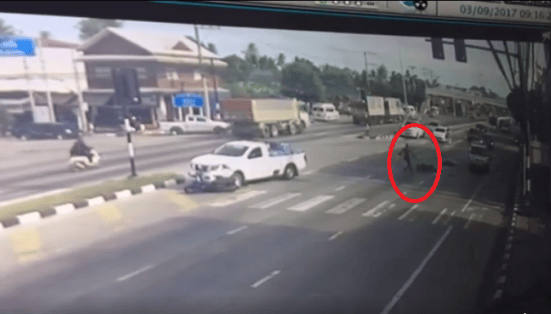 The video, which went viral on Facebook, showed a motorcycle getting rammed by a white truck, which caused the motorcycle to flip and the rider to bounce off the bike. Shocked, the white truck rolls to a stop but before the driver could get down, a superhero is seen coming to the rescue just a few seconds later. With great power, comes great responsibility!

Ketsuwan, dressed in his trademark costume, runs towards the injured motorcyclist while still holding his flowers. Netizens who saw the clip praised him and said, “Thanks to Spidey for saving the day once again!” It was reported that he was previously a folk theatre performer and decided to dress like this to sell his flowers as a marketing gimmick. Guess it worked really well for him! 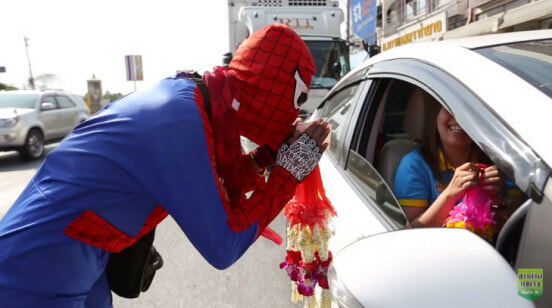 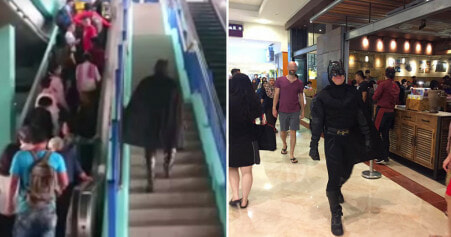