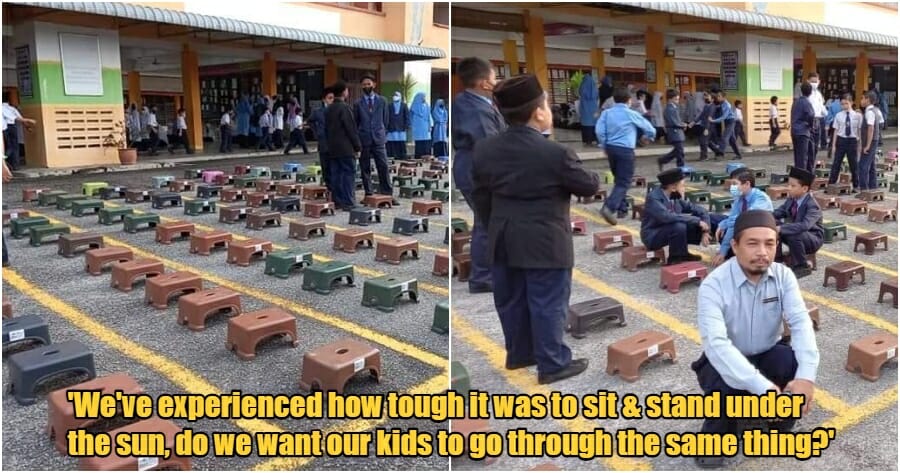 Morning assembly was perhaps one of the things that we don’t miss after bidding farewell to the times we spent in school many years ago.

We were not only required to sit on the floor which sometimes could be scorchingly hot, but also endure the long speech by the headmaster and the teachers.

However, a school in Kedah recently found fame when pictures of them providing chairs for the students in the assembly went viral on social media. 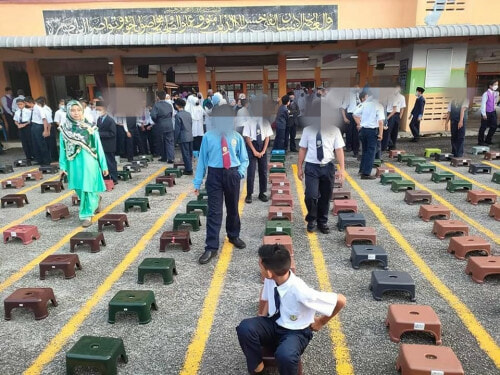 This was what we millennials would’ve wanted back then! 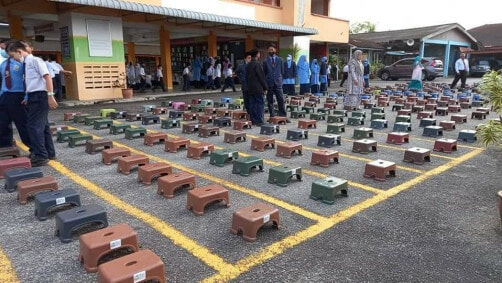 The images were shared by the Facebook page Teacher collection and have gained the attention of fellow Malaysians. However, the reactions toward the chairs in the assembly have been mixed. Some actually praised the school for the initiative and the positive changes as time passed.

‘I think it’s a good initiative. Not every generation of students has to sit on the floor or stand for the entire assembly. They can even share the different experiences to their grandkids,’ said the user.

Another user questioned the necessity of the long period of morning assembly.

In the meantime, another user commented and said that times have changed and that it makes sense for people to move forward, instead of taking a step back.

‘I think it’s fine for them to sit on the chairs. It’s just like the filing system, we used to write it and now we’re using different devices. We have to move along with the time.’

‘It disgusts me to see the people who blame this generation for being snowflakes,’ added the user.

Meanwhile, another user said that there is no need to compare the differences in experience as times have changed.

‘Gosh, the mentality. Nothing wrong with providing assembly chairs. We’ve experienced how tough it was to sit and stand under the sun, do we want our kids to go through the same thing,’ asked the user.

On the other hand, other Malaysians seemed to be less fond of the idea of providing assembly chairs for the students.

Some have sarcastically commented and said that the school should provide more amenities in the future, such as better chairs and air conditioning.

‘Up next, couch, air-con, and roofs. We have to pamper the Gen Zs,’ commented one user.

Another user said, ‘There’s good and bad, but I would still prefer the students to stand. It trains their physical and mental strengths.’

Do you think that the school should ensure the comfortability of its students or should the latter be trained to endure physical & mental hardships?

Also read: Students in KL Visit Their Teacher at Her Grave After The End of SPM Papers To Thank Her 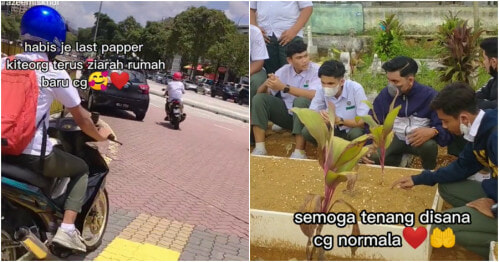