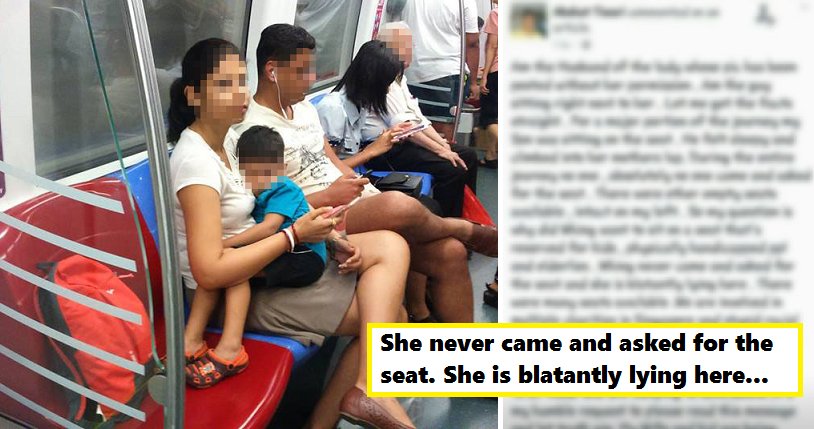 In the latest Singapore drama, a major social media argument erupted when an elderly lady decided to shame a family over a very minor dispute.

On May 15, 2017, Whing decided to ungraciously photograph a family and post the uncensored photo online. Apparently, the mother had refused to remove the young boy’s legs off of the reserved seat on an MRT. 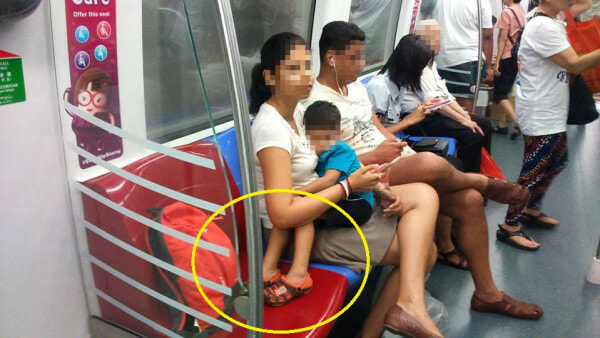 “See how inconsiderate, unreasonable and selfish these people can be. I said ‘excuse me please’ as I needed to sit.

“She told me that her son’s legs would remain as they were and I should accept that with whatever disturbance that came with it, if I still wanted to sit.

“She was depriving a senior of the right to a seat that was reserved for seniors and other physically challenged people.”

It all seemed as though Whing was completely telling the truth and netizens all went berserk at this little family. They condemned them, cursed them, and even threw VERY racist slurs at them!

However, Akshat, the husband of the family being slammed online could not sit quietly. He said that NOBODY asked them for the seat. Meaning, Whing was possibly just fishing for attention. 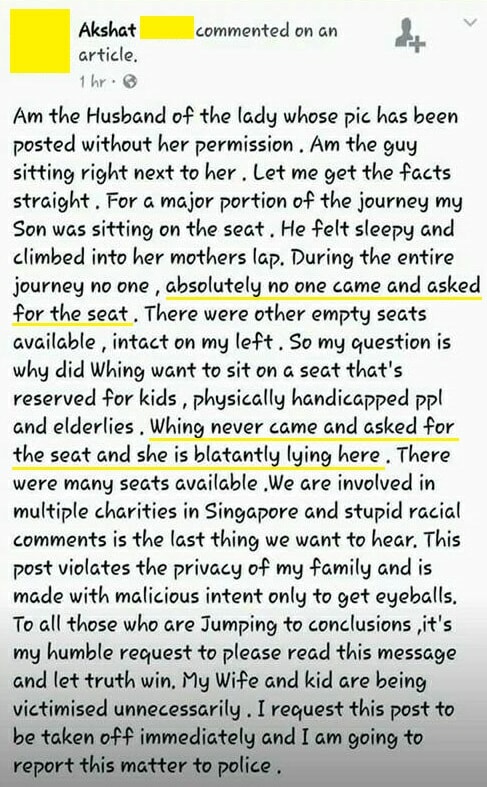 Netizens realised that the family was wrongly persecuted over an allegedly false story and sided with them.

But of course, Whing wasn’t gonna stay silent either. In yet another Facebook post, she ranted about how Akshat was lying instead.

“Contrary to what her husband had posted, I was not the one who was telling lies. What I had posted in Facebook was nothing but the truth.”

“There was indeed no empty seat at the point of time as I entered and walked from one end of the two rows of seats to that reserved seat in question.

She then tried to play the victim card by stating how she was just a defenseless woman and they were really scary people.

“There was no point to reason with such unreasonable people in the train and to avoid an ugly confrontation seeing how aggressive they were and I was only a single helpless lady.

“What more could I do under such circumstances, then to take a picture.”

Whing even went on to rant about how this was a ‘rare sight’ and so she just ‘could not miss’ the opportunity to take a photo of it.

Of course, netizens caught on to some of the loopholes in her story and proceeded to slam her. 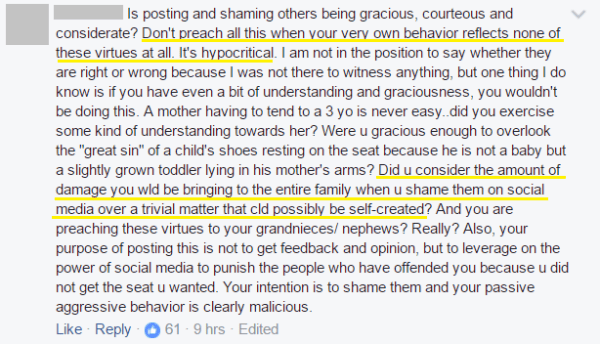 Akshat has made a police report against Whing and her accusations. Whose side are you on?

Also read: “She is Like My Sister,” Says Pervert Who Got Caught Recording Singaporean Woman 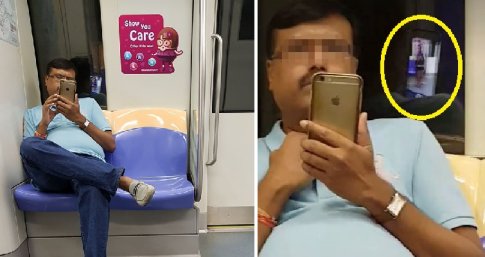