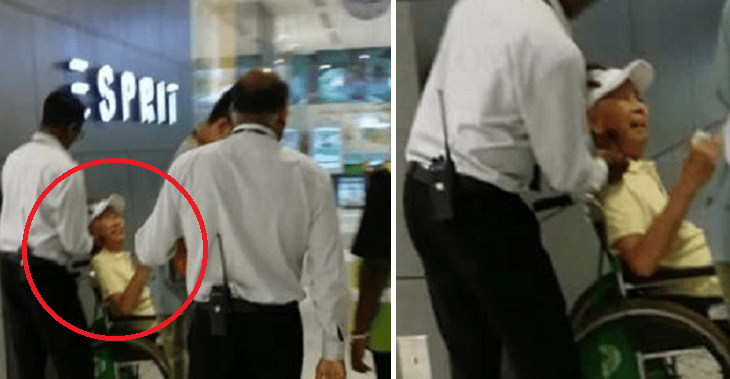 We’ve watched quite a number of zombie apocalypse movies to know that when someone randomly bites another person for no apparent reason, the biter might just be a zombie.

So there is absolutely nothing wrong for Singaporeans to FREAK OUT because some random young man just bit an elderly man for no frigging reason!

According to STOMP, a lady named Tan was in ONE KM shopping mall on June 14, 2017 when she suddenly heard a man screaming.

She turned around only to find a wheelchair-bound elderly man with a bite wound on the side of his face. 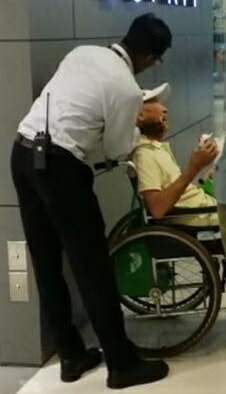 “The man in the wheelchair was bleeding and screaming for help.”

But it didn’t take too long for help to arrive.

“Thankfully the mall’s security guards came to his rescue and quickly wiped the blood from his face. They were very fast.”

Not long after that, the police also arrived to investigate the matter and paramedics came to aid the poor uncle. 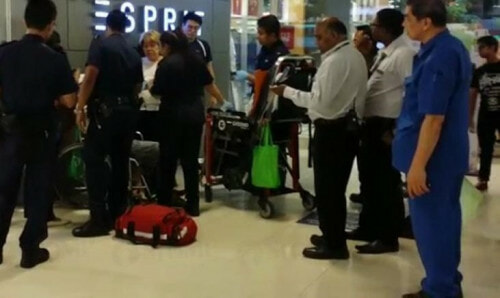 The police confirmed the incident with the media. They said,

“On 14 Jun 2017 at 6.57pm, police were alerted to a case of voluntarily causing hurt at 11 Tanjong Katong Road.  A 90-year-old man was conscious when conveyed to Tan Tock Seng Hospital.

It seems as though the perpetrator was in his 20s and there weren’t any specific motive for this odd attack.

Watch the uncle scream in pain here after the incident:

Subsequently, netizens began freaking out at this abnormal incident. Some are saying the young guy might have been a drug addict who lost control and went crazy.

Others are citing that it could be a sign of the start of an apocalypse. Lol, really now?

“People don’t go around biting people like that. I swear, zombies are real and they are coming for us. Better prepare yourself!”

What do you guys think actually happened? 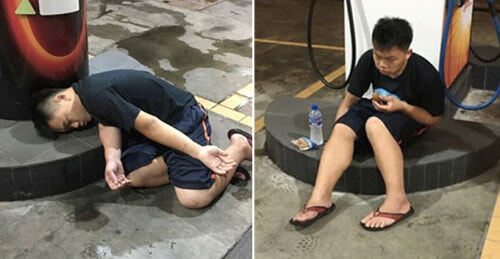