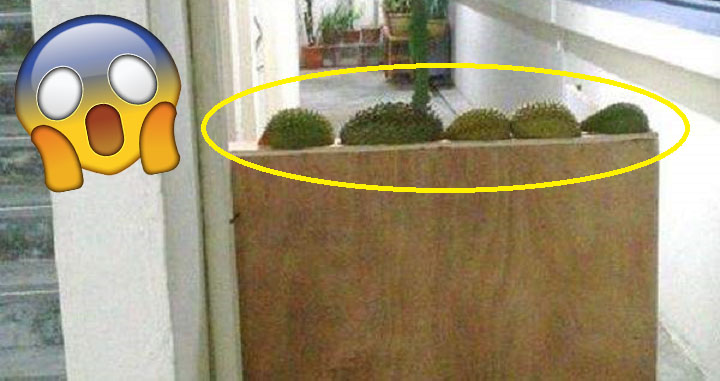 Yishun is known as the ‘black hole’ of Singapore. Mention this particular town to anyone from that island and it will surely entail alert reactions all of a sudden.

It has become such a feared town that people even considered building a wall around it. 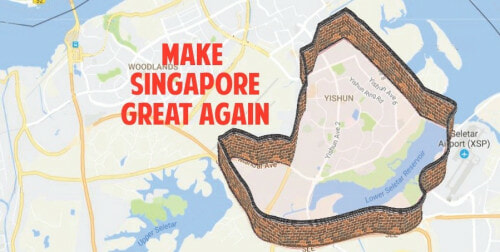 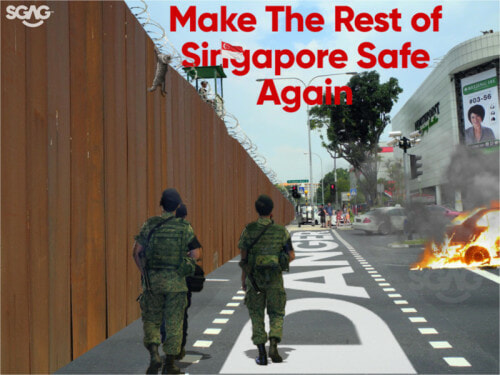 Though everyone took it as a joke, one citizen who goes by Lee, totally took building the wall seriously. The 61-year-old man from Yishun Ring Road Block 112 could no longer stand his neighbour’s behaviour, All Singapore Stuff reported.

For many years, the elderly man had to put up with the outrageous behaviour of his neighbour as she constantly poured oil, urine, salt, gravy and all sorts of waste at his unit almost every day! 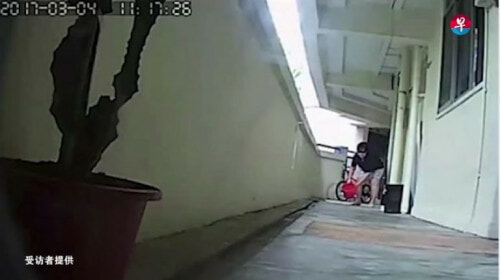 This has ultimately caused his gate and bicycles to rust.

He could no longer tolerate her disgusting behaviour and resorted to building a wall to ward off her nasty dumping. However, it still did not deter the horrid woman from continuing this horrible habit.

And so, Lee had no choice but to ‘upgrade’ his wall by adding pipes, cactus plants and even durian shells! 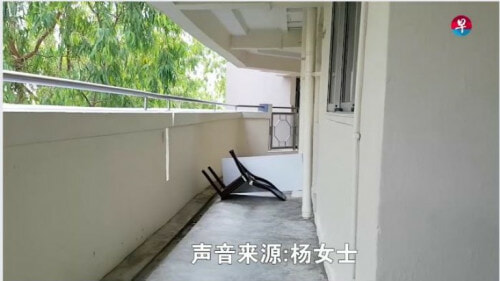 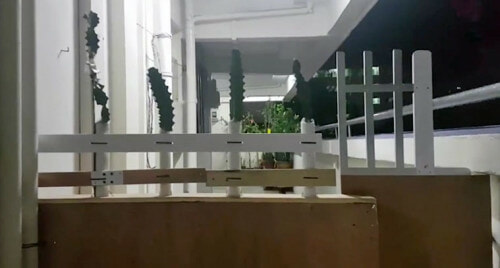 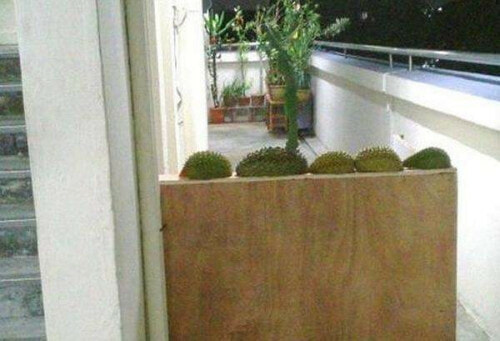 after. Source: all singapore stuff

Apparently, it took him five hours to complete this structure. Though it certainly isn’t the Great Wall of China, it’s still pretty impressive, don’t you think?

Thanks to his creativity, his neighbour could no longer go near his unit to throw anymore crap over.

Lee also hopes the authorities can step in and look into this matter.

Watch this neighbour from hell carrying out the horrible deed here:

Do you guys have any neighbours from hell? Share your experience in the comments section below! 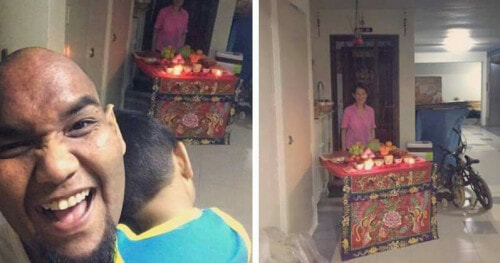