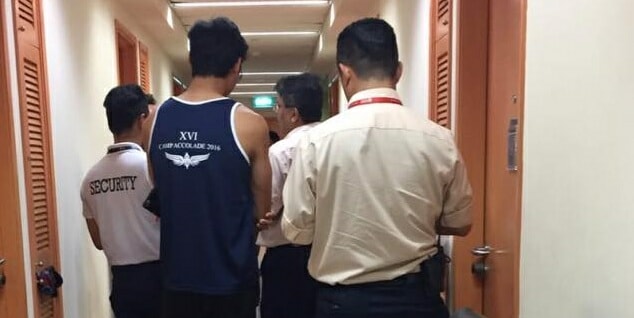 A pretty surprising incident recently happened in Singapore’s Nanyang Technological University, known to be one of the best unis in the world. Their student-run campus news site reported this just a couple of hours ago.

Two students from “Hall of Residence 16” caught a bugger taking videos of some male residents while they we’re in the showers. Lord knows what he’d do if they dropped the soap!

One of them, a sophomore “School of Mechanical and Aerospace Engineering” student, who would like to only be known as George, tells the the tale.

He was in the shower at around 1am last night, when he looked up and noticed someone holding up an iPhone above his cubicle door.

This enraged him and he rushed out to confront the pervert, which ran into and locked himself in another cubicle to hide.

George called his roommate to help and together, they confronted the perv as soon as he exited the bathroom. He was later confirmed to be a 24-year-old Hall 16 resident!

The roommate had alerted campus security which, in turn, alerted the police.

George and his roommate reportedly found a whopping 66 videos of male students showering saved in his phone!

They also found that the suspect had tried to delete the videos but they were recovered under a “recently deleted” folder.

“We’re supposed to feel safe and secure, but now I can’t shower without looking over my shoulder” 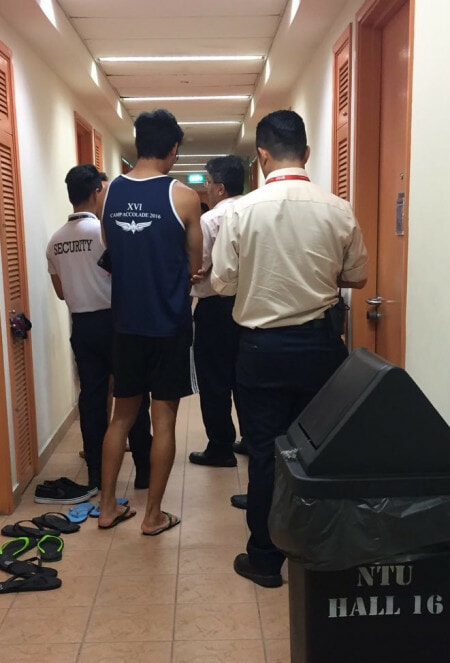 The police have confirmed that they are investigating the incident. This, however, isn’t the first time such a case happened as just last semester another peeping tom was caught IN THE SAME HALL!

“We strongly advise all residents in every hall, no matter their gender, to be careful when they shower or use the washroom. No one is safe, so bathe quickly and be observant of the openings in the toilet cubicles.”